(May 13, 2022) Sitting for the Homi Bhaba exam in 2019, Nagpur-based Stem lover Joy Agrawal had an epiphany – the underprivileged students have no access to practical labs. This thought gnawed at him for weeks. The then 13-year-old understood his privilege of having access to all the resources, while the disadvantaged had no money to even order science kits. He knew he had to find a solution, and this gave birth to Project Gyan in 2020. “It’s an effort to help quality Stem education reach the young minds through practical and application-based education, focusing on the underprivileged children,” changemaker Joy tells Global Indian.

In two years, what started as a classroom of 10-12 students has now reached over 1600 students across five schools in Nagpur, Maharashtra. “Practical exposure is necessary to get children thrilled about education. When we started, many students wanted to help their daily wager worker parents with their chores but in a few months, some wanted to build airplanes. That shift in perspective is a victory for me and Project Gyan,” says the Class 10 student. 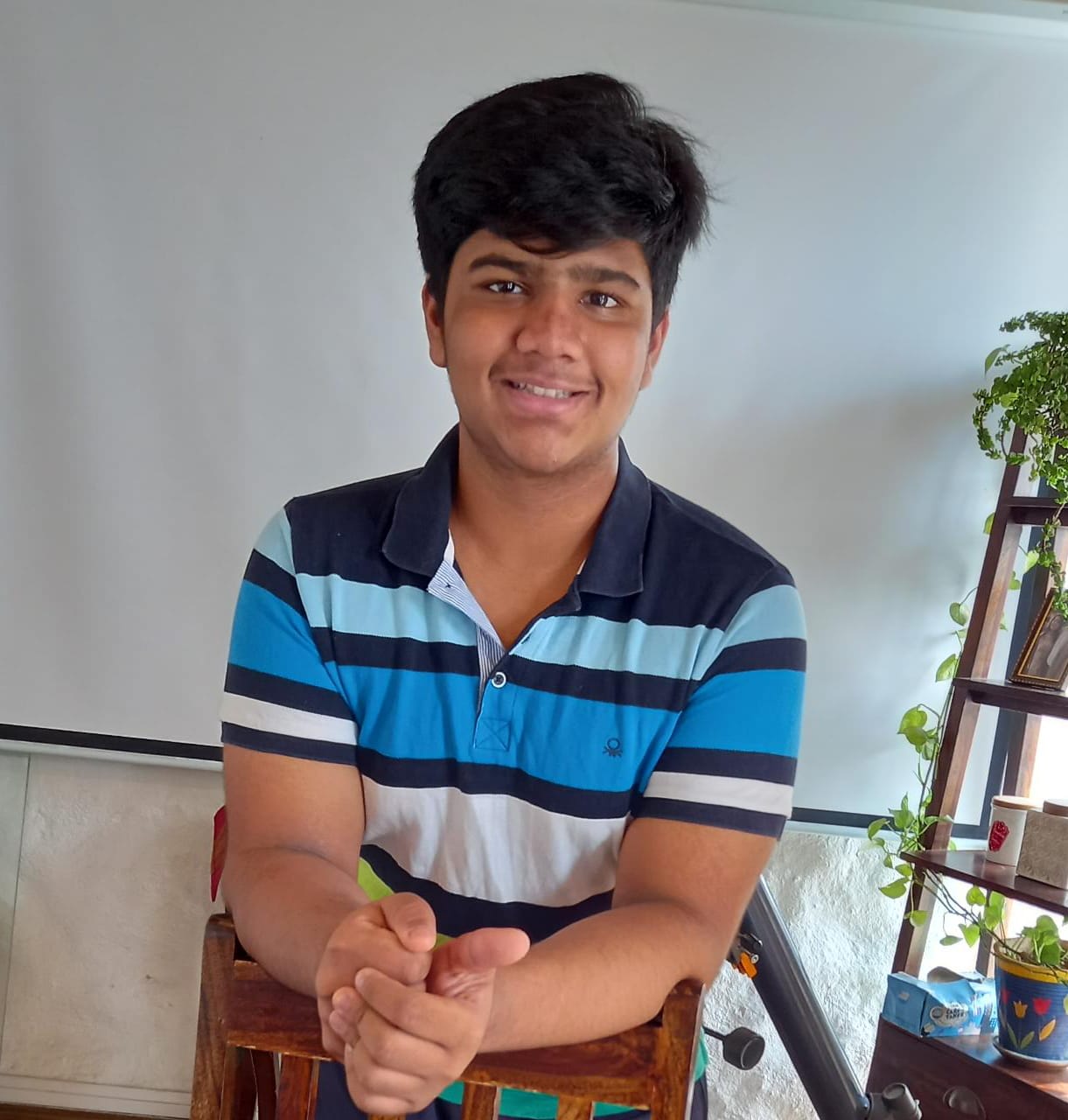 Born in 2006 in Bareilly to financial consultant parents, Joy was raised in Nagpur. A space tech enthusiast, the outer world always fascinated this teenager. But his interest was piqued after his parents gifted him a telescope at the age of 10. “For a year, I’d sit every day gazing at the stars or looking at the asteroids. But with time, it became less frequent. However, lockdown changed it as the sky was clear again,” says the Centre Point School student who discovered two asteroids in 2021 as a part of Spaceport India Asteroid Search Campaign in association with Hardin-Simmons University Texas.

His discoveries have been designated as 2020 RD95 and 2020 RJ83, says the 15-year-old who adds that NASA will use the data for a year or two to confirm the provisional discoveries after an in-depth study. “I am obsessed with space and technology,” reveals Joy who loves doing everything in the area of space tech. While the telescope turned out to be a gamechanger for this teenager in the world of space, it was a robotics course that made him fall in love with technology. “As a kid, I loved swimming and would spend two hours every day in the pool. But it was put on hold for a while as the pool was under renovation. It turned out to be a blessing in disguise. With time on my hands, I enrolled in the robotics class, and I haven’t looked back since,” adds the teen changemaker, who is the founder of Community Space One. “Our mission is to achieve sustainable development goals with the help of space technology. It was in early 2021 that I identified like-minded people, and soon started Community Space One,” says the boy, who is keen to make a difference through remote sensing and earth observation. 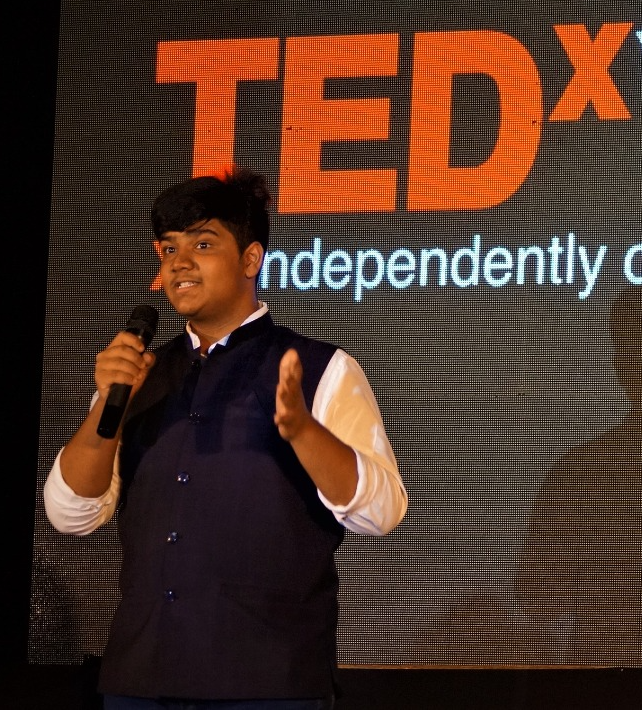 Making an impact through STEM

This love for technology led him to be selected by Peace First, the world’s largest incubator for youth-led social change initiatives, for a project grant. “It’s a mini-grant for projects on the lines of social change. I won $250 with which I started Project Gyan in 2020. Started during the pandemic, I initially needed no funds as I was conducting live workshops for the underprivileged kids virtually,” says Joy who started with the students of St Michael’s High School in Nagpur. Being the vice president of the Interact Club at his school, Joy came in touch with the Rotary club and zeroed in on an institution that has many underprivileged kids. “I began with a 1-2 hour class every Saturday wherein I performed experiments and explained concepts. Later, I expanded Project Gyan to four more schools in Nagpur and two tribal schools in Maharashtra,” adds the changemaker who provides kits to schools for students to get hands-on experience in science practicals. “I love science, and I understand its potential. I want these kids to explore their potential through Project Gyan,” says Joy, who is now working with a team that looks into distribution and planning, maintaining the website, social media, and creating videos. 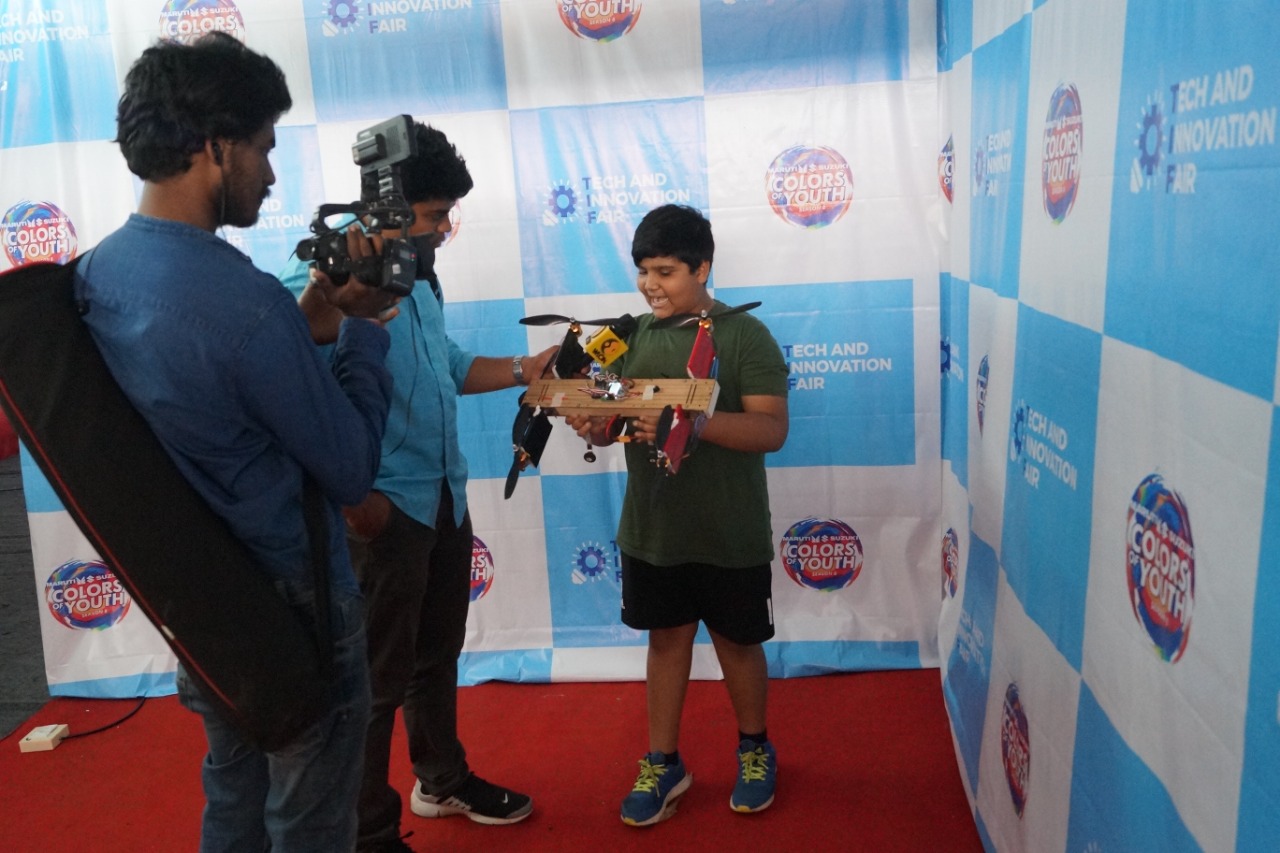 Joy Agrawal at IIT Madras with his quadcopter

With 1600 students now and a grant of ₹40,000 from Vicco Labs, Project Gyan is spreading its wings and has expansion plans in Central India. Things weren’t smooth at the start – he found that many kids had no access to mobile phones. “Three-four students were using one phone to attend my classes initially.  This made me understand the extent of the disparity. But with passing months, I realised they too had dreams, and given the practical exposure, they can work towards following their dreams,” says Joy, who plans to make the study kit available globally for anyone to access.

Joy, who is currently sitting for his board exams, has plans of pursuing a bachelor’s degree in computer science from MIT or Harvard and a master’s in space system engineering. “Working with the UN is my dream. But at some stage, I would want to launch my start-up in space tech,” says the teenager, who calls himself a “changemaker who wants to create an impact through Stem”.

At 15, Joy is busy creating social impact, and the teenager advises youngsters to “not follow the herd. Instead, explore your niche. Don’t replicate another person’s journey. Do your thing and only then you will be able to make a difference.” The teen changemaker, who firmly believes that sky is the limit, loves reading books, playing with his dog, and listening to music in his free time. “I don’t need to unwind as I love every bit of what I do. When you enjoy your work, you never need a moment to take a break from it,” concludes Joy.