(August 2, 2022) As you read this, the two-hundred-year-old Dutch publishing house, Elsevier, is busy printing copies of their latest book on artificial intelligence and deep learning in pathology, with a 30-page chapter written by a 19-year-old Indian-American scholar, Tanishq Abraham. And it is not his first contribution to the scientific world. This young scholar has been writing journals and authoring scientific papers since he was merely ten years old. He is also responsible for discovering a supernova, an exoplanet, and a solar storm while going through hundreds of images from NASA’s Long-Range Observatory and Kepler projects – just when he was eight. 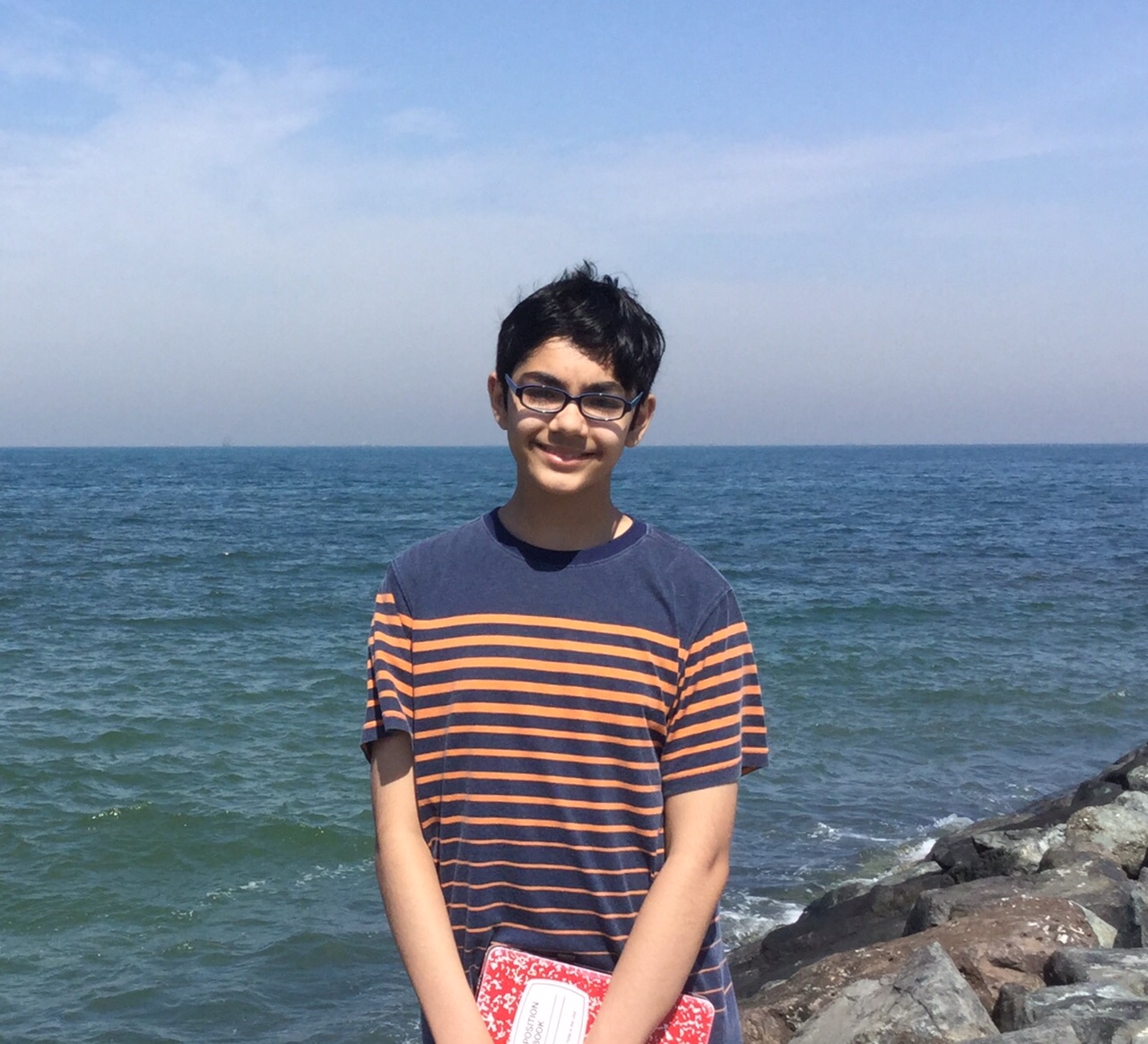 When most youngsters his age are still trying to figure out the course of their lives, Tanishq is a member of the Levenson Lab at UC Davis, where he is working on understanding the application of deep learning for digital pathology. In the running for the Global Student Prize 2022, the young scholar is the youngest ever member of Phi Beta Kappa, the oldest academic society in the United States of America. Global Indian takes a look at the marvellous journey of this child prodigy, who is revolutionalising the world of biomedical engineering.

With their roots in Kerala, Tanishq’s parents, veterinary doctor Dr. Taji Abraham and techie Bijou Abraham, moved to the United States in search of better career opportunities. A few years into his birth, his mother knew that her son was a special kid as he could solve basic mathematics problems at the age of two, a feat not many can achieve. Two years later, he took the Mensa exam and scored a brilliant 99.9 percent.

Realising that it would be difficult for any school to match their son’s genius, the couple decided to home-school Tanishq. At five, the child prodigy cracked Stanford University’s math course, offered under their Education Programme for Gifted Youth, in just six months. Owing to the need that he had to socialise with other people, Tanishq was enrolled at the local community college, while he prepared rigorously for his high school exams at home. 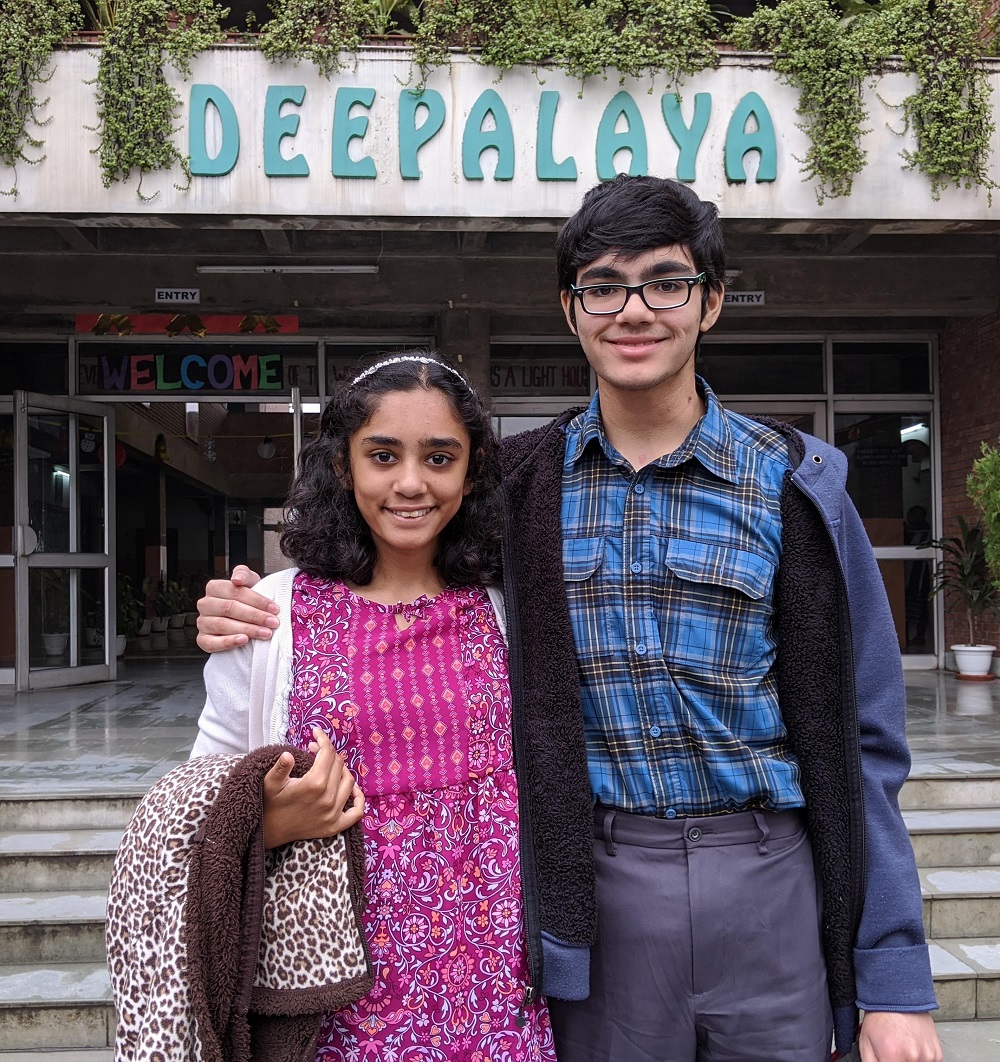 At nine, Tanishq became the youngest person to speak at NASA’s Ames conferences in 2012, after he discovered a supernova, an exoplanet, and a solar storm while going through hundreds of images from NASA’s Long-Range Observatory and Kepler projects. Just a few months before his 11th birthday, the scholar earned his high school degree, making him the youngest to do so in the US. Interestingly, Tanishq’s younger sister, Tiara, is no different than him too. The 16-year-old musical prodigy recently received the Young Arts award in Classical Voice 2022.

Changing the course of biomedical engineering

A 10-year-old armed with a high school degree, Tanishq’s next stop was American River College, where he graduated junior college with three associate degrees. Motivated to pursue a career in medicine, the scholar joined the University of California to pursue a degree in biomedical engineering. “I decided to go into biomedical engineering because it’s interdisciplinary and at the forefront of medical research. It’s a field with the potential for positive impact on society,” Tanishq said during an interview with the UC Davis Magazine. 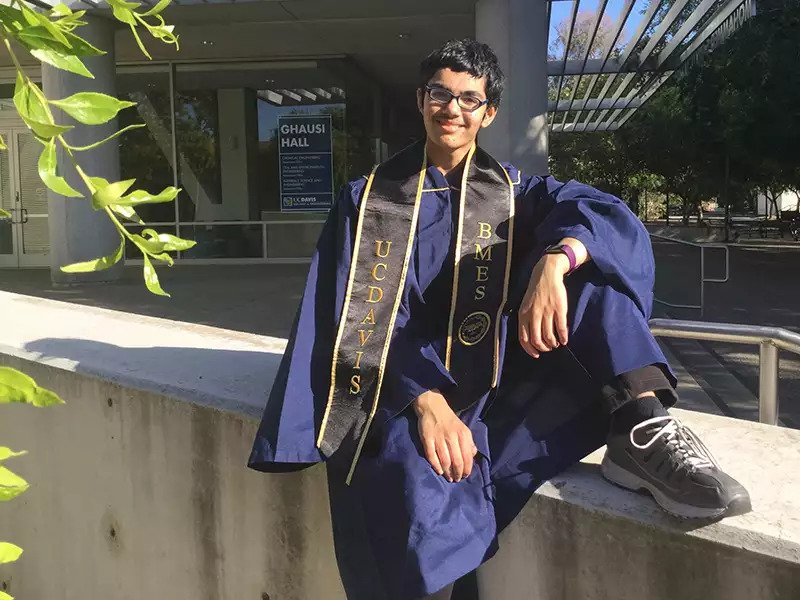 Tanishq during his graduation ceremony at the University of California

At 15, Tanishq decided to join the University of California’s Ph.D. programme in biomedical engineering, which he is still pursuing. Under the able supervision of Dr Richard Levenson, the scholar is researching the application of deep learning (especially generative networks) to novel microscopy techniques for digital pathology. “Through deep learning, we should soon be able to enhance images from microscopes to make them easier for pathologists to interpret. Radiology and pathology are already suited for the integration of AI technology as these areas of medicine involve sets of digitised images,” he informed UC Davis Magazine.

A STEM educator on Twitter, Tanishq has been inspiring young minds to follow their passion through TEDx Talk. Recently, the scholar also wrote a 30-page chapter titled, Applications of Artificial Intelligence for Image Enhancement in Pathology, as a first author. The book, which focuses on Artificial Intelligence and Machine Learning in Pathology, is a multi-author book.

But it’s the funding that’s keeping him at a hand’s distance from his goal. Urging the society and governments to fund research facilities, the scholar told UC Davis Magazine, “It’s amazing that science accomplishes as much as it does when research receives so little funding in comparison to other budget priorities, such as the military. We need to fund the NSF and the NIH, cash from them trickles down to many labs, including those at UC Davis. And you never know when science will make a huge discovery that changes lives and helps many people.”

From being called low-functioning to creating history, Hari Srinivasan has come a long way