(May 28, 2022) One of the world’s most prestigious academic programmes, The Rhodes Scholarship is an international postgraduate award for students, giving them a chance to study at the University of Oxford. Established in 1903, it is the oldest postgraduate award and its scholars have made their mark around the world, becoming politicians, academics, scientists, authors and entrepreneurs. Famous Indian-origin Rhodes Scholars include Louisiana governor Bobby Jindal, economist Sanjeev Sanyal, member of the Economic Advisory Council to the Prime Minister of India, physician and Pulitzer-Prize winning author Siddharth Mukherjee, former deputy chairman of the Planning Commission, Montek Singh Ahluwalia and Kannada playwright Girish Karnad.

The 2022 scholars are a diverse and versatile lot, including doctors, scientists, researchers and innovators. Global Indian takes a look at some of the Indian and Indian-origin scholars who will head off to Oxford this year. 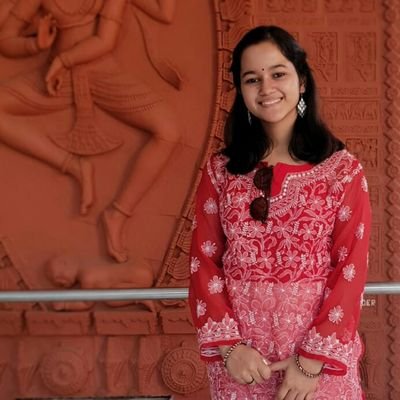 Ritika was 19 when she was selected a Rhodes Scholar 2022, making her the youngest Indian to win the prestigious scholarship. She is one of the five winners from India. “I am interested in sleep physiology and the metabolic level studies of sleep patterns and related states,” she told Rediff.com

She’s currently working on a project that “studies sleep patterns of Northern elephant seals who come to breed on the beaches of California.” The project is in collaboration with a team at the University of California, Santa Cruz.

Encouraged by her teachers at Miranda House, along with a host of mentors and seniors, Ritika learned her academics and a set of professional work ethics, too. She is also the founder of InVoIMEnt (Internships, Volunteering, Mentorship, Entrepreneurship), to create opportunities for Indian undergraduates to be exposed to quality work experience. The young researcher intends to return to India and continue her study of interspecies sleep differences and hopefully, make a positive impact on animal conservation efforts. 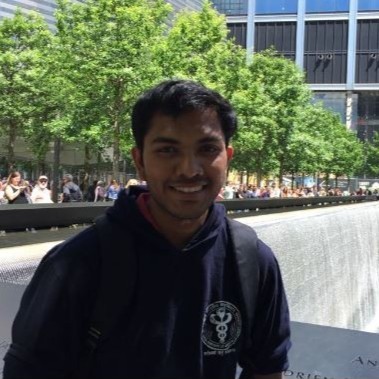 Varad joined the All India Institute of Medical Sciences in 2015, with an all-India rank of 15 in the entrance exam. After completing his MBBS, Dr Varad Puntambekar chose to work with community healthcare, becoming a public health fellow at SEARCH, instead of the tried and tested route through private hospitals.

He became part of NIRMAN, a programme under Society for Education, Action and Research in Community Health and arrived in Gadchiroli, Maharashtra for the first time. It was his chance to work at the grassroots and better his understanding of solving issues at the community level.

As a public health fellow, Varad has been part of preparing community guidelines for Covid-19, improving vaccine coverage in rural areas, providing clinical services in OPD and IPD, helping improve the quality of mental healthcare and training community health awareness on de-addiction in villages. He believes that working at the grassroot level is crucial for every doctor, in order to explore healthcare challenges in remote locations.

Varad has developed an innovative device to help screen congenital heart defects and hopes to pursue research on interventions for maternal and infant well-being at Oxford.

In November 2015, 400 PPM, a documentary on climate change, saw a quiet-ish online release. The narrator, Maya Burhanpurkar, then still in her teens, stands beside an ice fjord in the Arctic, capturing it melt on camera. The film also featured prominent Canadians like author Margaret Atwood, former astronaut Colonel Christopher Hadfield, the explorer Wade and Nobel Laureate Dr Brad Bass. The documentary was awarded the international Gloria Barron Prize and has been seen by over two million students around the world.

Growing up in Ontario, Canada, Maya was ten when she built a microbiology lab in her family basement, where she would conduct her scientific experiments. In 2012, as she entered her teens, Maya’s project on Alzheimer’s disease won her the platinum award at a student-level science fair in Canada.

At Oxford, Maya plans on doing two master’s degrees, one in Advanced Computer Science and the other in Philosophy of Physics. 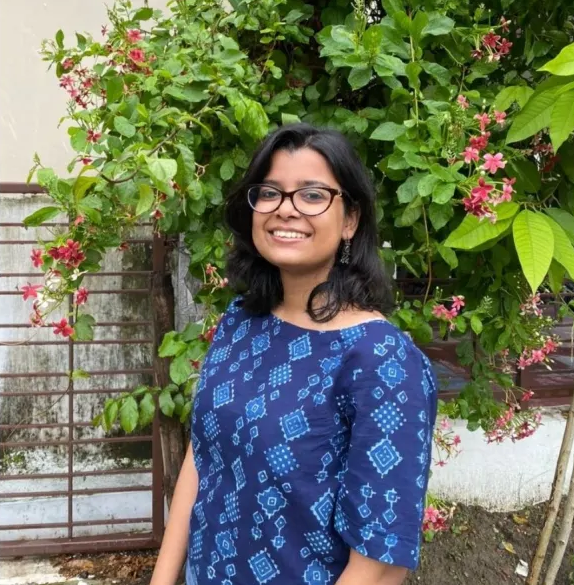 A student of National Law University of Juridical Sciences, Kolkata, Adrija Ghosh works as a research consultant on projects related to the death penalty at Project 39A, part of the National Law University Delhi. Her areas of interest include equality law and human rights law. Her research has involved the constitutionality of the marital rape exemption and the culture-based justifications for its retention. She also worked on citizenship rights issues, focussing on the Foreigners’ Tribunals in Assam.

Adrija always knew she was academically inclined, she says in an interview. ( https://www.scconline.com/blog/post/2021/12/20/in-conversation-with-adrija-ghosh-on-winning-rhodes-scholarship/ ). At law school, she enjoyed research and writing, engaging logic and reason to build arguments.

She hopes to build on the research she has undertaken in India and on her skills as a lawyer, to use as tools to protect the rights of individuals and minorities. 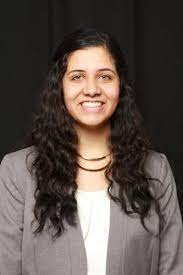 Growing up in North York, Ontario, in what Aditi has described as “a racialised community in Toronto,” she would see the disparities between the schools in her neighbourhood compared with others. As a child of immigrants, it was plain to her that their community fell short in terms of amenities. It stoked her interest in financial regulation and economic policy. This October, the Indian-origin scholar will head to Oxford University, one of 11 Canadians selected for the Rhodes scholarship. There, Sriram is looking at a masters of Public Policy and a master’s of science in public policy research at Oxford.

Currently an analyst at Good & Well, an impact investing firm, Aditi graduated from the University of British Columbia’s Global Resource Systems Programme in 2016 as a Scace Loran Scholar. During her time at UBC, Sriram helped implement a mental health programme on campus, worked with non-profits in Africa and the UK, engaging with sex workers and injection drug users. She also travelled to France to study French and attended the International Students Summit on Food, Agriculture and Environment.

“I was initially interested in our education and social welfare systems and why those systems were failing our most vulnerable,” she told the Loran Scholars Foundation. “The realisation that there is a strong profit motive for inequality to persist is my motivation to study public policy.”

Sriram hopes to use her knowledge of economics and public policy to streamline the distribution of financial benefits across socioeconomic classes both locally and internationally.

Making a mark on world cinema