(December 31, 2021) The news of the first all-Indian team to compete internationally at the 2021 Asian Le Mans in February sent ripples of anticipation among Indian racers. The all-Indian driver line-up of Narain Karthikeyan, Arjun Maini and Naveen Rao came in fifth place, and spurred the racing aspirations of many.

New technology, new drivers, and hopefully more corporate involvement are what we can expect in the future. We need to break away from cricket being sold as the only sport in India. – Gaurav Gill

Of course, the memory of Formula 1 great Michael Schumacher wheel to wheel with Jean Alesi in a tarmac crunch to the chequered flag at the 1995 Europe Grand Prix, is still among the most memorable moments for racing aficionados, etched in many minds. Finally, India too has taken to a sport that is not cricket. Many youngsters are training, learning and being mentored to be the next Schumacher (or close), and it is a sign of the growing popularity of motorsports in India. Ten years after that 1995 scene, Coimbatore-born Narain Karthikeyan scripted history by becoming the first Indian to debut at Formula 1, inspiring the current generation to get behind the wheel of a mean machine that can go insanely fast around a corner.
The adrenaline rush, blind cuts, and need for speed keeps every racer revving. However, the lack of sponsors and expensive gear often play spoilsport, thus nipping many dreams in the bud. Perhaps, this most expensive sport in the world is finding stable footing in India with a handful of young Indians revving up at the start line, and pushing the gas pedal on greater accomplishments.

This October, the 23-year-old racer Arjun Maini became the first Indian to make a podium debut at the DTM Championship after claiming second place at the Norisring (Nuremburg) race circuit. “For me, it was a very special moment to be the first Indian driver in DTM and I am very proud of it,” tweeted Maini.

The Bengaluru boy started with go-karts when he was eight, thanks to his racer dad Gautam Maini, who once participated in the national championships. It was in 2011 that the racer made headlines when he won the Sahara Force India’s One from a Billion talent, and since then there has been no looking back for this lad. 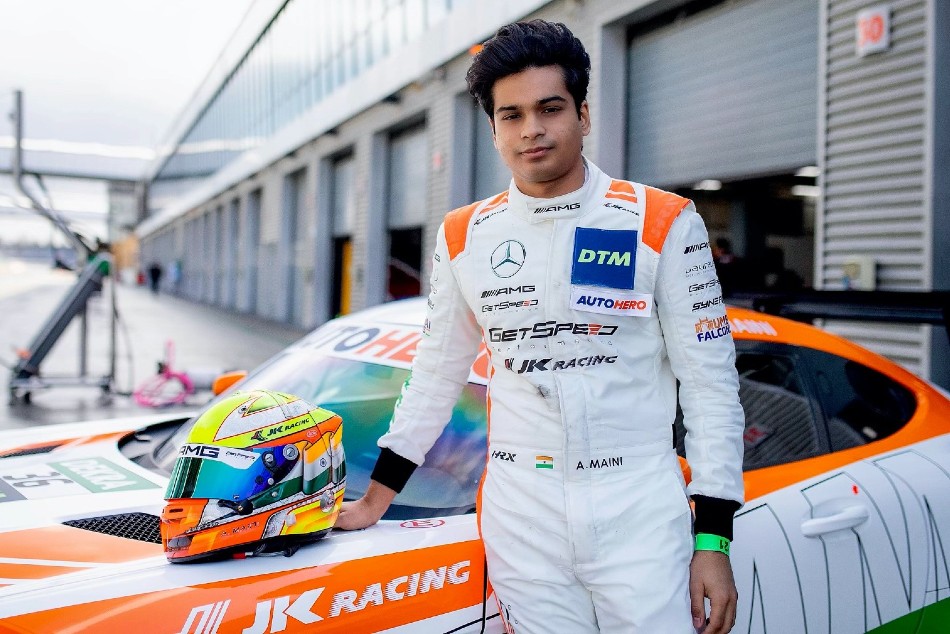 If Arjun is vrooming through unchartered territory with each of his races, his younger brother Kush Maini, too, is busy taking the legacy forward as he made his debut at the World Endurance Championship in Bahrain this year. Following the footsteps of his brother, the 21-year-old began his journey with the national karting championship before graduating to cars in 2015. In no time, he made waves in the European racing circuits by competing in the Italian Formula 4 championship, and British Formula 3 championship. However, it was this year’s Formula 3 Asian Championship where his team Mumbai Falcons did the unthinkable by clinching a third place at Yas Marina Circuit in Abu Dhabi. “The year 2021 Asian F3 Championship has not been the smoothest of rides, had a lot of engine issues throughout the campaign and some unlucky moments but all the credit goes to @mumbaifalcons who never stopped believing in my capability and we finished off the championship strong with a podium. A historic moment for Indian motorsports and it’s been a pleasure to be a part of it,” he wrote on his Instagram after the historic podium finish.

A universe of opportunities

If the Maini brothers found inspiration through their father, 19-year-old Formula 4 racer Yash Aradhya’s love for motorsport stemmed from his need for speed. The recipient of the Pradhan Mantri Rashtriya Bal Puraskar, Yash’s passion began at nine years of age, and despite no family background in motorsport, the teenager dived into the game out of sheer love. “I started with karting and here I am,” the Bengaluru-born teenager tells Global Indian Youth.

Each year, new names crop up, and sponsors are at the heart of this expensive sport, and a deep bank balance too. “Motorsports is an expensive sport but I wouldn’t say the same anymore as opportunities are being given at the grassroot level. You have a chance of being picked up and taken forward as long as it’s backed by the performance that helps the sponsors and investors put their faith in you,” adds Yash, who has dreams of becoming a Formula 1 racer. 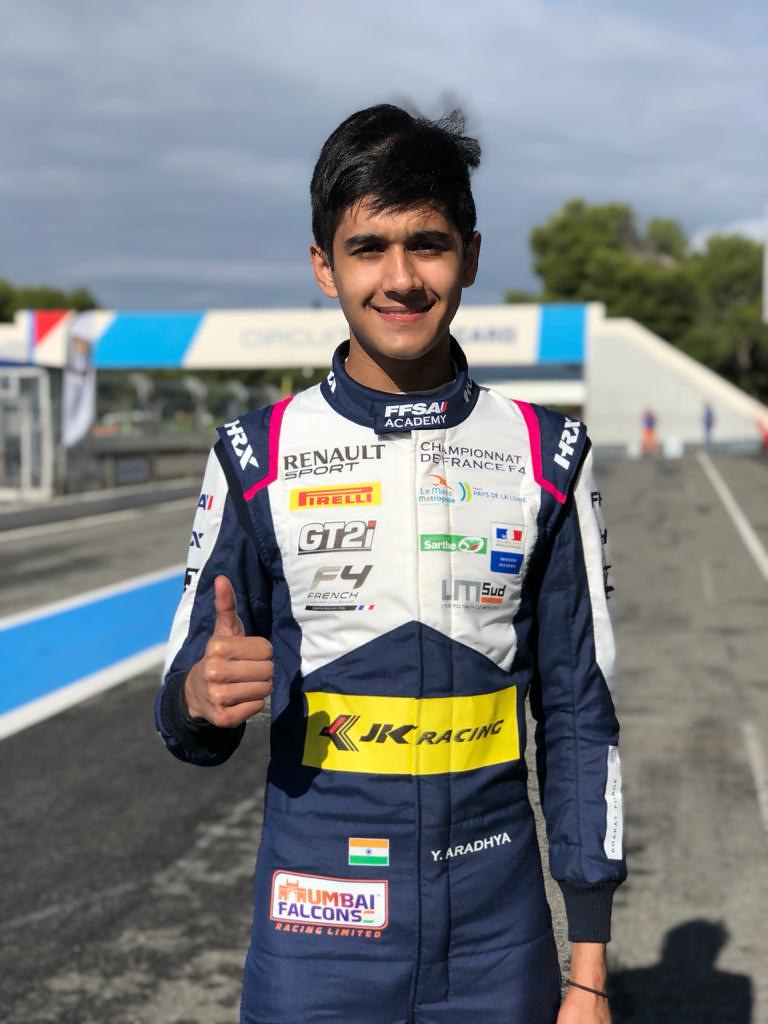 It’s been a decade since Indian racer Karun Chandok turned up the heat on the racing track in Formula 1, but new blood is now gearing up to test the waters by putting themselves on the biggest platform. It’s the plethora of opportunities that have made these youngsters confident of their skills and talent. “The new generation is quite lucky as there are so many opportunities for us in India, and the costs are low. We get the European standard of racing in India with European drivers coming in and giving us the best exposure and opportunity to prove ourselves and gain experience,” adds Aradhya.

Like Yash, Jehan Daruvala, too, was just nine when he found motorsports. Spanish Formula 1 driver Fernando Alonso kept Jehan glued to the Formula 1 track as a child. Now, a decade later, like his racing hero, he is all set to knock the doors of Formula 1. At the cusp of achieving his childhood dream, the 23-year-old has come a long way. From excelling in karting championships across Europe in 2013 to transitioning to cars in 2015, he has proven his mettle time and again. So much so that he has found a fan in Arjuna Award-winner and racer Gaurav Gill. “Jehan is doing great at the world level in Formula racing,” says Gaurav Gill, who won the Asia Pacific Rally Championship thrice and Indian National Rally Championship six times. 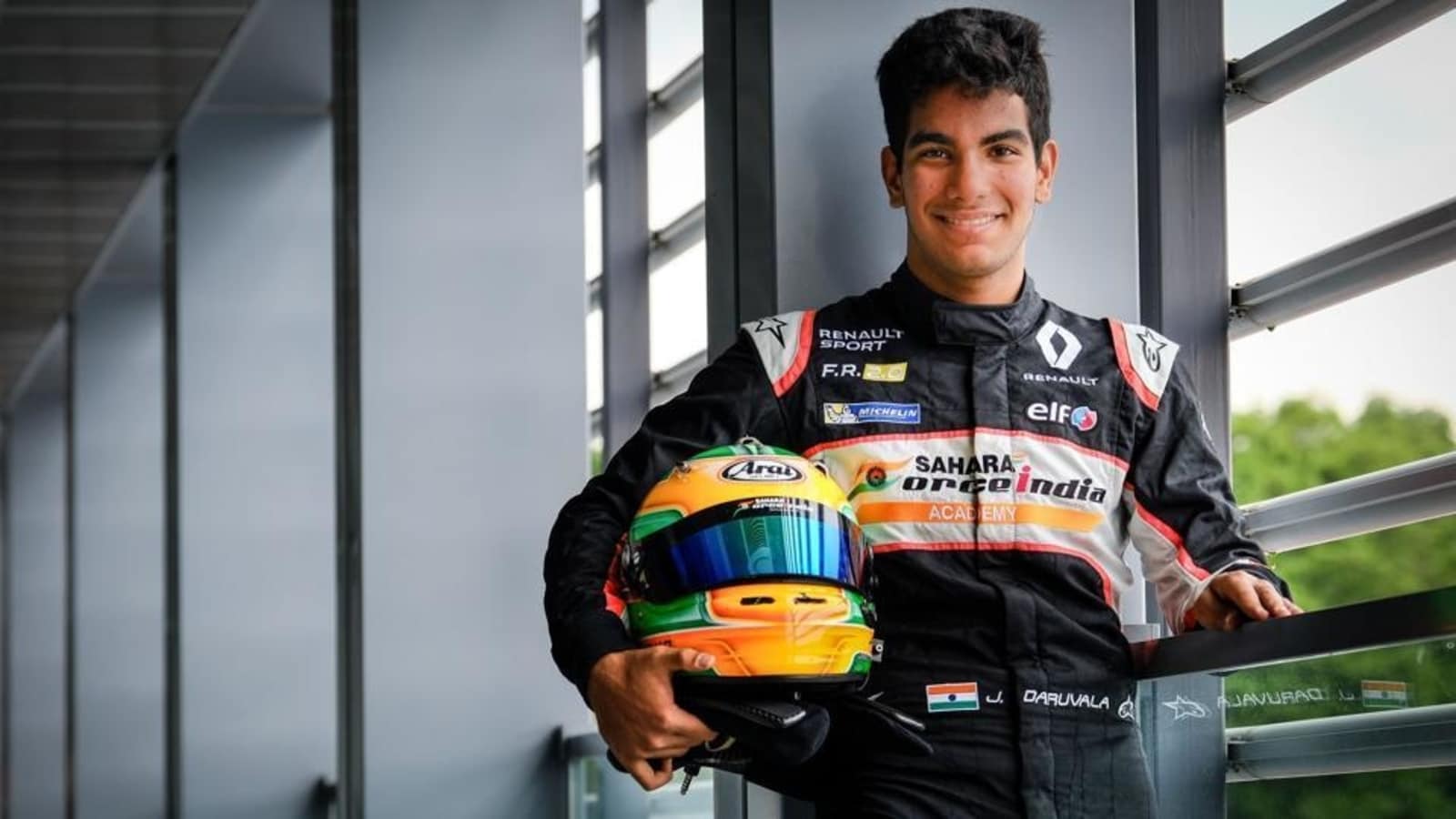 The future is bright

It was in the early 2000s that Gill started competing at the national level, and in the past two decades, this 40-year-old racer has seen the Indian motorsport scene evolve. “Motorsport has evolved from being a hobby to a career sport especially after my Arjuna Award. The younger generation can now look at it being a full-time job/sport,” says Gill.

Gill, who calls motorsports an ever-evolving sport, is excited about the future. “New technology, new drivers, and hopefully more corporate involvement are what we can expect in the future. We need to break away from cricket being sold as the only sport in India. We see so many Olympians now, and I hope to see lots more motorsport engagement soon,” says the racer who has started his own school to groom aspiring racers to hone their skills.

As more and more Indian-origin youth foray into the world of motorsports, India is finally ready to get past the chequered flag once again in the international circuit. One race at a time.