(July 16, 2021; 5.30 pm) It is one of the most coveted design schools in the country. With established exchange programs and collaborative agreements with over 70 premier design institutions across the world, National Institute of Design (NID) has played a significant role in promoting courses around design, architecture, and communications. With only about 100 seats in its Bachelor’s program, the institution is one of the toughest design schools to get into and has churned out notable alumni such as Nachiket Barve, Dibakar Banerjee, and Rahul Mishra among others. It also has a significant number of international students. And it has all been possible because of the vision and work of Gira Sarabhai, its co-founder, who passed away on July 15 at the age of 98.

The Global Indian architect, designer and teacher is known for her contributions to several industrial and educational projects in Gujarat and is credited as a pioneer of design education in India. She played a crucial role in setting up several other institutions and has through her work contributed greatly in the fields of art and architecture. 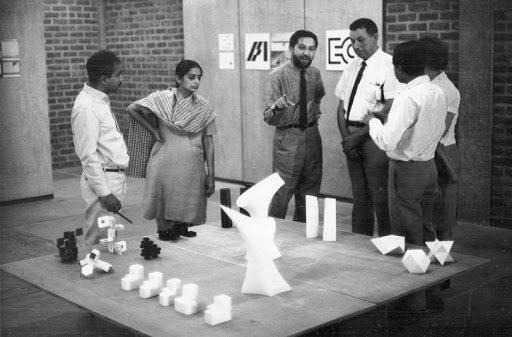 Gira and Gautam Sarabhai at work

Born into Ahmedabad‘s wealthy Sarabhai family in 1923, Gira was the youngest of eight children. She had an exceptionally privileged and progressive upbringing. He father, Ambalal, founded the Calico Mills and her family was a long-time supporter of Mahatma Gandhi and his independence struggle. Gira, along with her siblings was home schooled and never had any formal education. Her brother Vikram Sarabhai is credited as father of India’s space program. Gira trained with noted American architect Frank Lloyd Wright at his Taliesin West Studio in Arizona from 1947 to 1951.

After her training, Gira and her brother Gautam worked together in Calico and on several other architecture and design projects. Her work was highly influenced by Wright and the siblings sought to create an architectural response to regional concerns by using local materials.

In an interview with Indian Express, her nephew Kartikeya Vikram Sarabhai said,

“When she returned to Ahmedabad, my father was planning to build a house. So, he asked her to design it which I will say was first of her design works.”

Over the years she developed her own style using basic materials in a creative manner.

Her understanding of space was instrumental in realizing the vision that she and Gautam had to build NID in 1961 along the banks of the Sabarmati River. The design education institute was her baby and Gira was responsible for inviting several international experts as consultants to NID, including the likes George Nakashima, Charles and Ray Eames, Buckminster Fuller, Louis Khan, and Frei Otto. These architectural and design luminaries helped develop architecture and design education in India. 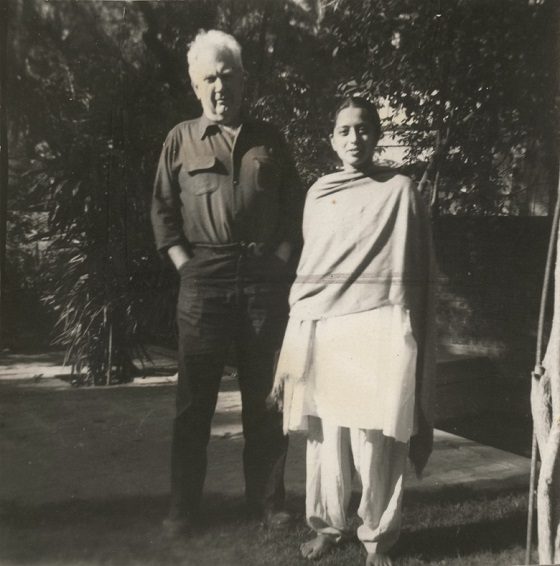 In the book ‘50 Year of the National Institute of Design 1961-2011′ Gira is quoted as saying, “While I was in New York, Gautambhai wrote to me asking me to go to the Royal College of Art in London. He had already fixed appointments for me with several people, all experts in different fields. I had to invite them to come to NID as consultants.”

Design on her mind

Gira and Gautam were also involved in setting up the Calico Museum, one of India’s most famous private museums. Inspired by Dr Ananda Coomaraswamy, the museum was set up in 1949 and was inaugurated by Pandit Jawaharlal Nehru. The museum houses a historic collection of Indian fabrics and is also a centre for design knowledge, resources, and research. 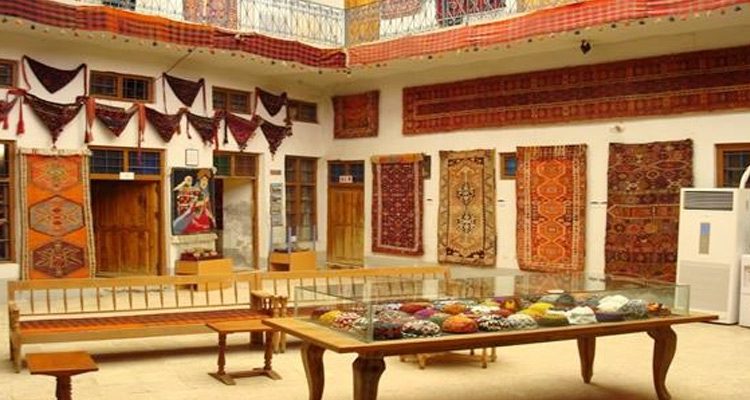 Gira also worked on several architecture and design projects along with Gautam and the duo made significant contributions to modern architecture in India in the 1950s and 1960s. They designed the Calico Dome on Relief Road in Ahmedabad.

A shy and very private woman, Gira avoided giving interviews, though she was very close to those that she worked with. To her, design was a way of life and her time at Wright’s atelier in the US a huge influence in all her work. The NID book quoted her as saying,

“After working in Wright’s office all day we were allowed to be present in the studio at night. Wright’s students would work in the studio all night long. To our fortune, we could look at the original drawings, plans and masterpieces at night.”

Towards the later years of her career, she began experimenting with traditional Indian forms, elements and motifs for her contemporary work. Even in her last days she was overseeing the activities of the Sarabhai Foundation, according to Kartikeya.

Gira Sarabhai’s contributions to design education in the country are significant. Not only did she and Gautam found the prestigious NID, they also worked on the soul of the institution – they appointed the first faculty members from diverse fields and inculcated high standards in budding designers. The fact that NID has churned out some very big names in the fields of design is testimony to the extent of perfection Gira envisioned for India. Her vision led NID to always remain oriented towards social good through design interventions.