Global IndianstoryRemembering PK Warrier: The freedom fighter who took Ayurveda to the world

Over the years, the 132-year-old Arya Vaidya Sala has become synonymous with the Kerala brand of Ayurveda. So much so that 3 in 10 patients that walk into their flagship hospital at Kerala’s Kottakkal town are foreigners. The one man who deserves the lion’s share of credit for taking Ayurveda to the world: Panniyampilly Krishnankutty Warrier, or PK Warrier as he was popularly known. The proponent of the traditional form of medicine, breathed his last on July 10 at Kailasa Mandiram, the headquarters of Arya Vaidya Sala, just weeks after celebrating his 100th birthday.

Warrier was the chief physician and managing trustee of Vaidyaratnam PS Varier’s Arya Vaidya Sala. According to current estimates, the Ayurveda industry is valued at close to ₹30,000 crore ($4.5 billion). 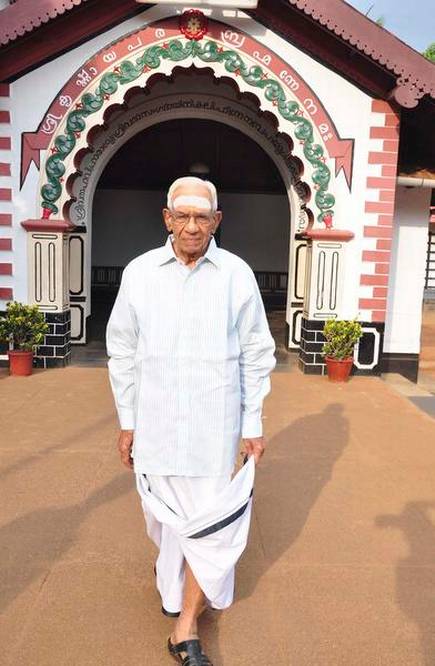 Born in 1921 in Kottakkal, Warrier was the youngest of six children. He studied at Zamorin’s High School in Kozhikode before going on to study Ayurveda at Arya Vaidya Pathasala (now Vaidyaratnam PS Varier Ayurveda College). Around that time India’s struggle for independence from British rule gained momentum and Warrier dropped his Ayurveda studies to join the Quit India movement in the 1940s after hearing Mahatma Gandhi’s call to the nation. He was later attracted to the Communist movement, before he quit active politics to take care of the family business.

At the age of 24 he became a trustee of the Arya Vaidya Sala which had been founded in 1902 by his uncle PS Varier. He was in charge of the healthcare chain’s medicine manufacturing unit and rose through the ranks to become the managing trustee of the group after his elder brother PM Warrier’s demise in 1953.

He became synonymous with Ayurveda in modern times and played a pivotal role in popularizing this traditional treatment method across the globe. Warrier ensured that Ayruveda became accessible to the masses; in fact, he never charged any fees for consultation – neither from the rich nor the poor. He worked towards augmenting research in drug standardization and development in the sector. In his seven-decade long career, he has treated several VVIPs including heads of states from various countries.

Warrier was instrumental in developing Ayurvedic medicines in the form of tablets and tonics from their earlier versions of kashayam (concoction) and choornam (powder). When he took over the Arya Vaidya Sala, the firm’s turnover was ₹9 lakh, now it ₹500 crore and it has branches across most major cities in the country. The firm also runs five major hospitals, an R&D centre, two medicine factories and 1,500 retail outlets apart from herbal gardens. Its rejuvenation therapy which became widely popular is what drew several celebrities to Kottakkal, which has now become synonymous with Ayurveda. 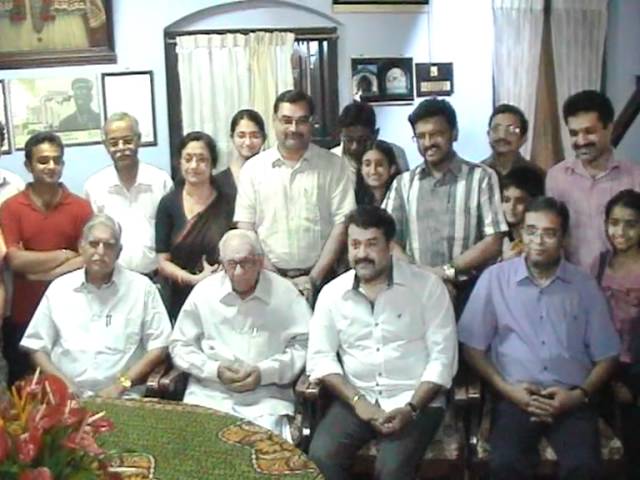 Today, about 30% of the patients at the Arya Vaidya Sala in Kottakkal are from the West European, Middle East and North American countries. A majority of these foreigners are of the 50 and above age group. Warrier himself had traveled extensively to treat patients. In 2002, he had gone to Spain to treat a senior member of the royal family.

In recent times, the hospital also began to develop specialized cancer care. In an interview with Frontline, Warrier said,

“My mother died of cancer in 1965, resting her head on my lap. Through her, I experienced closely the pain and sorrow of a cancer patient. The impact of that experience led me to new explorations and initiatives to find some solutions.”

In the same interview he added, “We have followed the fundamental principle that Ayurveda is an ancient science adept at modernizing itself from time to time. The discipline has always imbibed new developments in science and technology.”

His work earned him several awards and honors. He won the Kerala Sahitya Akademi award in 2008 for his book ‘Smriti Parvam’, he also co-authored ‘Indian Medicinal Plants: A Compendium of 500 Species’ and has many research papers in the fields of Ayurveda and ethnopharmacology to his credit. In 2010 the government of India honored him with the Padma Bhushan and he holds a Doctor of Medicine award from the University of Copenhagen. 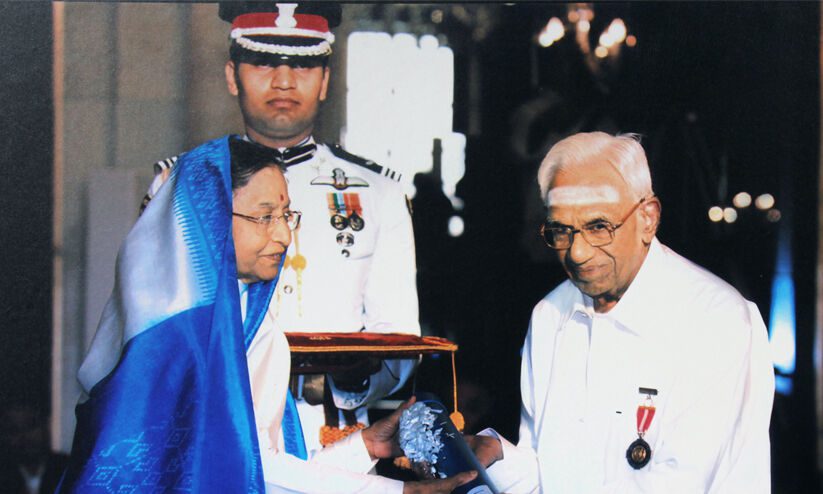 In 2015, a rare plant, which is seen 1500 feet above sea level was named in honor of Warrier. Called Gymnostachyum Warrieranum, the plant has yellow and blue colored flowers and was discovered at the Aralam Wildlife Sanctuary in Kannur. In a Facebook post, Kerala Chief Minister Pinarayi Vijayan said:

“He embraced modernity by keeping the values of tradition. Hence it moved from the fire stoves fueled by wood to steam plant and kashayams in bottles to tablets and thailams to gel. He led a team to publish a five-volume treatise on 500 species of Indian medicinal plants. It is an invaluable legacy.”

#PKWarrier– his lifelong practice of the Science of Ayurveda brought wellbeing to people all over the world. The Nation will always remember him as an ardent advocate & a passionate ambassador for one of the oldest healing systems. –Sg https://t.co/PxIfjIzZ8n

Born in 1921 in Kottakkal, Dr #PKWarrier was a freedom fighter known to have been instrumental in modernising the packaging of Ayurveda medicineshttps://t.co/GvePtRJhE7

I shed a tear, involuntarily hearing the news of my favourite Mahavaidya #PKWarrier passing. Loss to humanity, my personal loss…I have no words to express this grief.Pranams to your immeasurable life and the way you touched each one of us! #RIPPKWarrier #KottakkalAryaVaidyasala pic.twitter.com/dGdTHGevlE

RELATED READ: Milkha Singh: The man who ran to survive and succeed