Mahatma Gandhi had once said that Dadabhai Naoroji was the real Father of the Nation. To hear the man that the masses adored heap such adulation on a political leader is testimony to the power and idealism Naoroji wielded. In 1956, Prime Minister Jawaharlal Nehru had said in the Parliament:

“We have, to my right here, the picture of Dadabhai Naoroji, in a sense the Father of the Indian National Congress. We may… in our youthful arrogance think that some of these leaders of old were very Moderate, and that we are braver because we shout more. But every person, who can recapture the picture of old India and of the conditions that prevailed, will realize that a man like Dadabhai was, in those conditions, a revolutionary figure.”

On his 104th death anniversary, we look at the life of the political leader, scholar, and writer who left a deep impact on modern India. 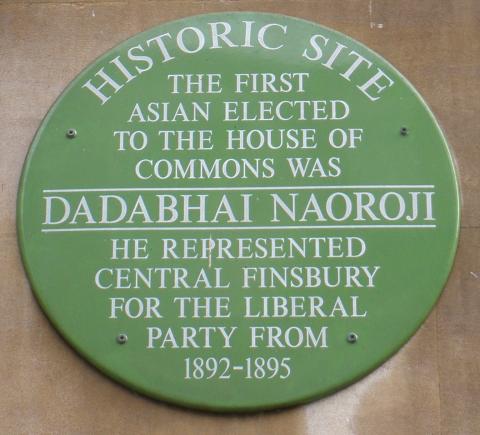 A plaque in honor of Dadabhai Naoroji at Finsbury Park, London

Man of many firsts

Born in 1825 into a Parsi family in Navsari, Naoroji, at the age of 28, became the first Indian to be appointed as a professor at a British-run institution. That institution was Elphinstone College in Bombay where he taught mathematics and physics. At a time when most Indian women lacked any form of education, he founded some of the first schools for girls in Bombay. In 1855 he left for England to join Cama’s firm in London as a business partner; here he became so involved in politics that he contested the election for the House of Commons in 1886. Though he lost that year, in 1892 he represented the Liberal Party and became the first Asian to be elected as a Member of Parliament into the UK’s House of Commons.

He went on to highlight the unfavorable economic consequences of British rule in India. By the turn of the century, Naoroji was openly advocating for ‘Swaraj’ or self-governance. He declared that only self-governance could halt the wealth drain from India to Britain; he batted for the creation of a representative and accountable administration that would serve Indian interests. His theory caught on and gave impetus to India’s nascent freedom struggle. His work and words inspired two other very important figures in the history of India’s independence struggle: Mahatma Gandhi and Mohammed Ali Jinnah. The latter even campaigned for Naoroji in the elections and served as his private secretary for several years. In one of his speeches, Gandhi also said,

“I myself and many like me have learnt the lessons of regularity, single minded patriotism, simplicity, austerity and ceaseless work from this venerable man.” 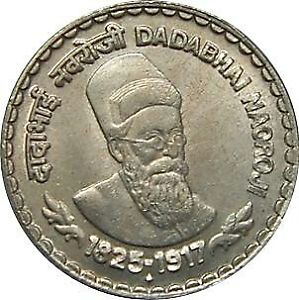 Naoroji’s work also inspired other nationalist leaders such as Jawaharlal Nehru and Sarojini Naidu. He founded the Indian National Congress in 1885 with help from Allan Octavian Hume and Dinshaw Edulji Wacha. Naoroji went on to play a key role in India’s freedom struggle. However, his brand of nationalism also drew its fair share of criticism. When Bengal reeled from Lord Curzon’s partition in 1905, Bal Gangadhar Tilak pleaded with Naoroji to support the Swadeshi movement. Other radicals such as Shyamji Krishnavarma blamed Naoroji of inconsistency. They alleged that on one hand he condemned British rule, and on the other, he maintained belief in British justice and fair-mindedness.

In 1906 when the INC was battered by rifts, Naoroji, the only leader amenable to the extremists and moderates, was called upon to preside over the organization’s Calcutta session and he took up the Congress presidency for the third time. It was here that he publicly termed Swaraj as the Congress’ central and ultimate goal. 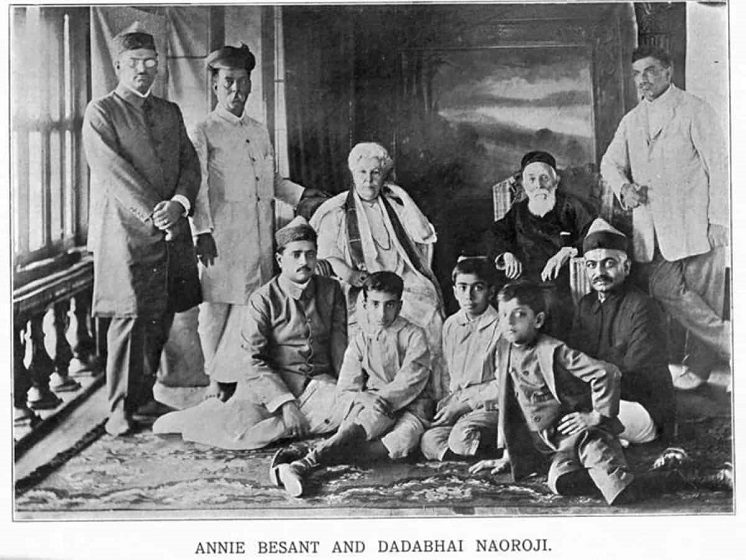 The Calcutta Congress was Naoroji’s last major political outing. By 1907 his health had collapsed and he spent several months convalescing. He eventually resolved to retire from public life and retreated to a seaside bungalow in Versova where he led a retired life. In 1912 when King George V and Queen Mary visited India, he pushed asked Indians to push strongly for self-governance. However, in 1915 when he welcomed Annie Besant’s Home Rule League he caused great consternation among the moderates in Bombay.

When he passed away in 1917 at the age of 92, he had left behind a maturing political organization and a nationalist ideology. In an article in Hind Swaraj, Gandhi declared Naoroji to be, “the Father of the Nation. Had not the Grand Old Man of India prepared the soil our young men could not have even spoken about Home Rule.”

Watch this short documentary on the life of Dadabhai Naoroji