It was like being “forged by fire” says Raj Echambadi as he describes his first tryst with the American academia; he stands to take charge as the 10th president of the illustrious Illinois Institute of Technology. The India-born educator will be the first person of color to head the 131-year-old research-focused university. Considered a pioneer in online iMBA which he conceptualized in 2016, Echambadi has also been working with the Indian government to build entrepreneurial hubs in Sri Venkateswara University, Tirupati and Utkal University in Odisha.

The incident he mentions is an episode from his early academic years in the mid-1990s which is etched in his mind and shaped his outlook towards education. As a young PhD scholar at the University of Houston, Echambadi had thought that the dissertation proposal he’d submitted was pathbreaking. “During a discussion with my mentor, we spent the first five minutes talking about my Indian roots in what seemed like a casual conversation,” he says.

“For the next 15 minutes, however, my mentor launched a professional criticism of my dissertation. It was eye-opening. He dissected my dissertation and told me why it was wrong. I was stunned.”

“The funniest thing was that after the meeting ended we had coffee and spoke about tennis; just like friends. He made sure I was comfortable with his criticism.”

This incident, he says, was demonstrative of the quality of US academic dissemination, and the caliber of culturally sensitive faculty members.

From Chennai to the US 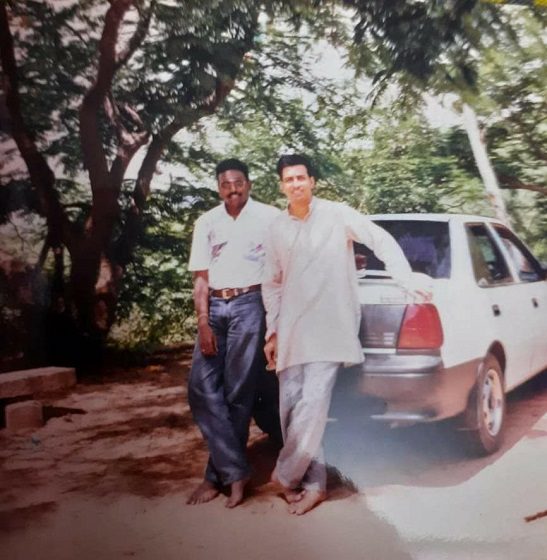 Born in Chennai, Echambadi graduated in Mechanical Engineering from Anna University in 1989. He went on to work as a sales executive at Castrol in Chennai before moving to the US to do his PhD in Marketing from the University of Houston. He then went to work at the University of Central Florida for 11 years, before joining the University of Illinois at Urbana-Champaign. It was during his time here that Echambadi conceptualized and launched the first-of-its-kind MOOC-based online MBA (iMBA as it is popularly known) in partnership with Coursera. The iMBA has now reached over 80 million people around the world and is considered one of the most disruptive and breakthrough programs in graduate MBA.

Following this, Echambadi was appointed the Duncan Family Dean at D’Amore-McKim School of Business at Northeastern University in Boston.

In pursuit of excellence

Echambadi belongs to a generation of Indians who migrated to the US in pursuit of excellence in diverse fields such as academia, medicine, and technology. Their success stories, in turn, sculpted India’s repute in the global order. Asked what worked for the diaspora, he says: “When I came here, there was no safety net. We had to survive. And, the Indian middle class’ emphasis on the value of education played a role too.” This is precisely what the Indian-American educator wants to impart to the next breed of aspirants. 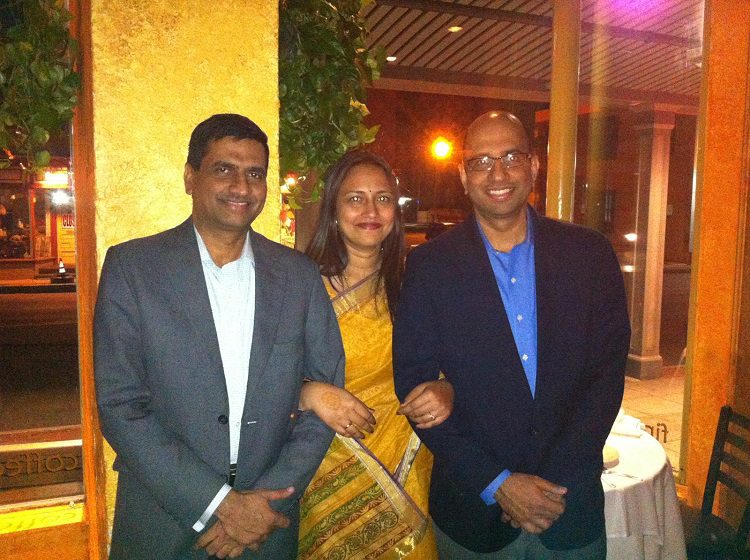 The democratization of education by making it both affordable and accessible has been central to his initiatives such as the iMBA program at the University of Illinois – which scaled up the institution’s outreach and gave access to global learners. The breakthrough iMBA project brought down the cost of the two-year program from $100,000 to just $22,000. A significant number of Indians from both inside and outside the US benefited from it.

Besides, the academic research expert’s initiatives – through collaborations between American institutions and the Andhra Pradesh government –  to teach entrepreneurial skills to high school and college students are beginning to bear fruits. “The Indian government has invited us after seeing our pilot project in Andhra Pradesh. I’m hoping this model will benefit over 10,000 students by 2025.”

Hoping to make a similar impact in his new role at Illinois Institute of Technology from August onwards, he reveals the recipe for the success of any project.

As a parting shot, Echambadi ends on a somewhat philosophical note on his continuing educational endeavors and giving back to the global community. “Action is thy duty, fruit is not my concern,” quoting Bhagavad Gita.