(August 2, 2021; 10 am) Food that is an explosion of flavors and as pretty as a picture – Chef Garima Arora is known for her refreshing take on Indian food. The 34-year-old has taken Asia by storm with her modern twist on Indian cuisine, so much so that she became the first Indian woman to win a Michelin star for her restaurant in 2018.

Born in India, studied in France, worked in Denmark and opened her restaurant in Thailand, Arora is a truly global icon. She is a chef on a mission to introduce the world to Indian cuisine, and she is doing that with elan. But reaching at an enviable position in the culinary world hasn’t be an easy ride for this chef, who had initially worked with Gaggan Anand.

Born and raised in a Punjabi family that is obsessed with food, Arora fell in love with the aroma, texture and emotion behind the delectable cuisines at a very young age. In the 90s, her kitchen saw some exotic dishes like hummus and rum baba being whipped up by her dad who loved cooking. After long spells of international travel, he brought back recipes that would become Arora family favorites. And it was her dad who was a huge influence in her culinary journey.

In a conversation with Femina, she said,

“I’ve watched him cook all through childhood. He’s the biggest influence in my culinary journey. He travelled a lot and recreated the dishes he had sampled, and would experiment with new combinations.” 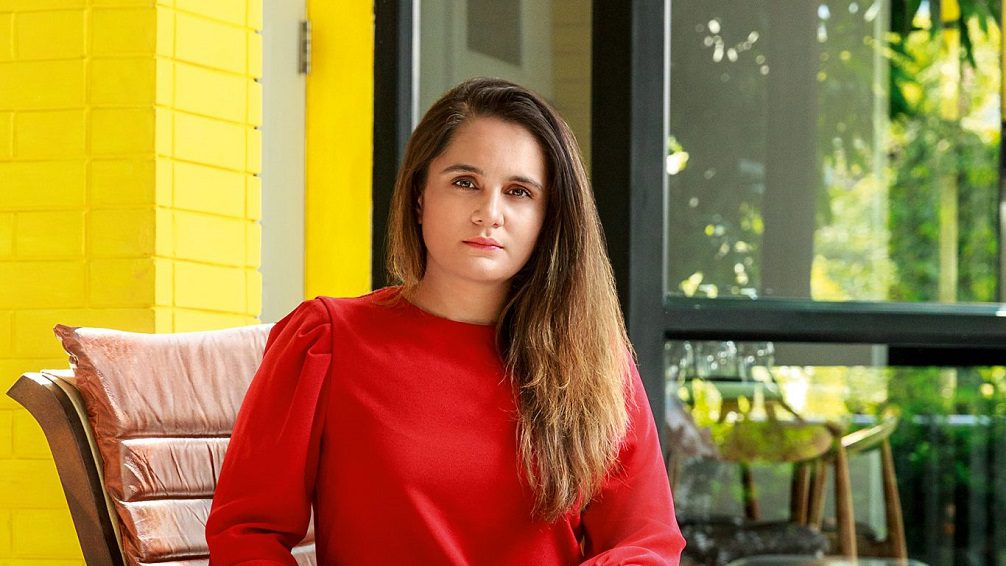 Her short stint as pharma journalist

While her love for food was simmering on a low flame, it was Mass Media that she chose as her major. After graduating from Jai Hind College in Mumbai, Arora began working as a pharma journalist with a newspaper; but before that was a fun trip to Singapore. Upon her return, she whipped up a big hotpot meal for her family and friends – that’s when she realized that she “wanted to talk to people through food.”

The journey to culinary world

Arora eventually quit her newspaper job to follow her passion, and soon enrolled herself at the Le Cordon Bleu culinary school in Paris. “When I was working as a journalist I realized that if I wanted to open my own restaurant one day and be a chef I needed to start young, and that’s when I decided to change careers and move to Paris to study at Le Cordon,” she told FirstPost.

Her days at the culinary school helped her build a strong foundation, and she found herself at Michelin-star restaurant Noma in Copehagen, learning alongside legendary Danish chef René Redzepi. Working under one of the best culinary masters, Arora started to look at cooking as a cerebral experience.

“I spent the initial years of my career there and it changed me not just as a cook but as a person as well. It gave me the tools and the resources to think about food in a very systematic manner. It made cooking a cerebral experience rather than it being a blue collared job. It completely changed the way I looked at food and I cook today,” she added.

After cooking up a storm at Noma, Arora was on her way to India to open her own restaurant but before dipping her toes into her first venture, she was called upon to work as a sous chef with another culinary legend Gaggan Anand at his Michelin-starred restaurant Gaggan.

Serving Indian food with a twist at Gaa

Arora’s arrival in Bangkok was meant to be a temporary stopover before moving to India to open a restaurant. However, when the plan fell through, she opened Gaa – a three-storeyed restaurant that celebrates a modern tasting menu using traditional Indian techniques – in Bangkok in 2017.

Arora’s Gaa beautifully captures the vibrancy of Bangkok and the amalgamation of cultural influences. It’s that avant-garde restaurant which serves progressive Indian cuisine with local Thai ingredients and influences.

Arora put in her heart and soul at the restaurant where she wanted to give her diners a multi-sensory experience at Gaa. And in one year, she became the first Indian woman chef to win a Michelin star for restaurant Gaa.

“I think the food finds the connection between India and Thailand. It is who I am, and where I am today. I’m Indian, smack in the middle of Thailand so I think my food reflects that,” she told Conde Nast Traveller.

After creating history with her Michelin star win, Arora added another jewel when she was named the Asia’s Best Female Chef for 2019 by World’s 50 best restaurants.

Arora is one of those rare chefs who is giving Asia a perfect taste of Indian food but with a modern twist. In 2020, she packed yet another tasteful punch with her breakfast restaurant Here by Gaa. Set in a 60-year-old well-preserved Thai house, Here is like a living room set-up that opens for early risers to serve their eclectic taste buds.

“As I begin my own journey exploring the real India, I believe this breakfast spot will help me take my diners with me in a way. Right from badam ki jaali together with Irani chai inspired by our recent trip to Telangana, to poha with dry shrimps from the Koli community of Mumbai, to the gobi parantha with fresh homemade makhan from my grandmother’s kitchen, I hope that HERE stays a mix of my personal experiences and travels always. My mission is to show the world the beauty of Indian cooking techniques, its delicate yet playful nature.” she told Vogue.

While the 34-year-old has her hands full with her restaurant, she never misses a chance to work for women’s emancipation back home. Rajasthani Mahila Mandal in Mumbai is one such association that Arora supports as it helps women achieve economic independence by producing and selling food.

“Women’s liberation or women’s emancipation can only happen with two things: first, education and second, economic independence. And what better way to gain economic independence than with something that you’re so used to and you’re so good at and something that comes naturally to you, which is food. In India, chefs are obviously men but at home it’s always the women who do the cooking. They have this immense wealth of knowledge, of techniques, of the way we have done things in the past, which even restaurants don’t have”.

Not only this, in 2019, she even started the Food Forward Initiative to create a new narrative for Indian food by bringing some of the best from the Indian food industry and re-examine and reintroduce our cuisines to the world.

In a male-dominated industry, Arora is shattering the glass ceiling one plate at a time. From being a pharma journalist to opening her own restaurant to becoming the first Indian woman chef to win a Michelin star, Arora has been defying stereotypes at every level in the culinary world. But her mission to serve introduce Indian food to the world in all its playful nature is what makes this chef unique.

Cooking up a storm in a kitchen is no child’s play but Garima Arora is doing that with grace and elegance. With every dish that she serves, she makes sure she brings India alive one plate at a time for her diners. Chef Arora is on a mission to present Indian cuisines in the most delectable way.