(July 14, 2021; 4 pm) When Gaggan Anand launched his eponymous restaurant back in 2010, it was more out of frustration because “businesses didn’t want something different”. Ever since, the Bangkok-based Gaggan restaurant rose almost meteorically; it was repeatedly featured in The World’s 50 Best Restaurants list and named Asia’s best in 2015. With two Michelin stars, the restaurant was one of the most coveted dining destinations where patrons loved seeing the dramatic Anand stir up things in the kitchen. Curiosity about its 25 course-long menu inspired by emojis had the waitlist run up to at least two months. Dishes such as the space cookie, chocolate golgappas, and his signature yogurt explosion were unheard off, especially from an Indian kitchen. Gaggan was on a mission to break stereotypes. 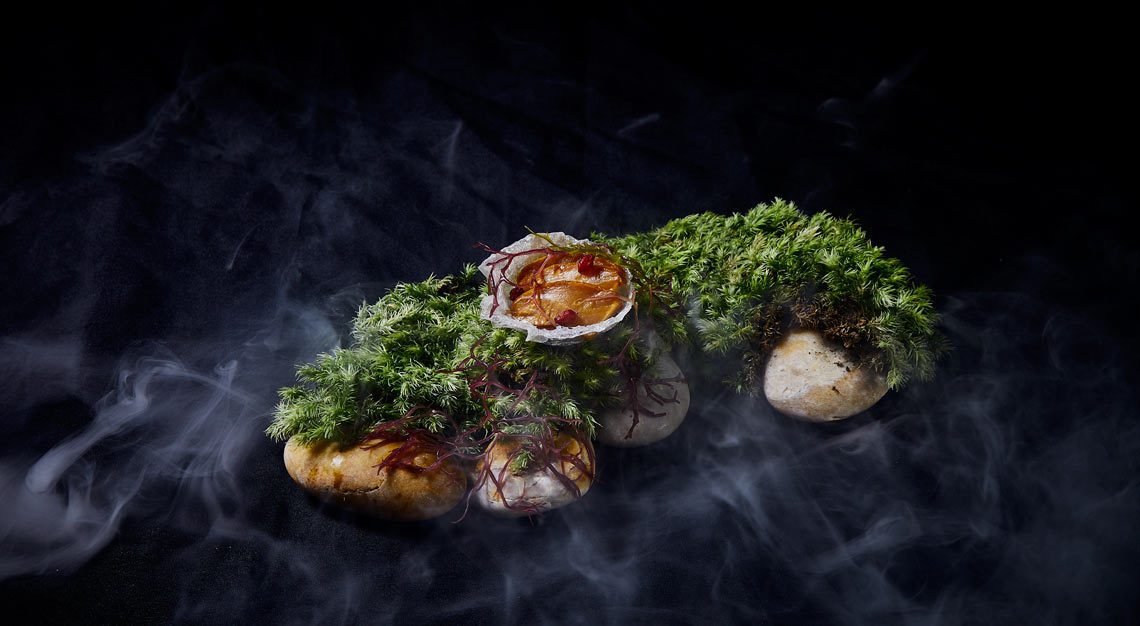 Anand’s take on Indian food was almost like art. A tiny eggplant cookie for instance was his interpretation of the traditional baingan ka bharta. The vegetable was mashed and charred in the tandoor before being freeze dried and compressed into cookies that were then sandwiched with onion chutney. Then there was his take on the Bengali paturi; mustard wrapped sea bass cooked in cedar wood and charred with a flourish at the table, according to a report in The Hindu. There’s a reason the chef was so hugely popular – nobody else interpreted or presented Indian food the way he did. His melange of molecular gastronomy, authentic Indian flavors and the Japanese pursuit of perfection set him apart from contemporaries.

But did you know the famous chef actually wanted to be a musician? On his website, the 43-year-old Anand says,

“I dreamt of being a professional drummer in a band, but one day, as a teenager, I realized that my economic situation would never improve as a musician, so I went to the next thing I knew best: cooking.”

From Kolkata to Bangkok

Born in Kolkata to Punjabi parents, Anand went to IHMCT, Kovalam in 1997, following which he worked with the Taj Group as a trainee. He then pursued a catering career in Kolkata’s Tollygunge area before he relocated to Bangkok to work at Red, a contemporary Indian restaurant. Anand’s flair in the kitchen got him noticed and he was picked up to work with Ferran Adria’s research team at El Bulli (it was judged the world’s best restaurant for a record five years, before Adria decided to close it down in 2011) in Catalonia, Spain. To Gaggan, food is the ultimate pornography. In an interview he said,

“The sensuality of food invites your mind to eat it. You look at the food, you take a picture, hashtag it and then you eat it. To me, that is the most important part of cooking today; the experience.”

By 2010 he had set up Gaggan and things seemed to be going really well. However, when he won his 50 Best Restaurants award in 2017, he announced his intention to close his eponymous restaurant by 2020. People wondered by the Indian chef would not want to set up a global Gaggan empire? In an interview with The Hindu, he said, “When people go out, they usually eat a cuisine. At Gaggan, you eat the chef’s journey. The chef’s personality. That is why I am wearing out… I don’t know if everyone can have the same vision. You have to burn out or walk out. El Bulli taught me that. It’s every chef’s nightmare — burning out. So this is how I’m controlling my fizz.” He also wanted to work on his next project in Japan with his friend and collaborator Chef Takeshi Fukuyama. 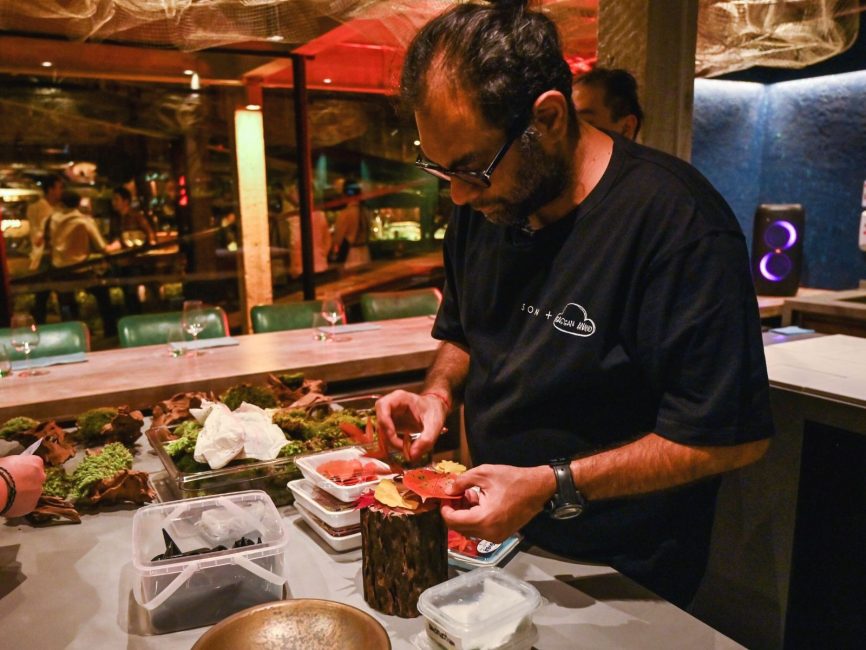 Gaggan Anand at work in his new restaurant

However, in 2019, he abruptly walked out of his business following a falling out with the shareholders at Gaggan. The move shocked the culinary circles and patrons alike. Just a few months later in November 2019, Anand along with a lot of his old staff launched Gaggan Anand, his newest playground, a mile away from the original. Here they only served 50 diners each day (now 25 in keeping with Covid protocol) and reservations can only made online. Things began looking up again, with the new restaurant clocking in a waitlist of at least six months. Takers for his elaborate 25-course emoji menu are just too many.

Most diners flock to Anand’s restaurants to watch him cook – it is no less than a performance. According to Anand, he along with his team act out a fantasy at the core of which is amazing food. Earlier this year they had a Star Wars themed experience that ran at the restaurant till June and here the chef let free his creative genius. He told 50 Best, “Just because we’re doing a Star Wars menu doesn’t mean I’ll be dressing like a Jedi or using plates shaped like Yoda. Yes, there’s a light show, yes, there is illumination and we are blowing a few things up, but my ideas for the food come from all aspects of the five decades of Star Wars.” The first course was a space cookie, the next was set in The Dune Sea and Jabba’s Palace. The dinner was served on a table strewn with moss to represent the planet of Endor.

Anand is mindful of the fact that a post-pandemic world will also bring about an upheaval in the way fine dining restaurants will function. He believes that going forward it will be small tables, small restaurants and chefs’ counters that will dominate the culinary scene.  Which is why he doesn’t worry about losing money as a restaurant owner. Bagging the Highest New Entry award this year was proof enough that he is headed in the right direction.

For a long time, it was perceived that Indian food was not tailor-made for fine dining. But Gaggan Anand set out to change that, and change he did. He took Indian food beyond the usual curry-centered. There is a reason the chef’s restaurants see long waiting lists: Much like him, his food has a touch of drama – dishes such as the baingan-bharta-on-a cookie, chocolate golgappas, and his signature yogurt explosion are testimony of just what’s possible with Indian food. Within a couple of years of him launching his latest restaurant it has featured at No 5 in Asia’s 50 Best Restaurants and bagged the Highest New Entry Award. Indian cuisine evolves and adapts with time and foodpreneurs such as  Anand are key drivers of change.