Soumya Ranjan Biswal: Protecting the Olive Ridley turtle, one egg at a time

(November 23, 2022) Every year since the time he was 10 years old, Soumya Ranjan Biswal has walked along the beach in Astaranga, weighted down by the big gunny bag slung across his shoulder, stopping to pick up empty bottles, plastic and all manner of trash that people have left behind. This is the young wildlife conservationist’s way of doing his bit for each when thousands of Olive Ridley turtles wash up on shore. Earlier in 2022, Soumya, known fondly in climate crusade circles as “Olly Boy”, was appointed among the first batch of the UN’s YuWaah Advocates, who will serve as an inspiration for the Sustainable Development Goals. Global Indian takes a look at his journey.

We at @OdishaSeaTurtle believe in Action than symbolic performance.

In 2019, Soumya, along with Dilip Kumar Biswal, a junior from college, took a month to travel through coastal areas like Rushikulya, Puri, Chillika, Jagatsinghpur, Bhadrak, Kendrapara and Balasore. Earlier that year, he even went on a 1200-km cycle trip to spread awareness about the Olive Ridley sea turtle. It was an extended follow-up to the 800-km ride he took in 2018, which landed both Soumya and Dilip a spot in the Limca Book of Records for the ‘Longest Cycle Ride for Turtles’.

Along the way, Soumya and Dilip stopped at government-run schools to spread awareness among the children and their families, as well as among the local fishing community. Their trip was partly sponsored by the Forest Department and the two conservationists also sold toy turtles, made from coconut fibre by the women in Astaranga, to fund their way.

The arrival of the Olive Ridley turtles in Odisha is a matter of worldwide recognition and interest, as about half the world’s population comes to the coast to lay their eggs. This is part of the mass nesting process, known by the Spanish term ‘arribada’. Soumya and his friends even return at night, keeping an eye out for predators like dogs and jackals, which come for the eggs.  Working in tandem with officials, Soumya collects at-risk eggs and shifts them to hatcheries to incubate and hatch in safety. 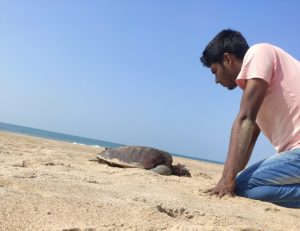 “The sea turtles return to the same spot after navigating thousands of miles of ocean, to lay eggs in this part of Eastern India,” Soumya told EdEx Live. The turtles arrive in batches and pick their spots on the beach, digging holes with their flippers. Each turtle lays around 70 to 190 eggs before returning to the water. “If the turtles keep coming back to the same spot every year to nest, then they are doing well. But if they don’t, something is wrong.”

In Astaranga village, where he’s from, Soumya is working to restore the Bhitarkanika Mangroves, a 650km stretch in the Brahmani and Baitarani river deltas. Some 62 mangrove species are found in Bhitarknanika, which is home to a number of species including the saltwater crocodile, king cobra, over 200 bird species and of course, the Olive Ridley turtles, which arrive at the Gahirmatha Beach. 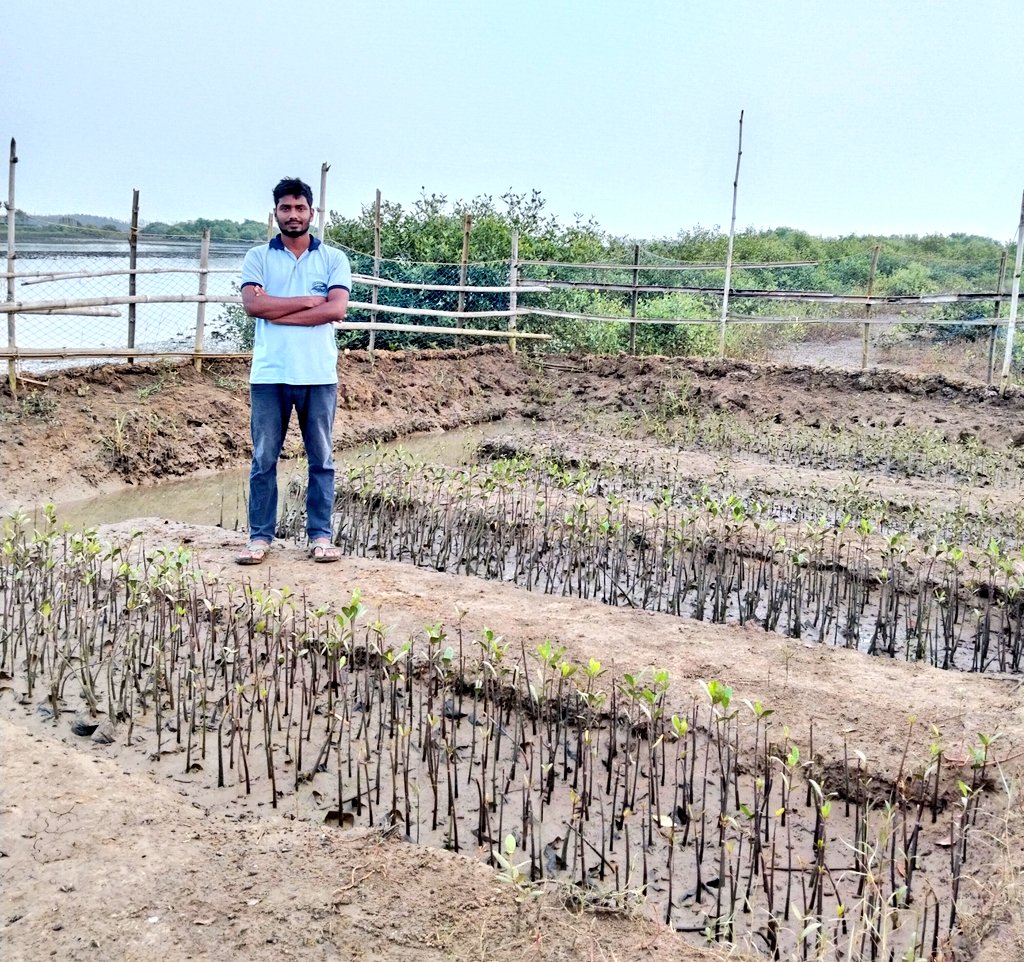 Although the mangroves were designated as a ‘Ramsar Wetland of International Importance and are a vital part of the coastal ecosystem as well as to the livelihoods of local fishermen, they have dwindled over the years. The mangroves, he hopes, will grow to provide a habitat for various animal and bird species.

India has a mangrove cover of nearly 5,000 square kilometres, according to the India State of Forest Report 2019. Although the mangrove cover in Gujarat has increased, the number of mangroves in Odisha has seen a steady decline over the years, caused by more land diverted for agriculture and prawn farming, encroachment and a growing population. Soumya works with a team of 10 villagers as dozens of saplings are planted, in black grow bags, in Astaranga beach. He has also helped set up a first-of-its-kind mangrove nursery.

Cleaning up the coasts

The intrepid duo has widened their scope of work, from the Olive Ridley sea turtles and the mangroves to helping save sparrows, reviving water bodies and keeping the beaches clean, whether or not the Olive Ridley is coming home to next.

All for Mother Earth: Environmental activist Ridhima Pandey is making all the right noises