(November 20, 2022) It was in 1903 that Rhodes scholarship, the educational grant to the University of Oxford, came into existence, thanks to Cecil John Rhodes, a British mining magnate, who is also the founder of De Beers – a diamond firm which until recently controlled global trade.

The oldest and one of the most prestigious international scholarship programmes was initially established with the purpose of promoting unity among English speaking countries. However, it was revised over the years, and since the 21st century, citizens from all the countries made the eligibility cut. For Indians, the scholarship made inroads in 1947, and this year marks the 75th anniversary of the Rhodes Scholarship in India.

“It is an opportunity to look back and celebrate the tremendous contributions to India and the world made by the nearly 250 men and women who have won the Rhodes Scholarship to Oxford over the past decades,” said Elizabeth Kiss, Warden of Rhodes House, Oxford University, and CEO of the Rhodes Trust.

The Rhodes selection criteria are powerful and have remained largely unchanged over the past 100+ years. While the language goes back to the Rhodes Trust’s founding documents, the ideas are as relevant today as they have ever been –  Nandan Kamath, national secretary, Rhodes Scholarships for India

Kamath, a lawyer by profession himself was a Rhodes scholar in 2000 and graduated from Balliol College at the University of Oxford. It was he who announced the names of the scholars who made the cut this year for the session beginning in 2023.

Vedanta Thapar: The final-year Physics student at St Stephen’s College, Delhi University is interested in the physics and mathematics of complex systems as well as in the social issues connected to scientific research. At Oxford University, he wishes to study scientific computing and mathematical modelling with a focus on climate dynamics and policy challenges associated with it. Vedanta is a badminton player who grew up in Delhi.

Syed Muhammed Khalid: The final year English Literature student at St Stephen’s College, Delhi University holds an interest in the documentation of people’s stories and movements. The youngster, who hails from Allahabad, aims to study about Indian Muslims in South Asia to get a grasp on the diversity within the community and how they respond to pressures on their identity. The literature student is involved in theatre and loves football. 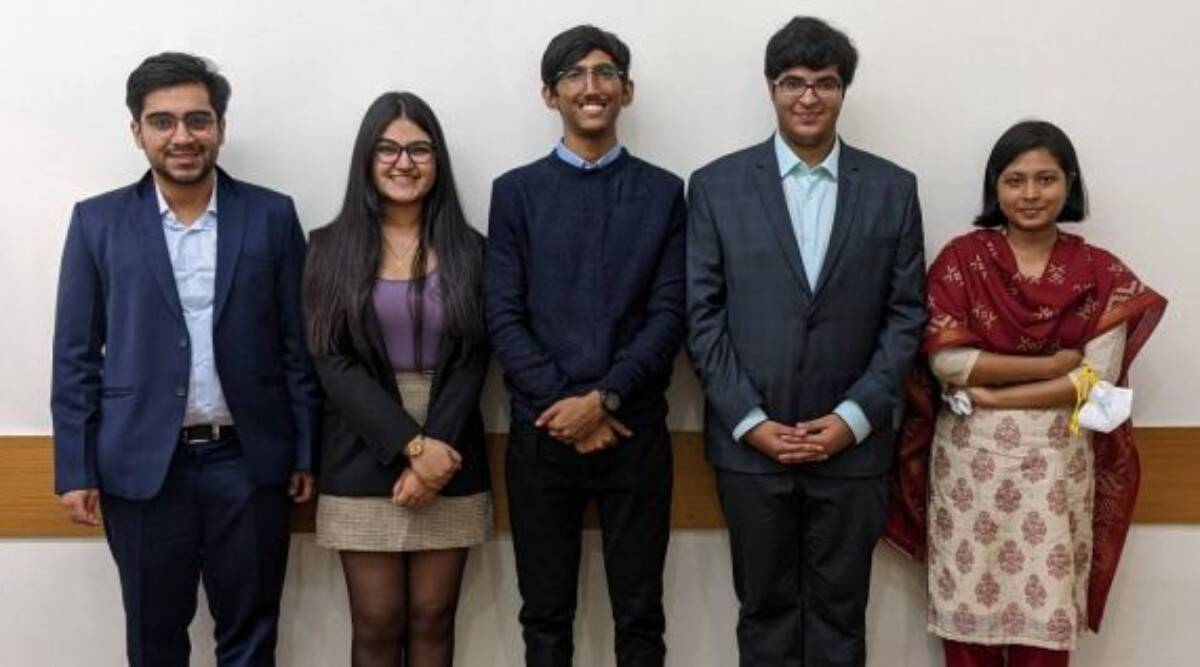 Dr Kirtana Sivasubramanian: The scholar with an MBBS degree from Government Medical College, Omandurar Government Estate, Chennai seeks to research the potential of genetic engineering to utilise the immune system effectively in treating diseases. She aims to explore fundamental concepts of T-cell Biology that might enhance immunotherapy for cancer and autoimmune conditions. The scholar is devoted to use primary research and innovation for making cutting-edge therapies accessible to all and would love to explore it more deeply at Oxford.

Daksh Walia: The final year Master’s student of Economics at Ashoka University is interested in studying labour economics with a focus on the determinants of female labour force participation in India. He aims to gain an understanding of the economics of climate change. Daksh plans to continue working on economic research at Oxford, while simultaneously pursuing his passion for studying justice and the social production of knowledge.

All 250 candidates, who have been selected for Rhodes Scholarship in past 75 years, have had to pass through a competitive application process. The selection process includes a thorough review of the applications before the finalists get interviewed by a selection committee comprising of experts and leaders from diverse fields. After the preliminary interviews, another round of interviews gets conducted to shortlist the final winners.

We are committed to raising funds to permanently endow more Indian Rhodes Scholarships so that more remarkable students from this great country can join and contribute to our global community –  Elizabeth Kiss, CEO, Rhodes Trust

This year’s Rhodes scholars from India – Vedanta, Syed, Hansa, Kirtana and Daksh will be heading to Oxford University in October 2023 to join a cohort of more than 100 scholars from around the globe to pursue their fully sponsored postgraduate studies, becoming part of a strong community of people aiming to bring a positive difference to the world.

The applications for the 2024 Rhodes Scholarships will open in June / July 2023. More information about the Scholarship application can be found here.

Some of the Global Indians who have been Rhodes Scholars in the past: