(January 24, 2023) “One in seven people worldwide deal with a mental health issue. I am one of them,” remarks Manvi Tiwari. Turning her adversity into advantage, the nineteen-year-old youngster has built her identity as a well-known mental health activist. She was one of the youngest speakers at 2022’s World Health Summit held in Berlin, Germany in October.

She began writing – describing her own experiences with mental health, which she sent out to online media platforms. That grew, leading to full-fledged activism and global collaborations for the teenager. 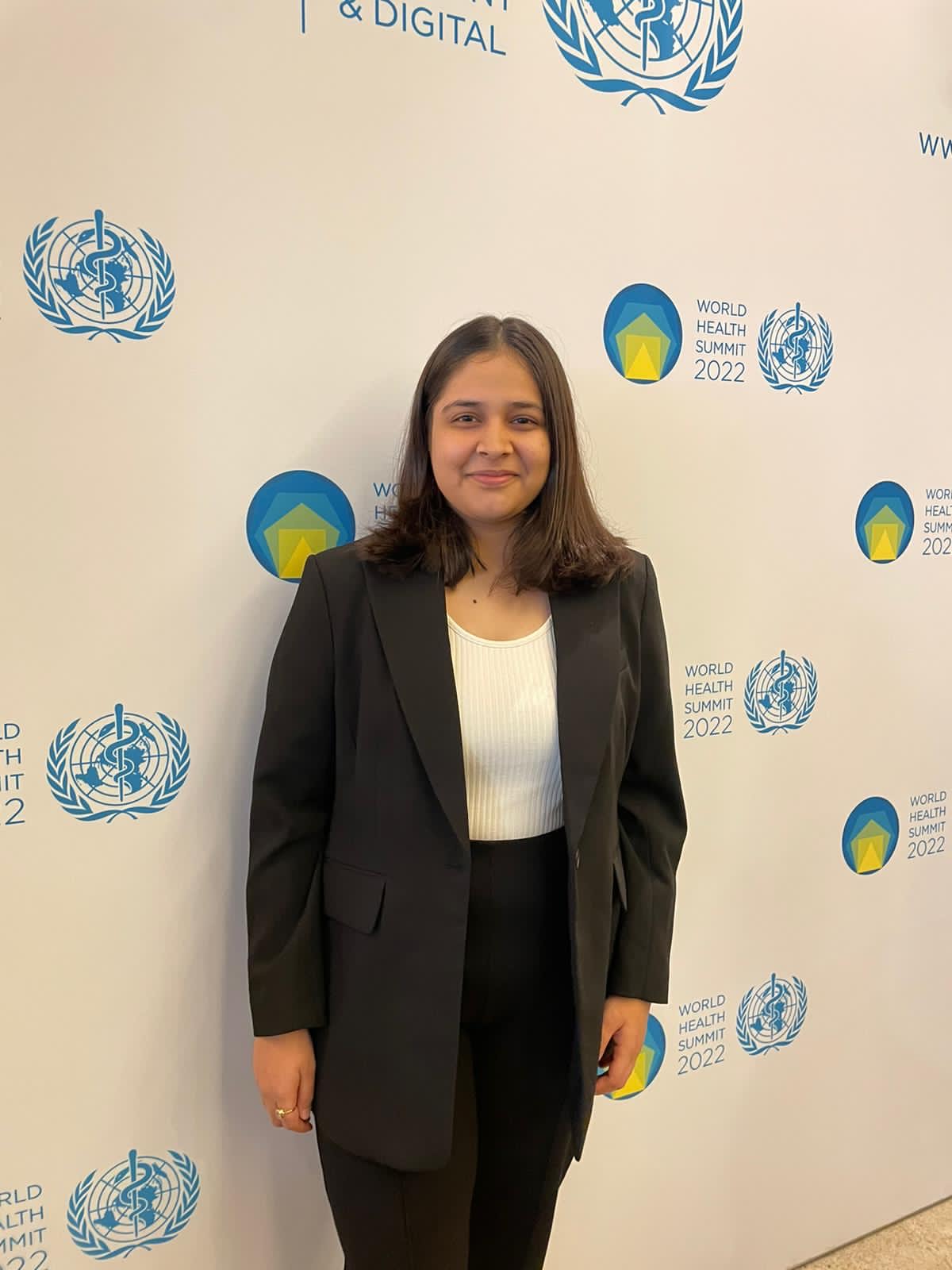 One significant association includes the Global Mental Health Peer Network (GMHPN). Based out of Johannesburg, South Africa GMHPN reaches out to people in 30 countries with the agenda to create a network of experts with lived experiences to be on board of initiatives to combat the global challenge. Manvi has been the country executive of India for GMHPN.

“I am associated with a lot of projects on mental health and coincidentally most are based in Europe,” says the Kanpur girl, who has been pursuing her Bachelor’s degree in Mumbai over the last two years.

Manvi is associated with Women in Global Health (WGH), a women-led movement challenging power and privilege for gender equity in global health. Another association has been working as a lived experience expert for MQ Mental Health Research, an organisation working to identify world-wide longitudinal datasets that can be best used to advance the understanding of how brain, body and environment interact in the trajectory of anxiety, depression and psychosis.

The teen is also part of a collaborative initiative of London-based The McPin Foundation and British magazine, Economist Impact for a project titled the ‘Common Metrics in Mental Health (CMMH) Programme’. “I’m on the advisory board for this much needed project,” she tells Global Indian. 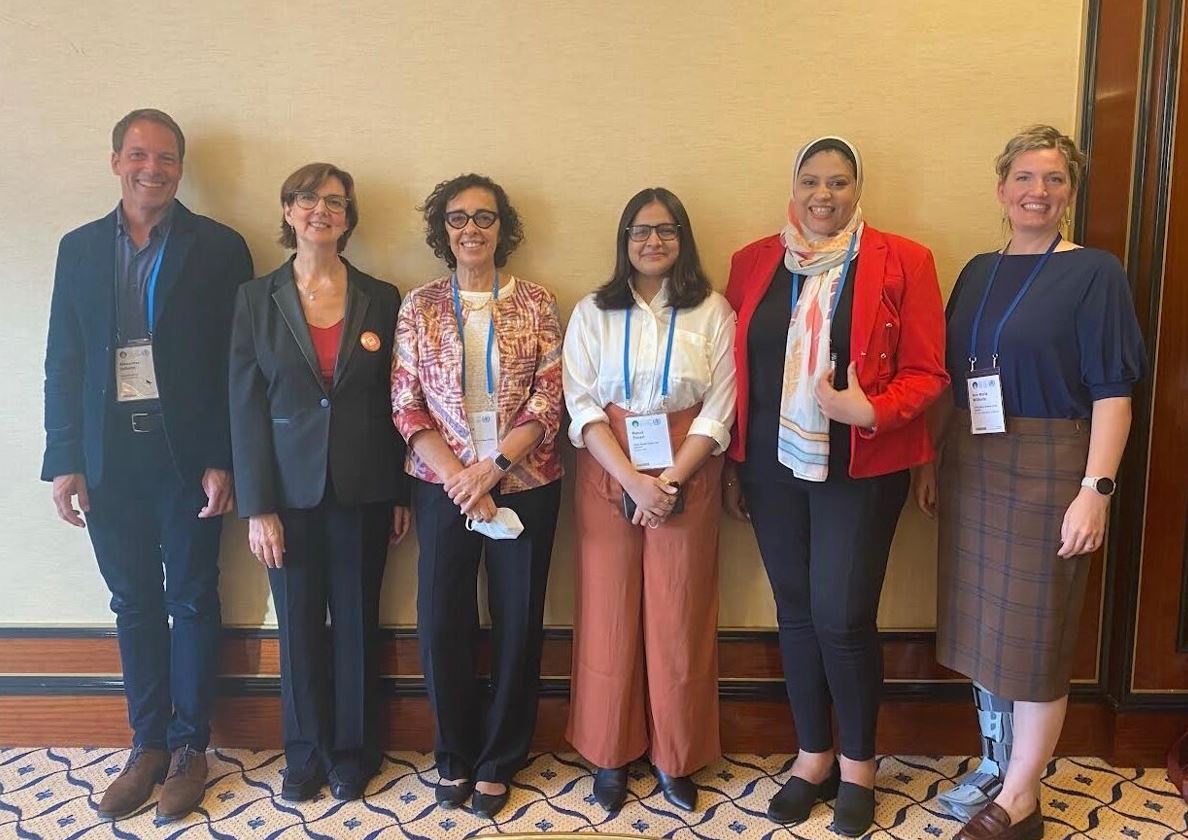 Manvi Tiwari with delegates at World Health Summit in Berlin

As representative of Global Mental Health Peer Network, Manvi got the opportunity to represent the organisation and be a speaker at World Health Summit, co-organised by WHO and GMHPN. High profile participants from across the globe, including presidents and prime ministers of several countries were part of the summit. “I remember seeing the presidents of France and Germany at the breakfast table,” recalls Manvi. There were other dignitaries like Dr Mansukh Mandavia, minister of health and family welfare, Dr Amar Patnaik, member of Parliament in Rajya Sabha, and UNICEF representatives from several countries.

It was a ‘surreal experience’ for the teen, being a member of the panel that included representatives from the health ministry of Egypt and director of non-communicable diseases and mental health, WHO. This was also her first foreign exposure, as well as her maiden attempt at speaking on such a large platform.

She was nervous at the start but soon found her feet. “To my surprise, many people whom I met at the World Health Summit knew me already.” One such person was Dr Shubha Nagesh, heading the South Asia region of Women in Global Health. “She just walked up to me and said, ‘you are Manvi Tiwari, right, I have been looking for your number for quite some time’,” recalls Manvi. Having admired Dr Shubha Nagesh, Manvi was pleasantly surprised to learn that Dr Nagesh was following her work too. Today, Manvi is part of Dr Shubha’s project – Women in Global Health. 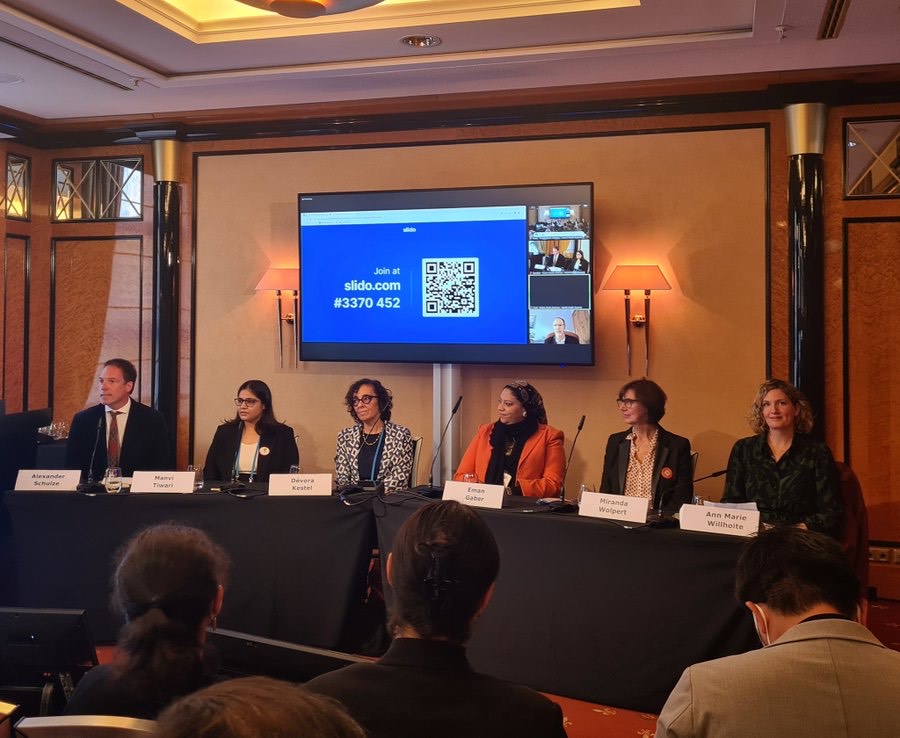 Manvi Tiwari with panel members of her session on mental health at World Health Summit, Berlin

“I am a lived experience expert. It means an expert who has experienced mental health issues,” tells Manvi. She wasn’t even a teenager yet when she first began dealing with mental illnesses like obsessive-compulsive disorder (OCD), and depression. “I was 11 or 12 when my mother was diagnosed with OCD and depression. Right now, there is lots of awareness about mental health but that time it was close to zero. I remember how I used to search for keywords on the internet to find a solution to my mother’s problems, but was led to concepts like superstition to describe her situation.” It took time for Manvi and her family in Kanpur to realise that the condition that her mother has been suffering from was a mental health issue and that there are specialised doctors to treat her condition.

“Even today there is a very niche audience comprising youngsters, well-to do people, or those staying in metro cities who are aware of what mental health means. Outside of these segments, most people remain unaware, like we were eight years ago in Kanpur,” she remarks.

With psychiatric interventions, Manvi’s mother’s condition gradually started to improve and has shown drastic progress since. Her mother, Manvi says, showed great determination, handling her job as the principal in a government school, taking care of a family of four and working with psychiatrists at the same time to lift herself out of her mental health situation.

This talk was my moment of “why should people listen to me amidst people with doctorates and decades of experience”. And the answer was for my lived and living experience. It’s important we democratise the mental health and development space. https://t.co/8lx5aZ45eH

Manvi had a great role to play in her mother’s successful journey. She often found herself talking and behaving like a therapist around her parent. However, as her mother began showing signs of improvement, Manvi began to develop OCD and anxiety herself. “I did not share it for long with others except my family,” she says. Her teachers noticed a change in her behaviour and asked her what had happened. She was reluctant to talk but as they persisted, she began to open up.

“I still have OCD moments; I still get anxiety. I still seek help from professionals but I am more or less cured,” says the activist, who has been using her personal experiences to help others transform their lives. “My source of strength is certainly my mother,” she smiles.

“Even now just because I speak regularly about it, it’s still hard to speak about my experiences, but a person gradually adapts to the condition. And there are forces that compel me to speak for benefit of others,” she tells.

Speaking out is important

Manvi had written the first-person account of her entire journey of helping her mom deal with her OCD and depression, experiencing it herself and rising above it. The purpose was to help de-stigmatise mental health ailments and make people understand that they should not be ashamed of it.

“If first person accounts of mental health struggles had been available to me when I was 12-years-old, I would have had more clarity and been less scared,” she says. “The lack of voices of lived experiences compelled me to write down my thoughts,” she adds. 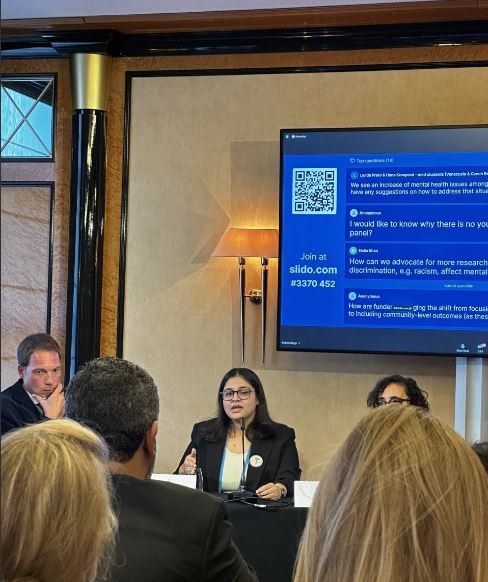 Manvi wanted people with mental health issues to know that many others are going through the same condition and it is absolutely possible to come out of the situation with help from experts.

When the teenager started writing, she had approached several digital media platforms to publish her work and is grateful to organisations like Livewire and iViva who published her thoughts. “When positive feedback started pouring in with people thanking me for sharing my story, my fear of how people would react slowly vanished. Sharing became quite empowering,” tells Manvi.

The course of life

While Manvi was sending her first-person account to different media platforms, she sent it to the Global Mental Health Peer Network as well, mistaking it for a media house. However, this error proved to be a boon, changing the course of her life. “The non-profit organisation, which works with people with lived experiences, approached her and made her the country executive of India. Thus began her journey of global collaborations.

The multimedia and mass communication student wishes to pursue a career which is at the intersection of her degree in media studies and passion for mental health. Writing a book on her lived experiences is also one of her future goals.