(March 19, 2022) If you have a proclivity for tech, one of two things can happen: You can turn that knowledge into a solution; or you, learn and create an ecosystem striving higher. For teen changemaker Karthik Ramu, it was a coupling of both these that helped him solve the hugely ignored elder care problem in the US. Deep in the throes of his freshman year at the University of Virginia, his grandfather in Coimbatore fell ill. The Virginia-based boy and his family were on tenterhooks.

Nothing worth something is going to be easy. One day you get someone interested, another day you are rejected – continuing to innovate with focused understanding is important.

Witnessing angst and uncertainty, Karthik set out on a path to research on elder care, get data, and he and his classmate Kushi launched AmityConnect. The mobile platform helps families monitor elders’ health by aggregating real-time health data from smart medical devices (smartwatches, etc). Honoured as a global teen leader by We Are Family Foundation (2021), he also won the T-Mobile Changemaker Challenge award and was chosen among the top 30 changemakers. The enterprising teen changemaker is direct, has a weakness about numbering his pointers, to then tackle each head on. 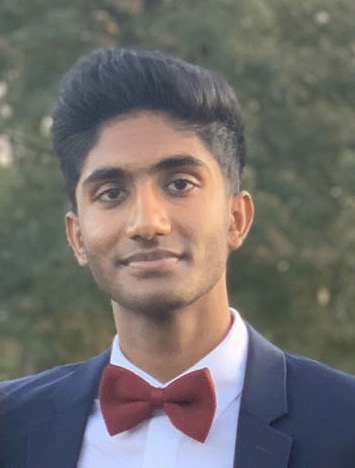 When an idea was born

The Tamilian born in North Carolina is as close to his Coimbatore-born parents’ roots as he is to his Indian-American culture. The single child’s upbringing was also entrenched in tech as his father is an IT consultant, and his mother helps at their firm. AmityConnect was initiated in 2018-19 at his stem-based magnate high school. An entrepreneurship computer science programme piqued his curiosity, and he ideated on a solution with the potential to impact society. 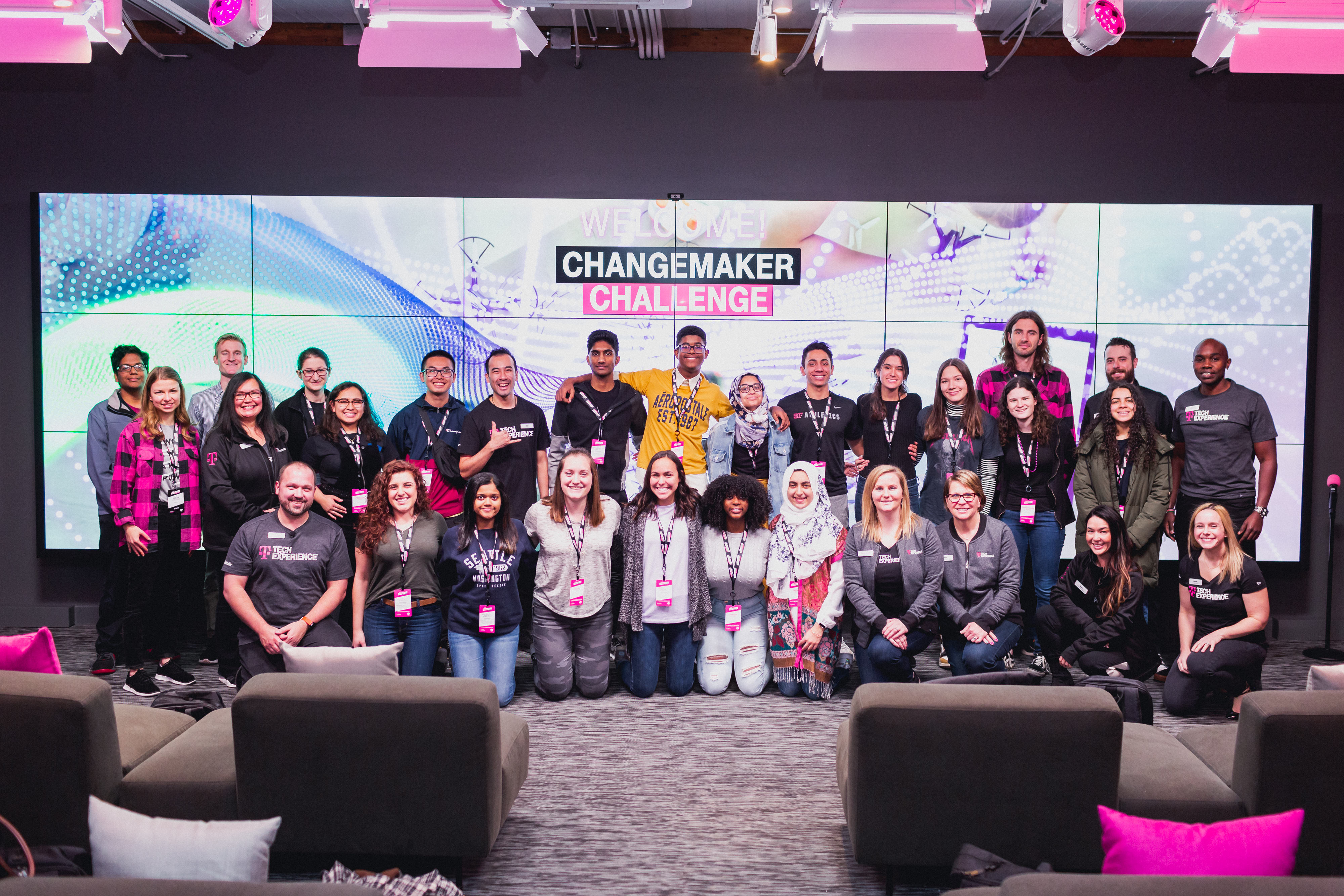 “The biggest problem for our team was our grandparents – they had medical emergencies. I saw my grandfather suffer a heart attack. We felt distant and unaware, and were unable to offer the best care,” says teen changemaker Karthik Ramu in an interview with Global Indian. Putting his thinking cap on, the co-founder realised that the need for elder care was critical. His grandfather recovered, and a quest began to solve this oft-forgotten need – “Did you know that the elderly population is expected to double globally from 900 million to 2 billion in 2050 – it shook me,” adds the 19-year-old.

Caring for the aged

About one in six people in the US are elderly – with chronic conditions. Often, families and caretakers are left in the dark, and unable to give pertinent care. Initially, they created an app that aggregates data from medical devices but soon realised the larger problem – the data was inaccessible to caretakers, family, etc.

AmityConnect was born as a simple yet ground-breaking way to care for the elderly – simplifying data from devices to send updates on health, and using AI to predict trends — the idea was pitched to tech competitions. Seven family members were roped in to test the app, and it emerged that it was perfect for senior-living facilities. Amity, meaning peace and calm, is Karthik’s way of connecting everyone together for elder care – a peace emanating prospect, no doubt.

The app data also helps predict medical emergencies. “The data we are aggregating shows a trend in medical vitals, thus with AI and ML, we are able to predict heart attacks, etc. We tried to create an AI model to help senior living facilities prep for emergencies,” explains the serious-minded teen changemaker.

The team is also streamlining the way senior living facilities work (often outdated). Families get elders’ health updates at their fingertips with a feature that allows senior living staff to convey data. The beta testing during Covid-19’s peak saw them partner with 20-30 Apple Fitbits. Slowly understanding and smoothening glitches, the focus is on funding, development and growing the team. They also won a competition judged and created by Tim Draper, a renowned venture capitalist in the US, winning $16,000 -$17,000 funding. The goal is to triple funding, launch and tap into the 40,000 to 50,000 US-based senior living communities. 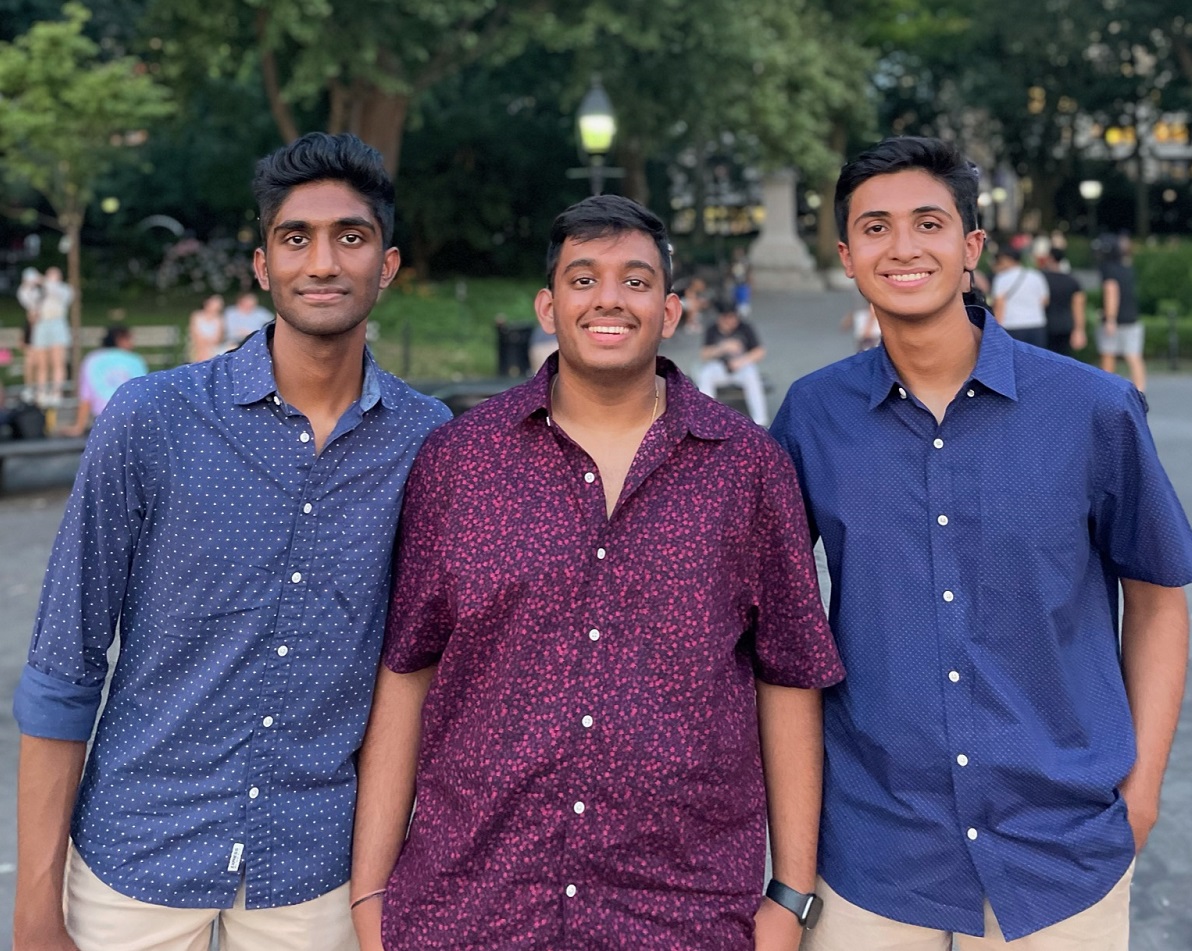 The only way is up

Expanding the team, they brought in WWDC scholars (Apple Worldwide Developers Conference) – Don, from Singapore and Nick from Netherlands. In the pre-launch stage, Karthik is now busy with school and wants to study MBA (economics and computers science). A part of him longs for the traditional setup of families in India, where primary caregivers are family members, but he accepts that the US is different.

Starting up is tough, and he believes he has the resilience and strength of purpose to succeed, “Nothing worth something is going to be easy. One day you get someone interested, another day you are rejected – continuing to innovate with focused understanding is important – How can I impact others? I realise that the only things that stay are your ideas and work,” says the very mature teen changemaker.

His “India” is a bustling cornucopia – active and alive. Those yearly trips are precious. Fluent in Tamil, Karthik adds, “I speak to my grandparents often. When we go to India, we visit the village. I’ve been brought very Indian, and that has helped me in many ways. Acknowledging the other parts of you, and your identity is helpful, and makes one unique.” 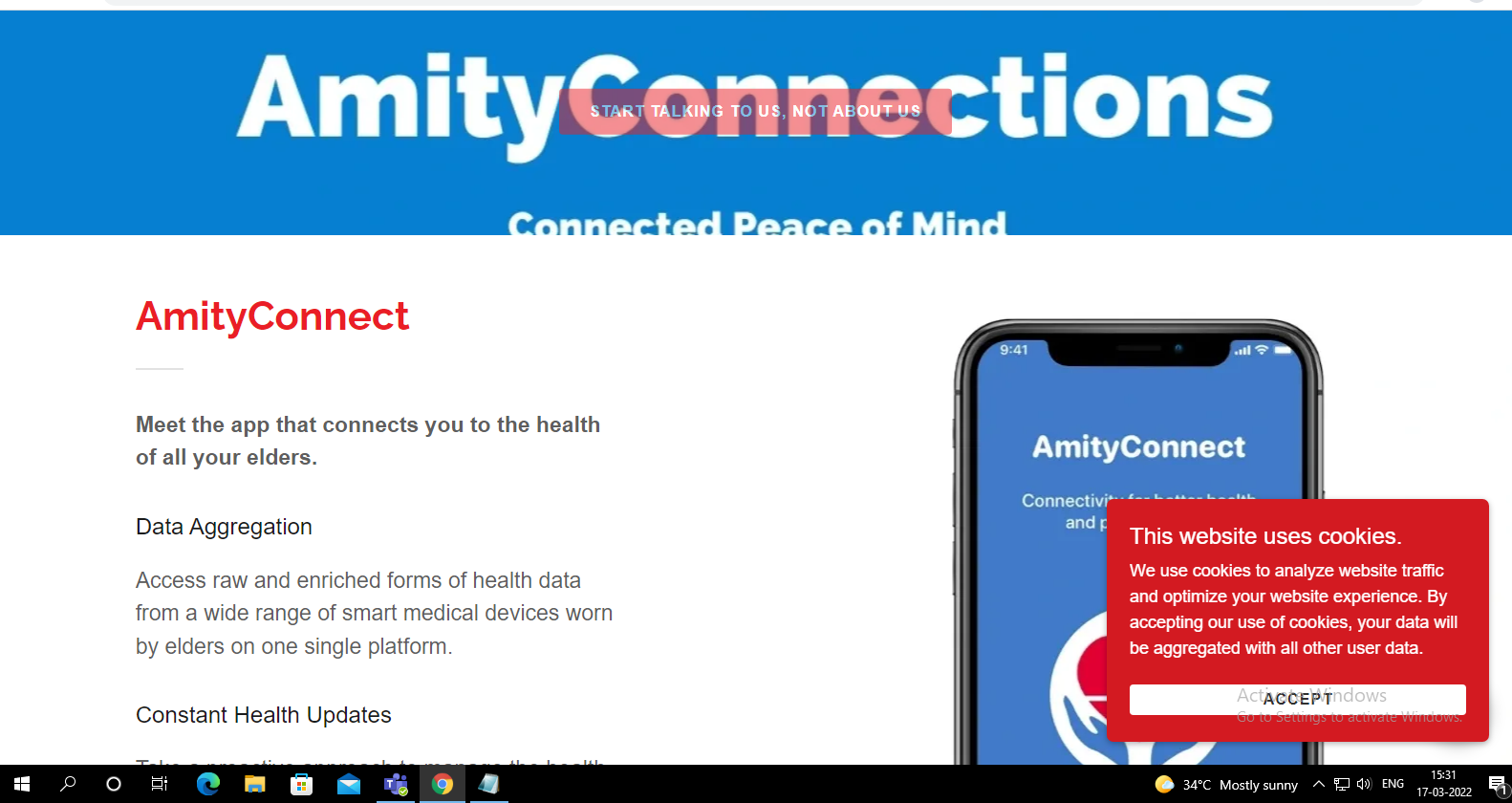 Left to his own skillset, his parents are supportive but noninterfering. “Their goal is to guide me in the right direction – whether to pitch at competitions or a willingness to drive me there, they motivate me. At the same time, I am doing these different ventures, helping out with different entrepreneurship projects so they ensure I balance it all,” smiles Karthik, who hopes to graduate and devote time developing AmityConnect, and ultimately be his own boss.

His parents are unaware of his projects, “They joke that I never tell them anything, but they end up being pleasantly surprised and proud,” adds the teen changemaker. 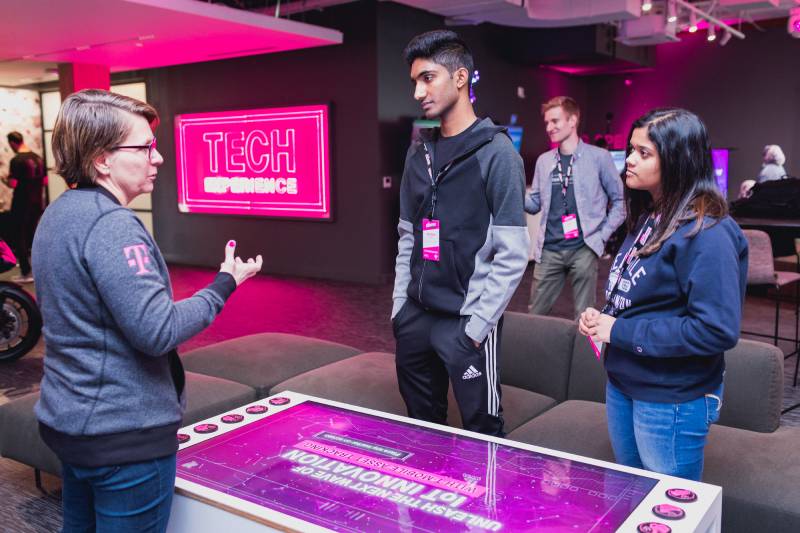 Quiet, contemplative, his close-knit friends’ circle helps him spread those bookish wings further. The 5’10’’ basketball player is thankful to his teachers – “Ms Schmidt, Ms Dorothy, who were a guiding force to help me get the right resources. Cliff Weitzman (founder and CEO, Speechify, an AI-powered text to speech platform), who has a YouTube channel inspired me with his writing. He knows what it is to be a student entrepreneur, and grow a 100-plus team to generate revenue,” says the basketball aficionado.

Another mentor, Drew Bartkiewicz (in the top 100 influential people by Goldman Sachs) from We Are Family Foundation is a mentor. The teen changemaker says, “His immense experience in scaling app-based companies – helped us immensely.”

Covid-19 was Karthik’s, “time to introspect, create his own values and understand where he is, and where he wants to go.” Yes, for a freshman, the teen changemaker philosophises too.