(March 12, 2022) At the age of 17, as most kids struggle with board exams, Indian teen scientist Snehadeep Kumar founded and continues to run The Aurora Academic Journal, a platform for students to publish. In October 2021, he founded the Nebula Space Organisation, the world’s first space organisation run by students. It’s an ambitious project, one that involves creating a floating settlement on Mars and caught the attention of Harvard University, resulting in a collaboration.  He now has high aspirations of building the world’s smallest space telescope too. As he juggles his projects with his own research, the budding young Indian scientist is busy trying to decide at which University he can begin his scientific career.

How a journal became the crux of knowledge

When he said he wanted to reach out to the world’s top scientists to support The Aurora Academic Journal, Snehadeep was met with skepticism from friends and peers. He gave it a go anyway, dashing off emails to Bill Gates, astronaut Buzz Aldrin, Tim Berners-Lee, inventor of the World Wide Web, Sir Peter Ratcliff, winner of the Nobel Prize in Physiology and Medicine, Fields Medal Winner Edward Witten, the legendary anthropologist and primatologist Jane Goodall and Nobel Prize winner Dr Akira Yoshino, who developed the first commercially viable lithium-ion battery.

The initial response was as they feared – lukewarm. “We weren’t getting replies,” recalls the Indian teen scientist. In the end, persistence won the day. “I kept at it, I sent emails every day, telling them about our journal and what we hoped to do. One day, the responses began to arrive,” says Snehadeep Kumar in an interview with Global Indian. The celebrity testimonials are on display at the bottom of their website.

The Aurora Academic Journal takes entries from all over the world, across disciplines. Snehadeep stresses on the latter –  there is more than just science. The website gets 500 hits a day, with interviews with Dr. Robert Lefkowitz, Nobel laureate in chemistry and Dr. Tom Welton, president of the Royal Society of Chemistry. 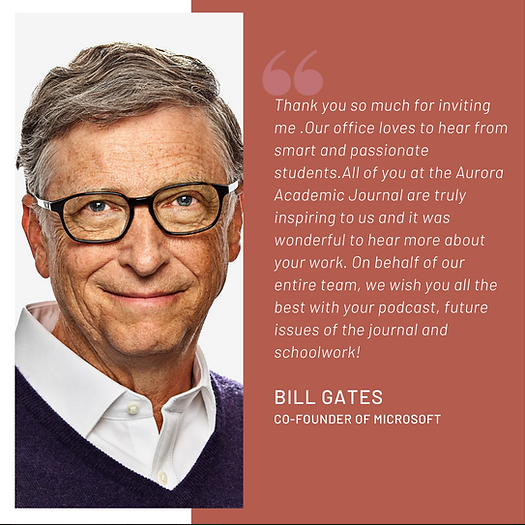 When science caught his fancy

Snehadeep’s talent for science surfaced early – by the age of eight, in fact. His parents, keen to stoke his curiosity, subscribed to several student newspapers like Times NIE, which he read cover to cover. “I would read about science and scientific experiments and be completely fascinated by it all, also films like Interstellar and Inception, and Christopher Nolan’s Tenet inspired me,” says the Indian teen scientist. His father works at SAIL, and his mother is a homemaker.

In third grade, an astute science teacher at his school DAV Model School, Durgapur, Soma Ghosh, noticed Snehadeep’s inclinations and took it upon herself to encourage him. “She asked me to participate in a science competition – Intel IRIS,” says the lad who grew up in Durgapur, Bengal. With her help, he built a functioning electromagnetic circuit, connected to a bell. “She taught me how to conduct a project, and write about it,” he adds. In Class 9, another mentor, Sushmita Chandra, a science teacher, cemented his knowledge – he worked on three projects with her.

That year, he began looking into trapping excess water from the soil. “Roots don’t absorb all the water, so where does the rest go? Can we save it? I placed a device that comprised a filtration tank, and a containment tank – water goes into the container, then into the filter for purifying,” says the Indian teen scientist, of the filtration tank which contained moringa seeds, a natural purifier. “We tested the water, and it was fit to drink. SRM University funded the project.  I also began thinking of publishing this in a journal,” he adds. Another project involved creating electricity out of carbon monoxide released from cars – creating a rechargeable hybrid battery. He wants to work on it more but being an expensive process – he hopes to continue it at university.. 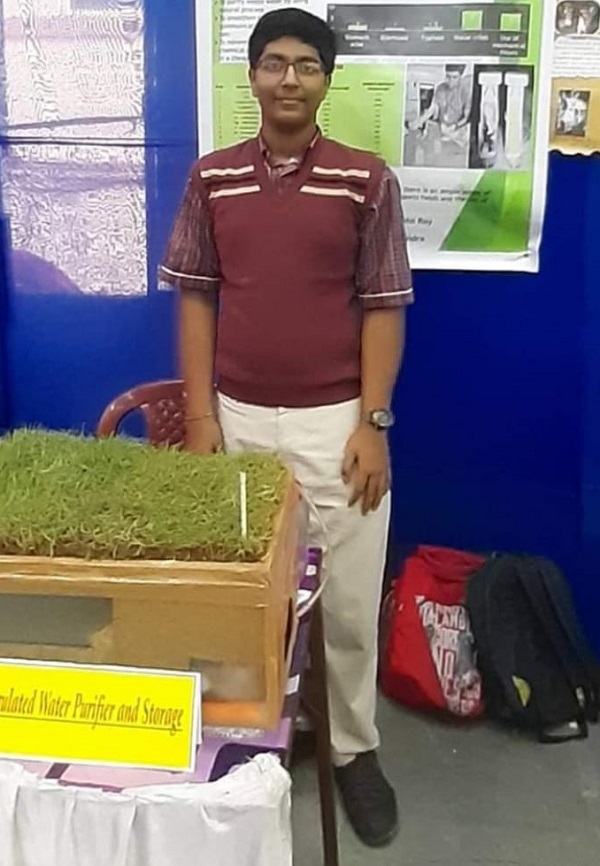 Snehadeep with the project that started it all

Getting published is tough, the Indian teen scientist found out. He approached Nature.com and Scientific American, and was turned down. “I also learned that we need to pay to have our articles published. Besides, journals like Scientific American accept submissions only from PhD candidates, or people with undergraduate degrees,” the Indian teen scientist says.

By this time, Snehadeep was already in communication with some of the world’s top scientists – Dr Tom Welton, president of the Royal Society of Chemistry, London and the Nobel Prize-winning physicist Gerard ‘t Hooft, who, “likes to chat with students. He would send me practice papers to solve,” smiles the Indian teen scientist, adding, “I have always been interacting with scientists, Nobel Laureates, to discuss problems in maths and physics. I spoke to Dr Welton about studying abroad and my prospects at the Imperial College, London too.”

The venerable halls of Cambridge, Oxford and the Imperial College, London, are his deepest desire but “there are financial issues,” he admits. Even Ludwig Max Institute of Technology in Germany, known for its physics research in the fields of atomics and astrophysics, is on his coveted list.

When research led to discoveries

In 2021, Snehadeep met other scientifically inclined children through his favourite social media platform, Discord. “I decided to start my own journal to help brilliant kids with original research who cannot afford to pay for publishing, get a fillip,” explains the Indian teen scientist. Reaching out to friends across the globe through Discord, soon he had a team in place. The Aurora Academic Journal, an interdisciplinary online magazine for students to publish research, was born. “We have 63 members in all, and 10 on the executive team,” he smiles. 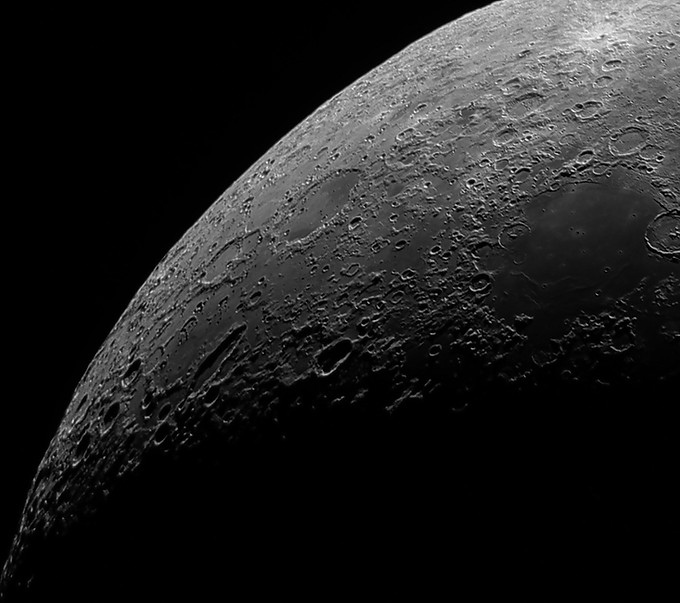 The Moon, August 13, 2021. Shot by Jasa Rebula for the Nebula Space Organisation

In October 2021, Snehadeep co-founded the Nebula Space Organisation, the first space organisation run entirely by students. “We would like to build the world’s smallest, functional space telescope. If all goes well, we would like to launch it by 2023-24,” says the Indian teen scientist. The team is also studying the Milankovitch Cycles (changes in climate caused by the Earth’s movements), and hopes to apply its principles on Mars. “We’re looking into what it will take to create a floating settlement on Mars,” he explains. The Nebula Space Organisation is now collaborating with Harvard University, working with students and faculty from various departments.

Always on the lookout for new programmes to do, new things to learn, normal teen activities are much too passe for him. “I received an acceptance from the Oxford summer programme but won’t be able to attend because of dates,” he mulls. The Indian teen scientist is also part of the Asteroid Search by Nasa’s Astronomers Without Borders, an initiative through which citizen scientists get the chance to make original astronomical discoveries.

The learning code: How Stanford alum Aashna Shroff focuses on incisive education for all