(July 31, 2022) The first season of Shark Tank India, a franchise of the American business reality show wrapped up in February this year. It received entries from 62,000 entrepreneurs from across the country, out of which 198 businesses were selected to pitch their ideas to the sharks – investors ready to chip in seed funding. Out of this, only 67 entrepreneurs got successful in raising funds. Delhi girl, Anoushka Jolly was one of them.

With a pre-revenue valuation of ₹50 lakh and five lakh funding for her anti-bullying app Kavach (‘shield’ in Hindi) the 13-year-old became the youngest entrepreneur to win funding for her idea on the business reality show. 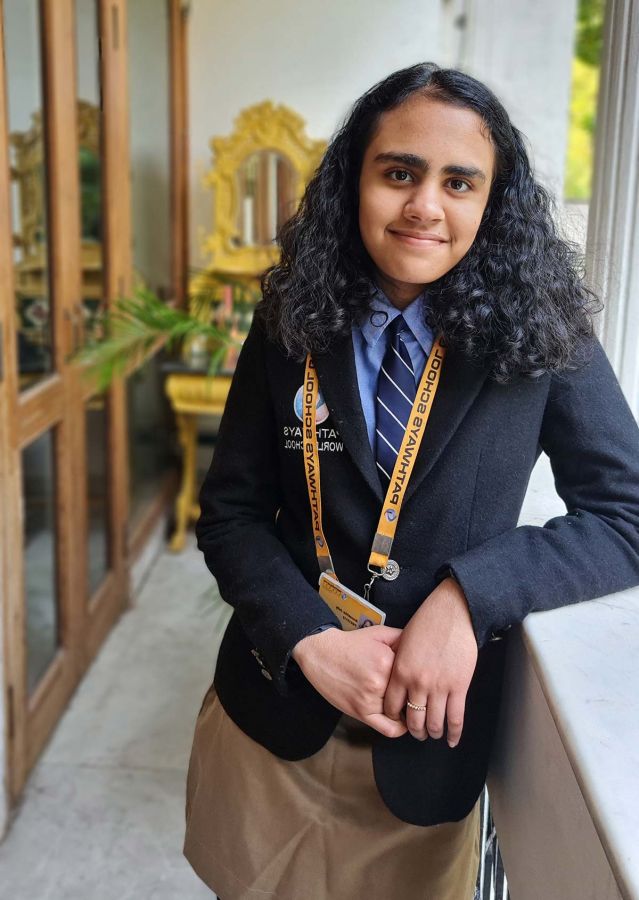 “I have been able to educate and impact several thousand school kids and their parents through my anti-bullying initiatives. I have even managed tie ups with one of the largest NGO of India – Bhumi, as well as a Nigerian NGO to eradicate bullying from children’s lives,” says Anoushka in a conversation with Global Indian.

How a victim of bullying turned into a changemaker

“I was bullied for a year when I was in grade three,” says Anoushka elaborating on what led her to work on the cause of anti-bullying. “Two classmates were emotionally blackmailing me and making me feel that I wasn’t capable enough. It affected my self-esteem. I found myself doing things like apologising when it was not required. I used to be upset all the time and formed a habit of looking down upon myself until I gathered courage to talk about it,” she recalls. However, what she describes as the lowest phase in her life, was also “turning point,” one that helped her “identify the purpose of life – to stop bullying and help kids be happier.”

By the time Anoushka reached class six in 2018, she launched her startup, Anti Bullying Squad (ABS), and started conducting seminars and online sessions across the country to make people realise how severe the impact of bullying can get, starting from her own school. Educational institutions, social organisations and experts have all been with her in her endeavour realising there was huge gap in knowledge on this aspect. Her mental health startup has so far been able to reach several thousand students, parents and teachers from 50+ schools.

Kavach – the shield against bullying

The teen social entrepreneur soon realised that seminars and sessions would solve one aspect of the problem but wouldn’t tackle it in its entirety. A real impact, she found, could only be made when incidents are reported. “Bullying continues unabated because there is hardly any intervention in schools. Authorities tend to be largely unaware of the extent of the problem. Students don’t want to report because they don’t want to be known,” remarks Anoushka. 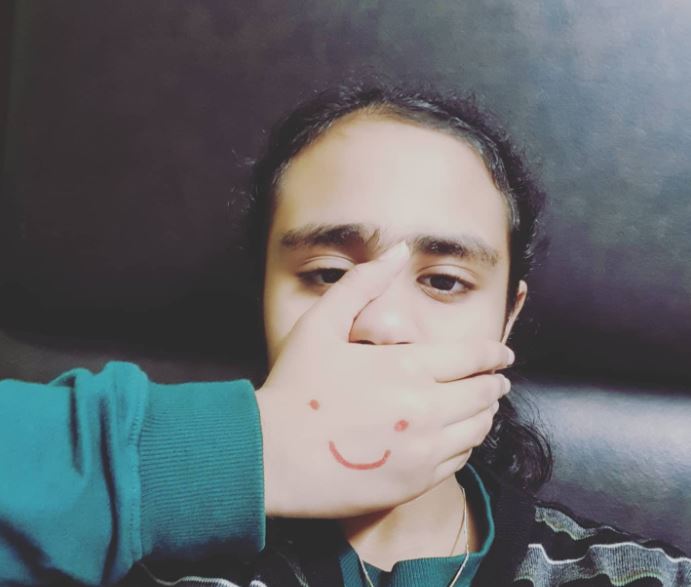 Putting on a smile and not disclosing bullying will not help

Kavach, therefore, is the answer to her idea of a mechanism which enables students and their parents to report bullying incidents anonymously. “Schools can now tactfully intervene and take action,” she believes.

She also runs a one-hour programme which is available on ABS website and YouTube comprising of 10 videos and MCQs to help children and their parents get sensitized about the issue.

Shark Tank experience is not the only winning moment that has come the youngster’s way.  When she was nine, she was part of the Young Entrepreneurs Academy (YEA), a US franchise that teaches entrepreneurship skills to under-18s. Anoushka had managed third place in the investor panel for pitching ABS. “Most of the students were in their teens, I was only nine at that time and the youngest of all,” she remarks. “The winning amount was about twenty to thirty thousand but it boosted my confidence immensely.” Happy that she could raise funds on her own, without even having to ask her parents, Anoushka had invested the amount in setting up ABS. It brought her recognition among the ‘Top 21 for 2021’ Innovative Tech-Based Women-Led Startups by ITC & Shecapital.

Her share of limelight on television has not been limited to Shark Tank. The social entrepreneur was also recognised as a Network18 Young Genius in a reality TV show organised by Network 18. She had received an invitation from the Ministry of Culture on behalf of The Government of India to be a part of the song ‘Mauka Hai’ amongst the 40 youth icons like PV Sindhu, Hima Das and Mira Bai Chanu as part of Azadi ka Amrit Mahotsav celebrations.

Bullies are not villains

A lot of kids have reached out to her and shared their stories. “They just wanted a person to listen, and were waiting for someone to talk about it. By finding a listener, fifty percent of the problem vanishes,” she tells. Anoushka is happy about the fact that she has been that listener to so many kids. When people share their stories, it keeps me motivated to work even harder for millions of students who are suffering from the problem,” she says. 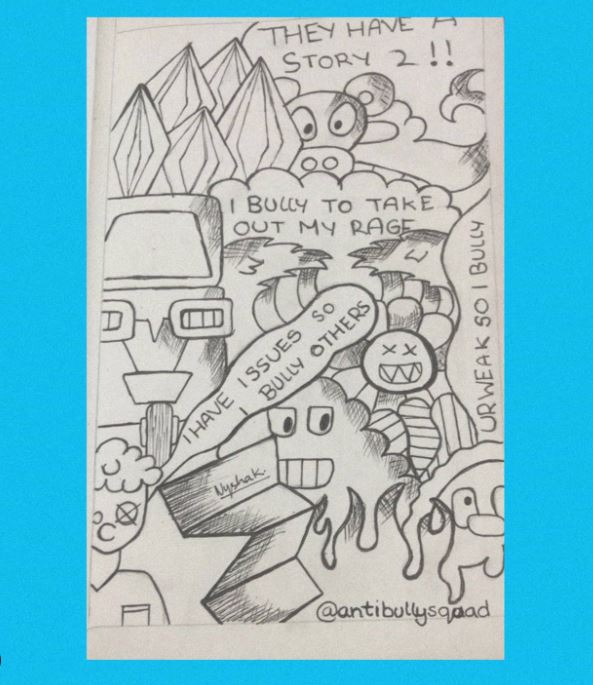 Anoushka shared one of her supporter, Nysha’s art work on her social media handle that emphasised on ABS perspective

However, Anoushka does not believe that bullies are always villains. “No one is born a bully, they are usually led into it in one way or another. We need to be open to hear their side of the story, be empathetic and forgiving because sometimes peer pressure also leads them to bully. However, the good thing is that we can always lead them back to being good,” she mentions.

The daughter of an entrepreneur father, and chartered accountant mother, Anoushka is currently working in the metaverse/gamification space with a focus on mental health. “As a society we do not acknowledge mental health issues of teenagers and since youngsters love immersive experiences, I am combining technology with mental health for a cause,” informs the teenager who loves psychology, biology and Spanish.

She feels she has found her purpose in life and would like to continue the work she is doing but scale up in time. “I want to be very well educated and be a life-long learner.”