(December 27, 2021) Quarantine was named Cambridge Dictionary’s Word of the Year 2020. Rightly so. Almost the whole world was under lockdown, courtesy Covid-19. Many baked or gardened, yet Phoenix-resident nine-year-old Anaik Sachdev turned inwards – books became his salvation. After a spring-break visit to New York, his mother was diagnosed with Covid 19, and soon after, his grandmother too. During those weeks at his home, Anaik found solace in books, they helped him escape isolation even as his family struggled with illness. This discovery of books gave him the perfect dose of mental relief. It gave birth to Anaik’s Loving Library, for which he has won the Phoenix Business Journal 2021 Philanthropic Hero Award. The little tyke was also invited on the Ellen DeGeneres Show, which catapulted him into the limelight. “Those weeks made me realise how lonely it can get, and how books are a perfect companion for anyone dealing with Covid 19 as they provide mental escape,” Anaik tells Global Indian in an exclusive interview. 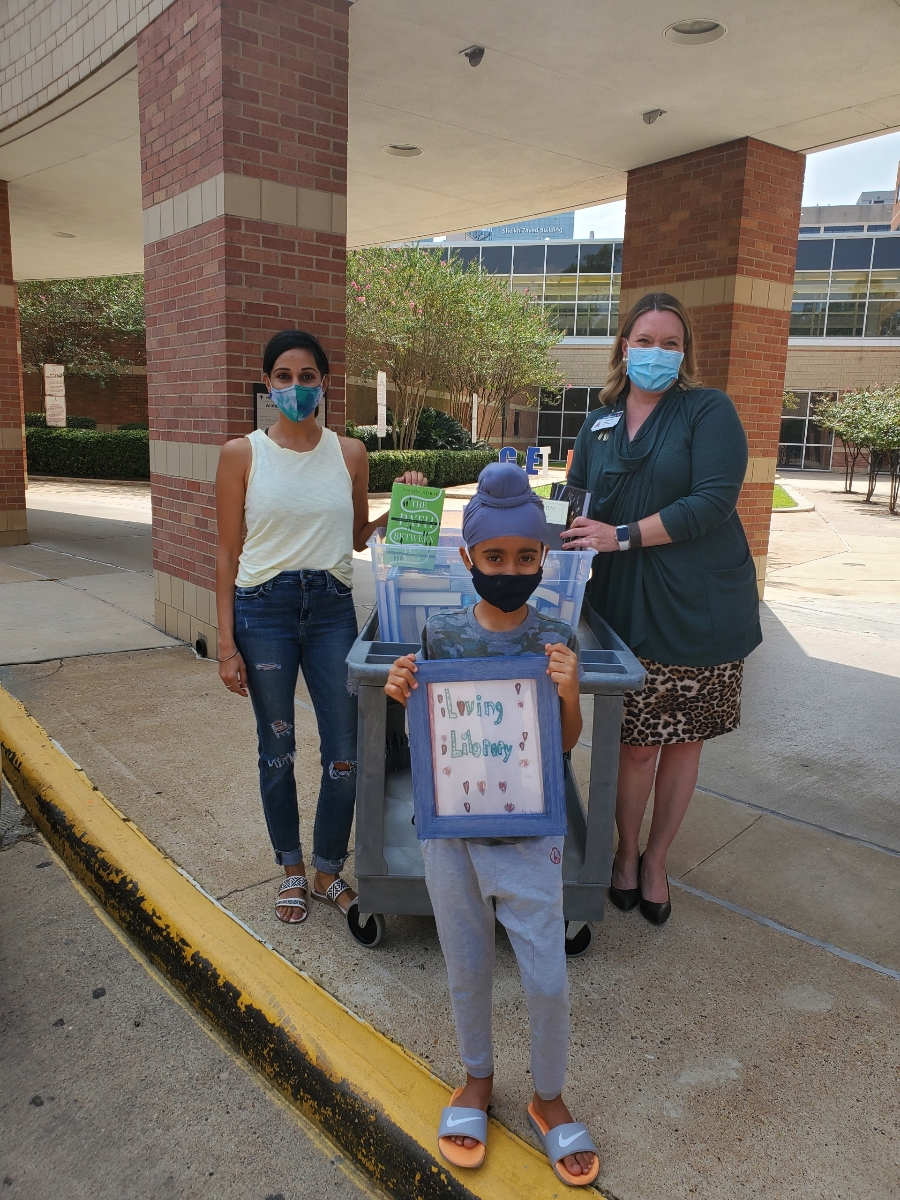 Not isolated when books are your friends

After his grandmother tested positive and was hospitalised, Anaik realised how harsh and cold isolation can be. “I would facetime her during her stay at the hospital and (I saw) she had no sunlight (in her room). She couldn’t interact with anyone, it felt so lonely. Back home, we were reading books to pass time. I thought to myself that books could be a great escape for loneliness at the hospital,” reveals the nine-year-old who launched Loving Library amid the pandemic to help Covid-19 patients combat loneliness and isolation. 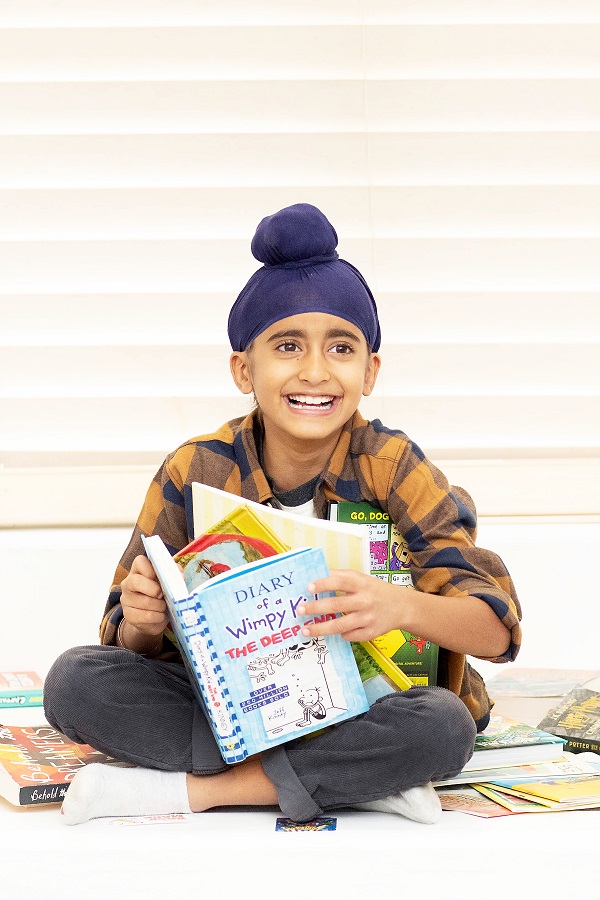 Anaik Sachdev with his books

What began as an experiment to help his grandmother soon transformed into a heartening ray of hope extending a helping hand to thousands in Arizona. “It’s a mini-library which travels to hospitalised Covid patients, and helps them battle loneliness through books,” chirps the Class 4 kid.

Anaik’s mother Anjleen Gumer helped her son set up an Amazon Wish List, and invited book donations from people. Soon a plethora of books from various genres started pouring in at Sachdev’s doorstep, and Anaik’s Loving Library started to take form. “We have now partnered with Changing Hands, one of the oldest bookstores in Phoenix and have been asking people to donate books,” announces the student at Iva Elementary School.

Once the stacks of books are assembled at his residence in Phoenix, Sachdev puts a Loving Library sticker created by his brother Jovin and him on the books to let people know that “they are cared for.” In 2020, Anaik’s library donated over 1,000 books to the Valley Wise Hospital in Phoenix, a place that he zeroed in on along with his mother after a great deal of research on hospitals that might need books. 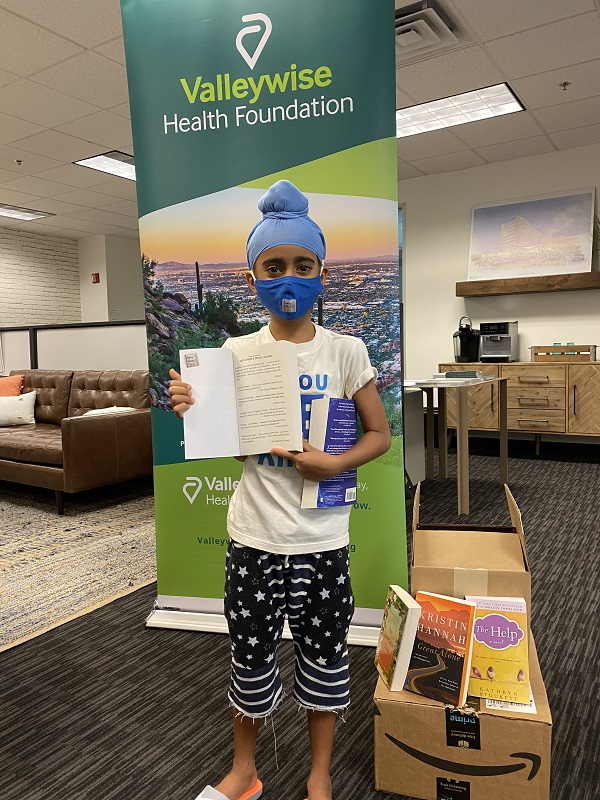 From hospitals to the homeless

Today, the Loving Library has moved beyond the realms of hospitals, and is making books available to the homeless too.  “It saddens me seeing so many homeless people, and I want to help them. I want to give them books so that they don’t feel lonely,” says the Sikh boy who has collaborated with Circle to City, homeless healthcare for the expansion of his project. This year, the fourth grader is happy to have collected over 500 books for donation.

In over a year, Anaik’s library has comforted thousands of Covid-stricken and the needy, to great acclaim. Such has been the popularity of his project that even American host Ellen DeGeneres couldn’t resist calling Anaik on her show. The producer of the show contacted Anaik’s mom, and the interest in this nine-year-old catapulted. “It was such an incredible experience to fly to Los Angeles to be on the show. Seeing the DJ perform live and seeing my parents in the audience was a wonderful experience. Getting on stage with all the cameras and lighting was a different ball game but Ellen made me feel very comfortable,” reveals the boy who has become a celebrity among his friends. “My friends were so excited to hear about the Loving Library and in fact, many donated books too,” adds Anaik. 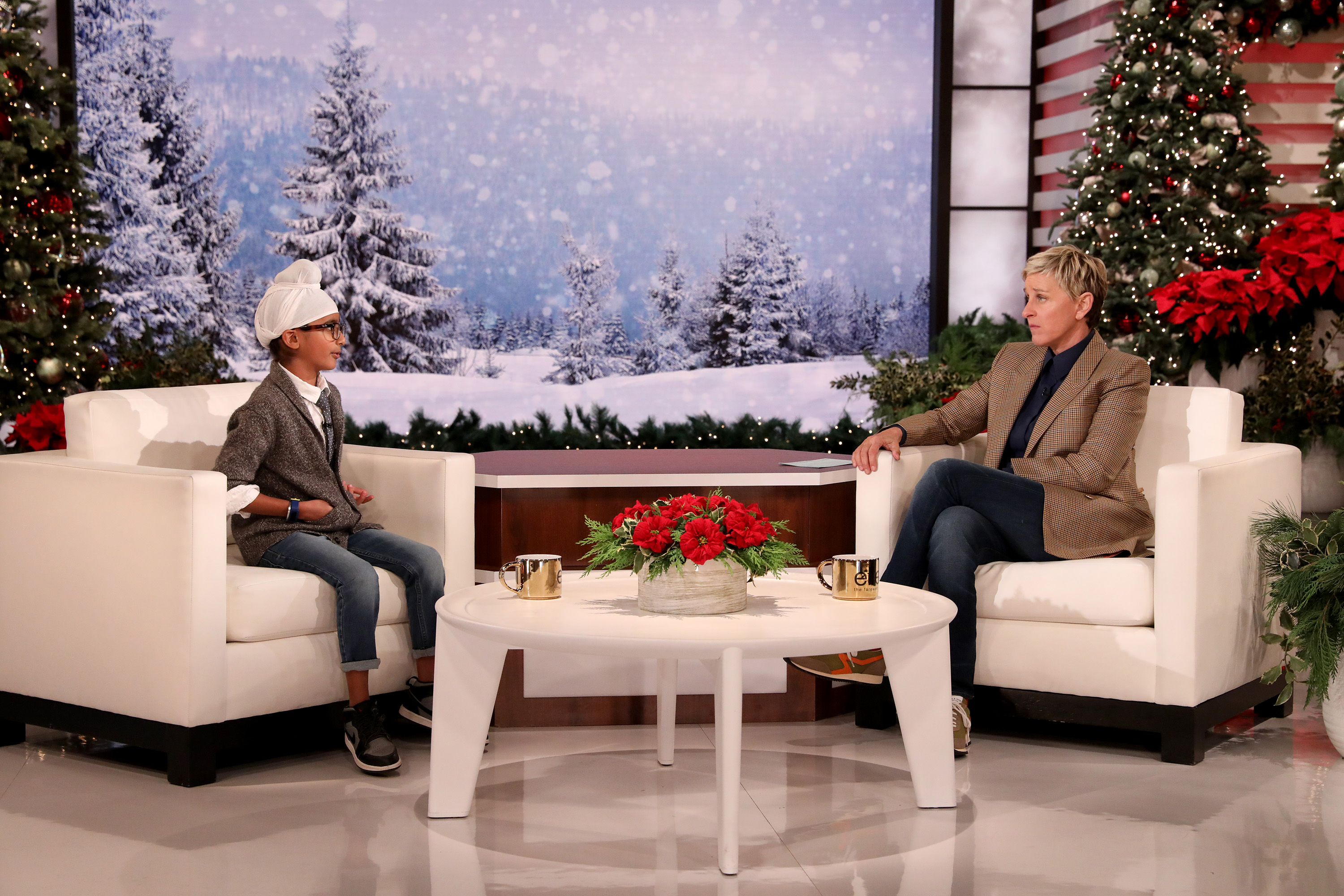 The art of loving continues

With 14.3K Instagram followers, today he is a social media sensation, and uses his influence to spread the word about his Loving Library. It, incidentally, also gave a new lease of life to Anaik’s rap repertoire. “I find talking videos boring. I love writing rap songs, and thought that mixing the two would be a great way to garner attention,” adds Sachdev, who aspires to be a rapper if his plans of becoming an NBA player or an anaesthesiologist like his father don’t pan out.

The cool kid from Phoenix is all praise for his parents who helped him establish the library, and fund his project. “My mom is my biggest support. She helped me launch the project, and has instilled the values of giving in me. Even my dad supported me throughout the process,” says the boy.

With the curtains drawing on 2021, Anaik has plans to expand his library to children in the paediatric departments, and burn centres across Arizona in 2022. “This is my plan. At some point, I want to open my library to the outer world and not just restrict it to hospitals,” the Harry Potter fan signs off. 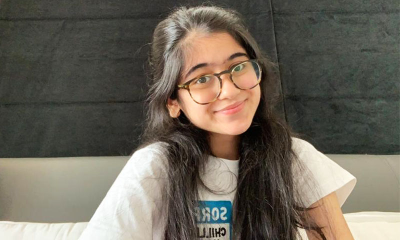 Yash Aradhya: How this Formula 4 racer is vrooming to podium finishes