Global IndianstoryIndian OriginSophia Duleep Singh: The Indian-origin princess who fought for women’s rights in the UK

Sophia Duleep Singh: The Indian-origin princess who fought for women’s rights in the UK

(July 27, 2021; 6.30 pm) Did you know that less than 3% of all public statues in the UK are of non-royal women? Ethnic minorities representation is even more sparse. Which is why lawyer Zehra Zaidi of We Too Built Britain launched the Hidden Heroes campaign. The campaign calls on British MPs to nominate people who deserve to be remembered with a statue. And one name that’s come to the fore is Princess Sophia Duleep Singh (1876-1948) – daughter of the last king of Punjab, Queen Victoria’s goddaughter, and a prominent suffragette in 20th century UK.

Britain’s first Sikh woman parliamentarian Preet Kaur Gill nominated the late princess for a new memorial to represent the diversity of the UK. “I am backing the Hidden Heroes campaign because we have so many of our achievements to celebrate and the stories of more under-represented groups can help build pride and a shared narrative of what Britain is today,” said Gill in a statement.

Princess Sophia Duleep Kaur would be so proud today. She fought for women's right to vote & a Sikh woman #PreetGill got elected as MP #Sikhs pic.twitter.com/BRRHoltw56

Princess Sophia was among the leading suffragettes who campaigned for women’s rights and most famously fought for women’s right to vote in Britain in the early 1900s. Daughter of deposed Maharaja Duleep Singh, she used her fame, position and tenacity to fight for gender equality in the early 20th Century. Her campaigns attracted the attention of the British government and press as she organized activities that ranged from selling The Suffragette newspaper outside Hampton Court Palace and participating in the landmark Black Friday. She is best remembered for her leading role in the Women’s Tax Resistance League, though she participated in other women’s suffrage groups such as the Women’s Social and Political Union too.

Born in 1876 at Belgravia to Maharaja Duleep Singh and his first wife Bamba Müller (of German and Abyssinian heritage). Her father Duleep Singh had been chosen to rule Punjab at the age of 5 after the death of his father Ranjit Singh, while his mother Jindan Kaur acted as Regent. However, during the Second Anglo-Sikh War of 1849 the kingdom of Punjab suffered a crushing defeat and the 11-year-old king was forced to abdicate. He had to hand over his kingdom and the famed Kohinoor diamond to the British and was sent to England where he was placed under the care of Dr John Login. His mother, Jindan, was exiled. During his years in England, Duleep Singh converted to Christianity and was befriended by Queen Victoria, who was very fond of the “Black Prince of Perthshire”. 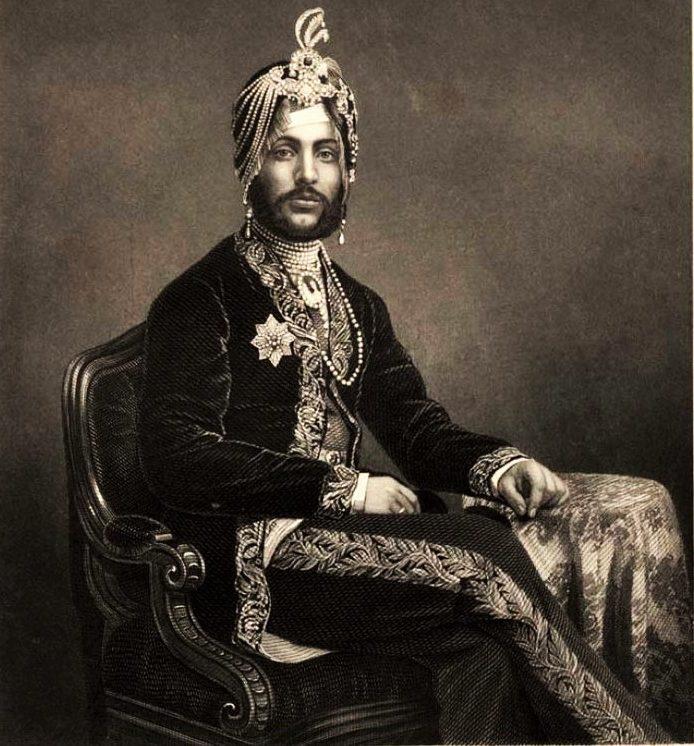 Thirteen years passed before the Crown permitted him to reunite with his mother, whom he took back to England with him. As Jindan struggled to adjust to her new life in an alien country amongst people she deeply distrusted, Duleep reconnected with his roots and reconverted to Sikhism. He learnt just how much he had lost by abdicating all those years ago. It would be years before his children learnt the same.

She was part of a large family and had five siblings and two half siblings. When she was 10, her father attempted to return with the family to India. However, they were met with arrest warrants in Aden (Yemen) and were forced to return. In 1887, when Sophia became ill with Typhoid, Queen Victoria sent her own physician to care for her goddaughter. Sophia’s mother who had been caring for her fell ill instead and succumbed. Sophia survived. 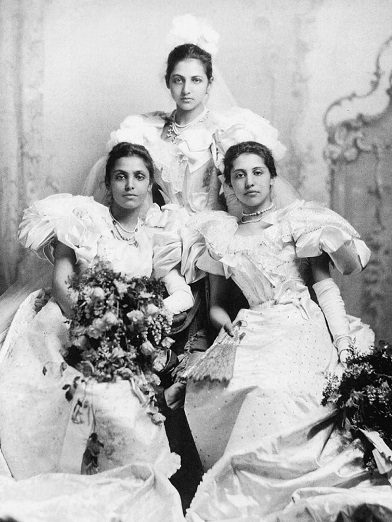 By the time her father died in 1893, Princess Sophia had grown into a young woman fully immersed into studies and proud of her musical abilities. After her education, Sophia and her sisters traveled to Europe, which left her with an appetite for more adventures. When she returned to England, she was given a residence at Faraday House in Hampton Court. However, during her official debut into society, Sophia was disappointed that she and her sisters (despite being born princesses) were relegated to entering behind Duchesses. 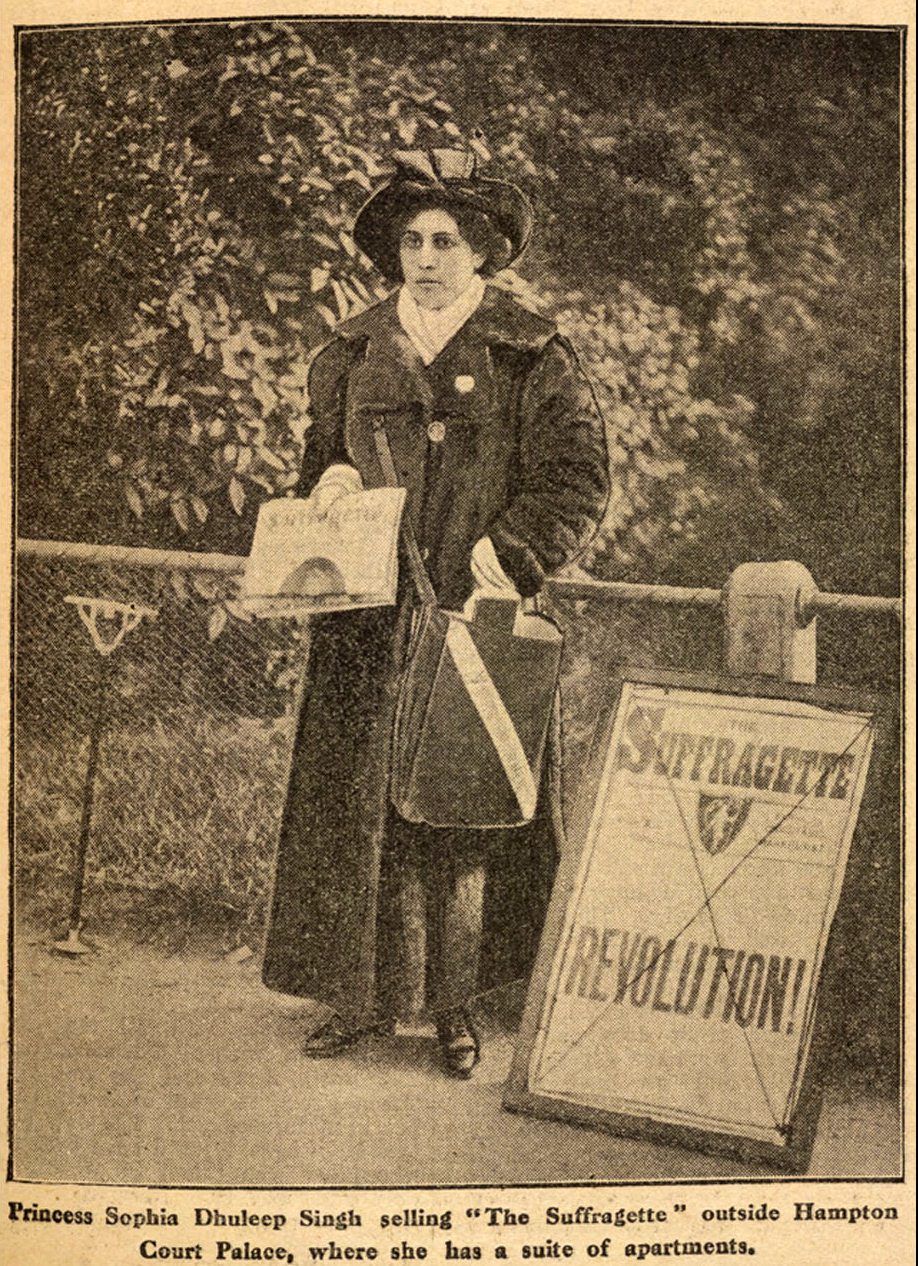 In 1895, she bought herself a bicycle, which became a symbol for the emancipation of women. She soon became the poster girl for the bicycle movement.  Sophia traveled to India in 1903 where she stayed for nine months. The visit exposed her to the extreme poverty in the country and she returned to England as a more thoughtful person; she felt a profound need to be useful. When she returned to Indian once again in 1906, the country was in political turmoil and the Princess was caught up by Indian nationalism much to the chagrin of the Crown. During a 1907 trip to India, she visited Amritsar and Lahore; it was then she realized just how much her family had lost by choosing to surrender to the British. She hosted a “purdah party” at Shalimar Bagh in Lahore (shadowed by British agents). Here she encountered Indian freedom fighters such as Gopal Krishna Gokhale and Lala Lajpat Rai and sympathized with their cause. She slowly began turning against the Raj.

Back in the UK, in 1908 she met marriage reformer Una Dugdale, a member of the Women’s Social and Political Union (WSPU) and the princess pledged her commitment to women’s rights.  By 1909, she was involved in the women’s movement and signed up as a tax resister.

Transformation into a suffragette

Soon Princess Sophia joined other suffragettes as they descended upon the House of Commons hoping to meet the Prime Minister. However, they were thwarted by brute police force of such nature that even Winston Churchill (who was no admirer of suffragettes) was taken aback. During her years as a suffragette, Princess Sophia was arrested as well. One such incident occurred in 1911 when she hurled herself at the Prime Minister’s car with a banner that read “Give women the vote!” In the meanwhile, the suffragettes began to realize that the Princess could help their cause and requested her to take on a more high-profile role; Sophia preferred to stay low key. She began selling The Suffragette Newspaper outside Hampton Court Palace and by 1914 was donating 10% of her annual income to the cause. 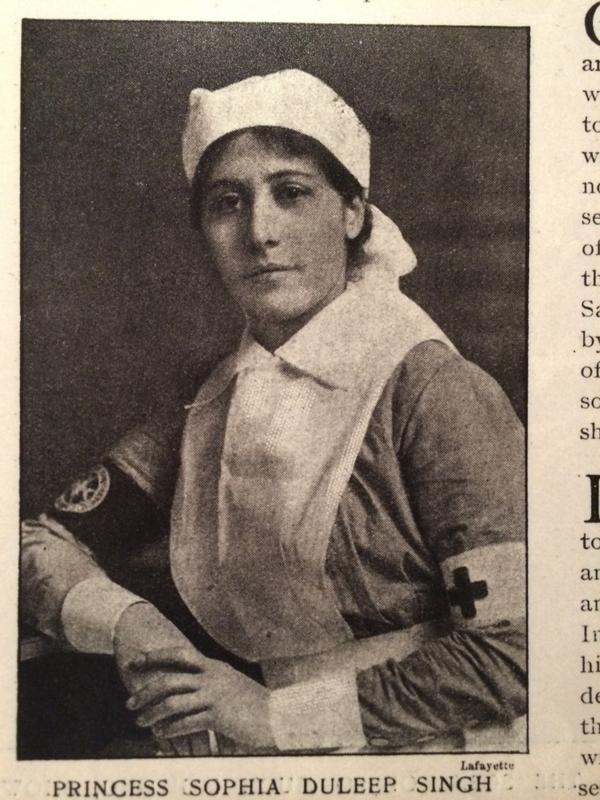 When World War I broke out, she signed up as a Red Cross nurse and tended to wounded soldiers; many of them Indians. In 1928 The Representation of the People Bill was passed in parliament; it enabled women over the age of 21 to vote on par with men. The following years Sophia spent a relatively quiet life at Hampton Court Palace. After the Second World War, it was discovered that Sophia had a tumor in her eye that needed surgery. She refused the treatment and passed away in her sleep in 1948 at the age of 71. Though raised a Christian, she requested that her body be cremated in keeping in line with her Sikh heritage and her ashes be scattered in India.

Princess Sophia Duleep Singh may have been born and brought up in a country other than her own. But she adopted it to the best of her ability and fought to make women’s lives better at a time when it was unheard of. As she grew older, she discovered her love for her Indian and Sikh heritage and embraced them wholeheartedly. When she discovered just how much her family had lost to the Crown and how her country was suffering, a history-defining journey of self-transformation began. She then dedicated her life to the cause of women’s rights and saw several changes made in her lifetime. Let’s commend Preet Kaur Gill for taking the initiative of bringing Sophia’s contributions to the fore by nominating her for the Hidden Heroes campaign. Neeraj Kakkar: The man who’s keeping traditions and memories alive, one drink at a time