Nikhiya Shamsher: Taking on the ’emperor of maladies’ with QuitPuff

(August 5, 2022) A hospital visit for her project Compassionate Clowns changed Nikhiya Shamsher’s life forever. She was just 14 when she saw a man whose half jaw was removed due to oral cancer. Upon inquiring about him, the nurse affirmed that he was one of the few lucky ones to survive. Unable to get the ghastly image out of her head, she began researching on oral subject and found staggering statistics. Five people die every hour because of oral cancer, and India itself accounts for almost one-third of the cases in the world. It’s the late diagnosis that accounts for high mortality rate, and this led the 19-year-old innovator to do some deep thinking.

Perturbed by the condition of the patients, she asked the difficult questions – why oral cancer was mostly detected in a late stage? Many sleepless nights and some research later, she found her eureka moment in QuitPuff. Then in Class 9, she wanted to help, and came up with the prototype of a diagnostic device that could help early risk detection of oral pre-cancer and cancer. Explaining the process of its functioning, the innovator told Forbes India, “It is a simple principle, it detects a biomarker present in the saliva, and changes colour. The more the biomarker, the darker the colour will be, which means the higher the risk of developing oral cancer.” The device contains QuitPuff reagent which changes colour after an individual spits in it and heats it for 15 minutes. One can compare the colour to the colour chart to understand the risk stage. 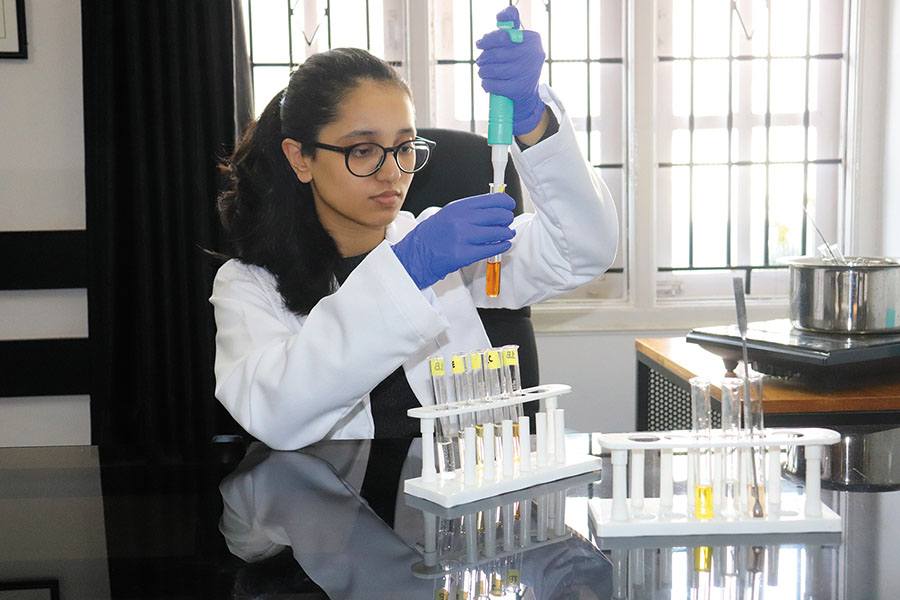 Priced at ₹38, QuitPuff has already been tested on more than 500 patients. Being easy on pocket and hassle-free storage, “QuitPuff is useful as a mass screening tool not only for routine clinics, but also for rural areas and remote locations with limited laboratory facilities or minimally trained health workers,” mentions the QuitPuff website.

Her research paper found a place in Harvard University Journal of Emerging Investigators, and later the innovation won her the Gandhian Young Technological Awards with a government grant through the Society for Research and Initiatives for Sustainable Technologies and Institutions. Nikhiya, who is pursuing a degree in bioengineering from Stanford University, reveals that QuitPuff doesn’t diagnose oral cancer instead tells one the risk at which they are of developing the cancer.

While her innovation has found appreciation from all quarters, she had to face a lot of skepticism and rejection initially, owing to her age. “When I wanted to get tests done with patients, I went to a bunch of hospitals for permission, but faced a lot of rejections since most of them didn’t believe in my project because I was very ‘young’. Eventually, I managed to do the project at Victoria Hospital in Bengaluru,” the innovator told Forbes. With the clinical trials on, the Global Indian is hopeful that QuitPuff will reach the people in a couple of years.

However, Nikhiya’s heart lies not just in innovation. The Diana Legacy awardee is also the founder of Women Have the Same Set of Teeth as Men, an NGO she started at age 12 to give equal access to education. It all began when her school bag was given as a hand-me-down to her housekeeper’s daughter, who sent her a thank-you note in return. That’s when she realised that the girl didn’t own a bag until then and used to carry her books in a plastic bag. This prompted her to start an initiative – Bags, Books and Blessings, wherein she asked for usable books, well-kept bags, geometry boxes, water bottles and uniforms, and distributed it among underprivileged students. Till now, the innovator has helped more than 11000 students from 30 schools with school supplies. 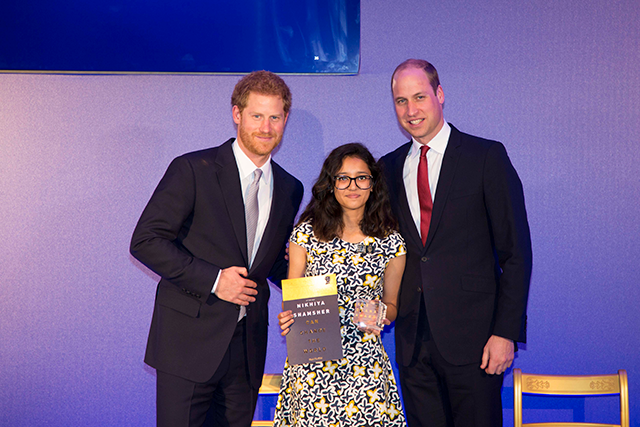 A year later, she founded Yearn to Learn that opens and maintains STEM labs in underfunded schools in India. The idea came after she stumbled upon some shocking data that in underfunded schools, entire classroom of 50 students were using a single textbook and most walked barefoot to school. “Senior students hadn’t conducted a single experiment during their entire school year and learnt them through books. They often fared badly in exams. Low grades affected their self-confidence and they dropped out of schools to pursue menial tasks,” she told Deccan Chronicle.

This stirred up something inside her, and with the help of her parents and a few volunteers, she set up 15 labs which helped 3500 kids benefit as their grades improved by 30 percent. Till now, she has opened 120 labs in 30 schools, helping impact 15,000 students. “The world’s population is seven billion. Some people see that as a burden, I see a huge opportunity. If we can get even 10 percent more students in technological fields, we can solve a lot that plagues us today – climate change, scarce resources and conflicts. It is simply a statistical advantage. Someday a student from one of my Yearn to Learn Labs will become the next Edison or Einstein and that would make me very proud,” added the innovator.