Global Indianstory Anang Tadar: Giving a ray of hope to the visually-impaired with his device

Anang Tadar: Giving a ray of hope to the visually-impaired with his device

(September 9, 2022) A chance encounter with a blind woman on his way to a nearby town made Arunachal Pradesh native Anang Tadar ruminate over the difficulties faced by visually-impaired people. Seeing her ask for directions made him question the daily struggles of people like her, leading the young innovator to come up with a plan to bring about a change in their lives. And the innovator managed to do that with Goggle for Blind – a smart goggle that’s capable of detecting the obstacles lying in front of the wearer. Such has been the impact that UNICEF has expressed interest in refining the prototype to make it market ready.

The 25-year-old from Nirjuli village of Papum Pare in Arunachal realised cane sticks aren’t the solution for the visually impaired, and that the problem goes beyond the obvious. Talking to Socio Story, he said, “In our day-to-day life we come across many obstacles and obstructions. Obstacles like electric poles, signboards, parked vehicles etc. which we do not have a problem overcoming as a normal person. But for the blind people, the very same obstacle is a significant problem. The simplest way to overcome these obstacles and avoid bumping into them is by using a cane stick. However, the cane sticks can only be used for detecting the obstacle lying below our knee. In most cases they fail to detect the overhang obstacles.” 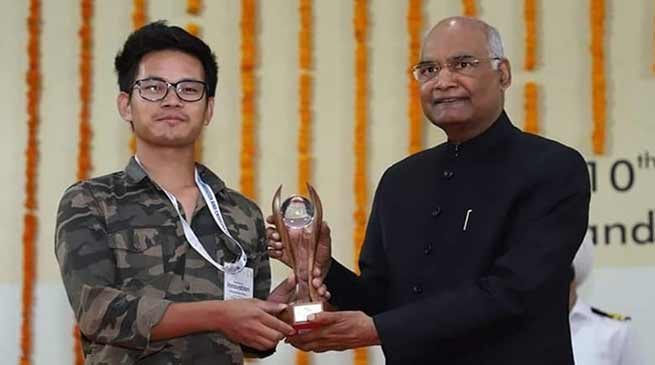 It struck Anang that he has to look for a substitute that delves deeper into the solution. He began researching and came across the principle of ‘echolocation’ which is used by bats – ultrasonic frequency waves are emitted from their mouth or the nose which get deflected the moment it senses an obstacle, and the bat hears the echo. Using the same principle for Goggle for Blind, the innovator replicated it for the prototype where the wearer is alerted in advance if there is an obstacle in front of them, and helps them easily navigate the environment without the worry of bumping into things. 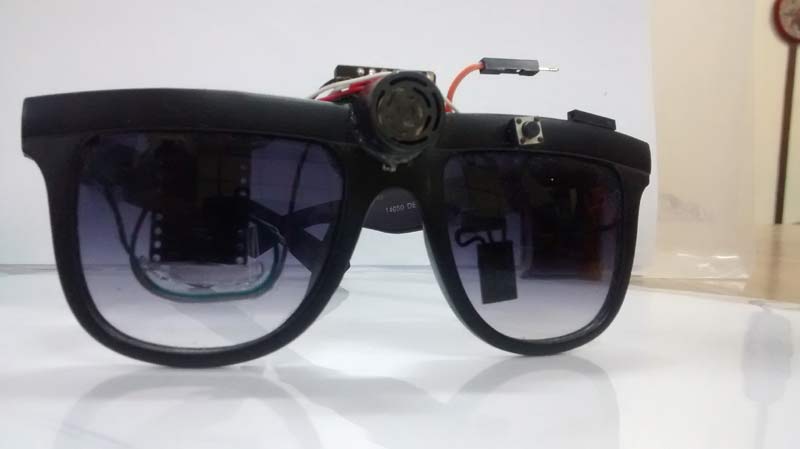 So how exactly does it work? The goggle uses two ultrasound sensors on each of the lenses and an infrared sensor in the centre, which helps in identifying any obstacle within a distance of two metres. Coming from a humble background, the Global Indian used his pocket money initially to develop Goggle for Blind (G4B) and exhibited his prototype at various science fairs. It was at one of the events of Innovation Festival that National Innovation Foundation noticed his prototype, and helped him further develop it, refine it and even test it. The 2017 innovation won him National Grassroots Innovation Award and Traditional Knowledge Award 2019.

Anang, who is currently pursuing civil engineering from Dr CV Raman University, hails from a family of farmers in Arunachal Pradesh. As a youngster growing up in the village, he was always intrigued by technology and would disassemble every piece of a machine he could get his hands on. “Curiosity taught me everything I know now. I began to delve deeper into the realm of technology. By eighth grade, I had a good understanding of basic electronics. By the time I finished high school, I was interested in learning more about microcontrollers. Curiosity led me to discover my true calling,” the innovator told Successful Indian.

It was in 2016 that the innovator met the blind woman who inspired him to develop G4B. He is keen to reach out to as many visually impaired people with G4B and make a positive impact in their lives. “My objective is to assist visually impaired persons in leading comfortable lifestyles. I questioned volunteers in one of my studies if they’ve ever bumped into things or people. He explained that this is something that happens to them on a daily basis, and that they are occasionally injured. Every blind person should be able to use glasses, in my opinion. Once completed, I want the goggles to be inexpensive and accessible to everyone who needs or wishes to use them,” added the boy who took a year to build a prototype that could be tested.

But building the prototype wasn’t easy for this Arunachal native as “finance” and “support” were the key factors that proved to be a hindrance. Moreover, the knowledge gap and lack of professional understanding played a spoiler for him. But his determination and interest in technology helped him forge ahead. Despite the struggles, Dr APJ Abdul Kalam IGNITE awardee believes that passion takes one places. “Do what you love and follow your heart because where your heart is, there your treasure shall be.”