(September 20, 2022) “Who do you want to be when you grow up?” Whenever Vaishnavi Jaiswal was asked the question growing up, she would say, “An astronaut like Kalpana Chawla.” By the time she reached high school, her answer had changed. She discovered a passion for coding. She soon realised, however, that whether it was astronomy or coding, not many girls aspire to enter STEM fields. The glaring gender gap in STEM aspirants led the 16-year-old to found Salubrious, an initiative to promote gender equality. “Content and resources  in the field are very gender biased,” she tells Global Indian. In 2022, she won the Diana Award for having impacted more than 55,000 students from 45 countries through workshops and events, supported by over 100 volunteers. 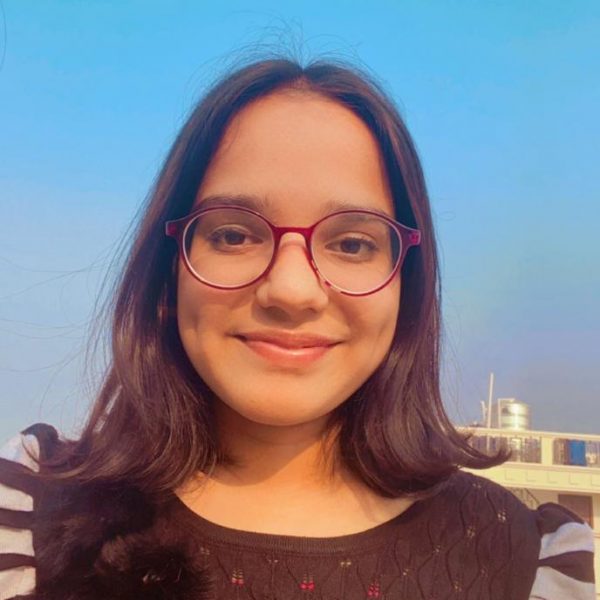 “Even though tech is so accessible, there is a lack of women who opt for the field, possibly because STEM subjects seem intimidating,” Vaishnavi says. This resonated with her – Vaishnavi had also lacked role models who could be approached for guidance. She too had been skeptical about making STEM her future field of study.

“It was like a very personal problem for me. I was determined to do something about it, even though I was very young and didn’t know how to go about starting or running a non-profit.”

Vaishnavi soon found that there are plenty of women in tech making an impact, whose efforts are not always acknowledged. She began conducting interviews and writing about them on her blog.

“That’s how Salubrious initially started – as a blog, and it soon grew into a non-profit organisation with the launching of workshops on ‘STEM for change’,” she explains. “Now we have expanded our mission to not just promote STEM education for girls but also to teach them financial literacy, sponsor their education and provide skill development and entrepreneurship guidance. We also make them aware of government schemes that could benefit them.” Her organisation conducts a mix of online and offline activities.

Rising above the odds

‘Nothing came easy’ for the teen, the biggest barrier being her age. Born and raised in Gorakhpur, she had to function within a society that simply wasn’t as open-minded as a metropolitan city. However, after initial hiccups, Vaishnavi was able to establish confidence in her purpose and associate her cause with NGOs and schools that helped her movement grow.

Equality is for everyone

Salubrious’ volunteers from different countries identify under-resourced schools in their own localities, organise ‘STEM for change’ workshops that follow a specially-crafted curriculum and monitor progress. Children are taught the importance of learning science in an application-based manner, to help them understand that STEM is useful to our lives in countless ways. The team has also organised a LeadHERship Summit which saw participation from youngsters from various countries. It conducts Tech Connect every three months, which is a work shop and panel discussion surrounding computer science and technology. 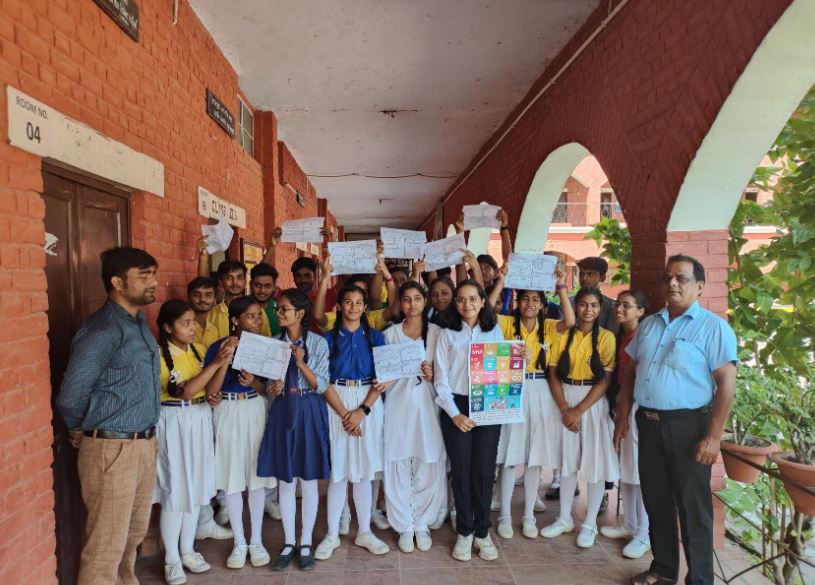 Vaishnavi after a ‘STEM for Change’ workshop

“Our major focus is girls but we are inclusive in nature. So, the workshops are for all genders and are conducted by male volunteers also. If we are standing for gender equality, everyone should be made part of the movement,” tells Vaishnavi.

Vaishnavi’s initiatives are inspirational in more ways than one. The youngest of four siblings, she is grateful to her parents who have ensured good education for all their kids even though they didn’t have it themselves. Her father dropped out in middle school, while her mother graduated class 10.

The youngster works relentlessly to make a difference in the lives of other girls from humble backgrounds, who lack the resources they need to chase their aspirations. After she won $1000 as Girl Up’s Project Award from United Nations Foundation, and crowd funding from local shopkeepers, she equipped a school with five computers and a science lab.

The 12th grade student of Gorakhpur Public School, intends to study computer science, environment ethics and economics in college. She received $1500 after winning 2022 Zonta International Young Women in Public Affairs Award for funding her education of 11th and 12th grade. Apart from addressing gender gap in STEM, Vaishnavi has been working to spread awareness about menstrual hygiene in underprivileged communities through her ‘period power’ project. She aspires to become a social-tech entrepreneur to introduce game changing solutions for society’s benefit.

Vaishnavi will soon be participating at the UN General Assembly 77 Science Summit,  a hybrid event taking place in the US. The changemaker has been named a Global Teen Leader in 2022 and received the Young Achiever’s Award in 2021.