Rishabh Seen – The pioneer of sitar-metal

(January 22, 2023) In 2007, the year Rishabh Seen first heard the Foo Fighters and t their frontman, Dave Grohl, he knew his life had changed forever. “It was one of those moments where you just know that you’re experiencing something that will change you,” he said in an interview later. Until that point, Rishabh Seen, who belonged to an illustrious family of Hindustani musicians, had devoted himself to the classical tradition on the sitar. 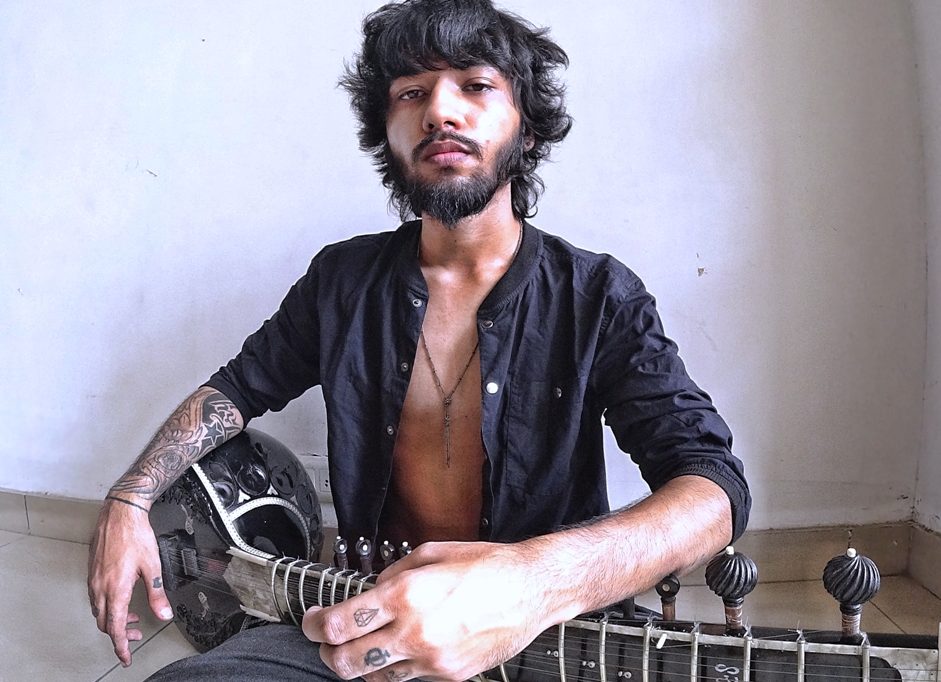 Rishabh’s childhood in Jalandhar was spent immersed in music. His grandfather, Ustad Lachhman Singh Seen, is an acclaimed tabla maestro and music scholar, with his works preserved in the national archives. Rishabh’s father, Manu Kumar Seen, is an accomplished sitarist. Growing up in this environment, Rishabh began vocal training at the age of six and his sitar practice started four years later. Despite the family’s deep devotion to classical traditions, his father helped him understand the world of possibilities the sitar afforded him.

Still, his knowledge of what lay outside classical music remained limited and Dave Grohl came as an inspiration. “It changed my entire vision about life and music in general,” Rishabh said. “I discovered that progressive metal was based on instrument-driven songs and that is the point where Indian classical and metal meet.” His enthusiasm compounded when he realised there wasn’t anybody out there who seemed to have had the idea of sitar-metal, or even a band led by any instrument other than a guitar, keyboard or drums.

Dave Grohl and a journey of discovery

Rishabh’s own journey of discovery continued, and he went from the Foo Fighters to Slipknot and Nirvana. “It was around 2011, when I just played a metal song on the speakers. My dad, wondering what on earth was happening, came by to check on me. What was surprising was that he really enjoyed what he was listening to,” he said in an interview. Technically speaking, too, the two forms of music are very different. Hindustani classical music involves playing one scale or raaga in a 45-minute concert. With metal, a single song can contain several scales.

At first, the young Global Indian’s efforts were not well received. Metal was seen as dark and hairy, while the sitar receives reverence. His fortunes turned in 2015 when he released his first cover of Animals As Leaders’ ‘Tempting Time’. In no time, the song garnered lakhs of views. That was also the year he founded his band, Mute The Saint. They produced covers of artists like Animals as Leaders, Steven Wilson and Meshuggah and were a success. While the two genres might stand as polar opposites, to the trained and untrained year alike, Rishabh saw only common ground, a similarity “in terms of evoking an inner revolution and spreading peace.”

In 2016, Mute the Saint released a self-titled album and two years later, the second, which contained a bunch of covers of Coldplay and Foo Fighters. Rishabh has performed with singer Arijit Singh and solo headlines sitar metal shows.