(June 5. 2022) A minor league baseball game in Sacramento, featuring the home team, the Sacramento River Cats, became the somewhat unlikely setting for history to be made. But made it was, when 16-year old Neil Nayyar opened the game playing the national anthem – The Star-Spangled Banner, as is customary, except he did so on a sitar. In 2021, the Indian-origin prodigy performed Jana Gana Mana on 18 world instruments. The Indian-American musician, who can play more than 107 instruments, talks to Global Indian about his journey, which began at the age of five, when he first began playing the drums. “I wasn’t satisfied then so I learnt more. I’m still not satisfied,” laughs the teen from Elk Grove in California. 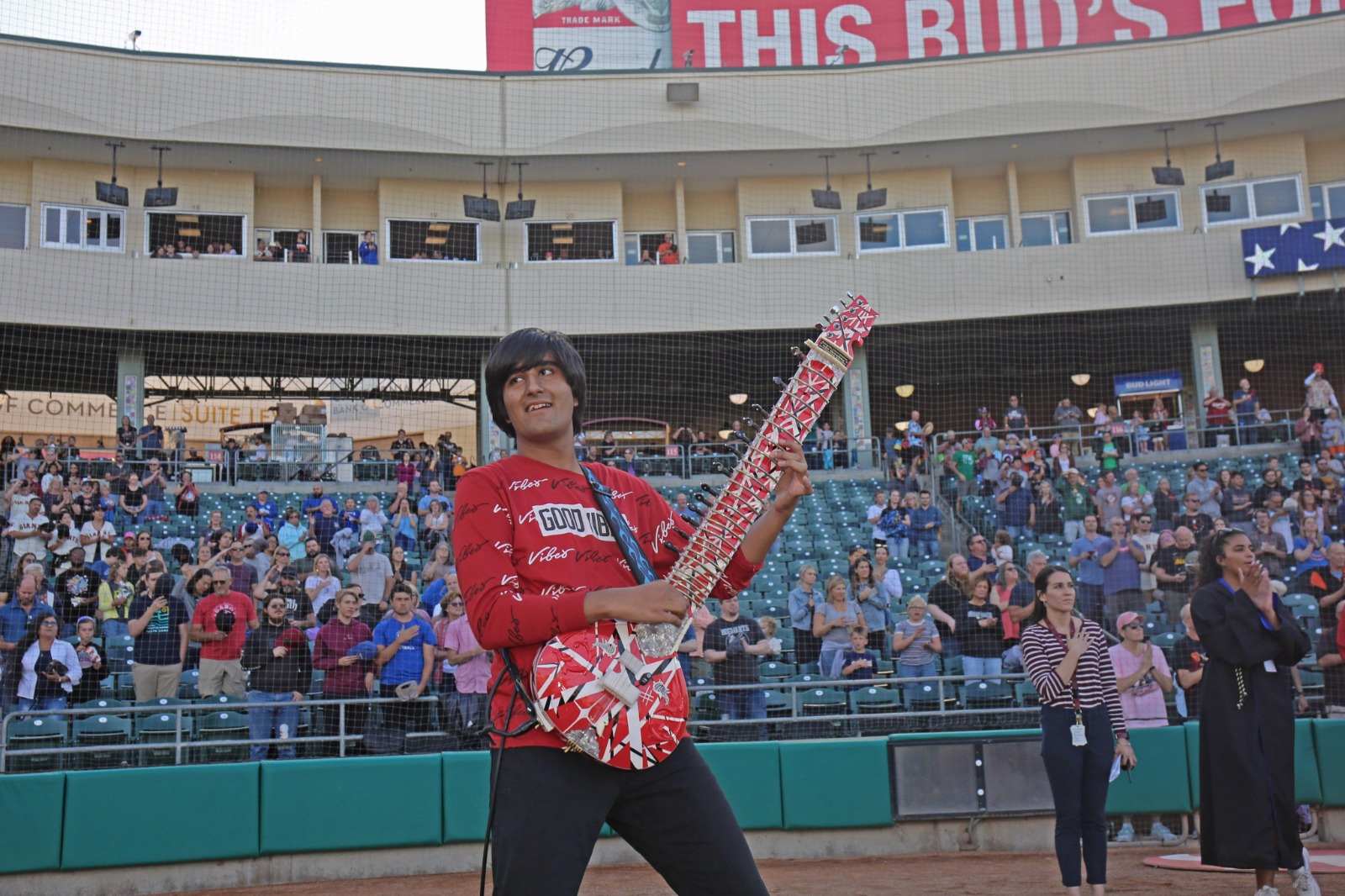 From the Indian tabla and santoor, to Vietnamese Dan Bau and Indonesian Susando – Neil can play even the most difficult instruments with ease and grace. Interestingly, the 16-year-old has earned not one but two world records. “Through these instruments I have learnt so much about various cultures across the world. I would like to continue learning more.”

The only son of a couple who migrated to California from Punjab – Rajan Nayyar, an IT professional and Sukhbinder Kaur, a registered nurse – Neil believes that he was born to be a musician. “My father had read somewhere that if you play Mozart to an unborn child, he or she will grow up to be a musician. So, when my mother was pregnant, he tried that. Frankly till I was about five years old, I wasn’t so interested in music. However, my mother enrolled me in a music class, where I learned how to play drums and wowed everyone,” shares the 16-year-old. Neil quickly moved on from the drums to mastering both the piano and the guitar. Soon after this accomplishment, the young musician was then inspired by a story about a gentleman who was deemed a “multi-instrumentalist” because of his ability to play twenty-three instruments. 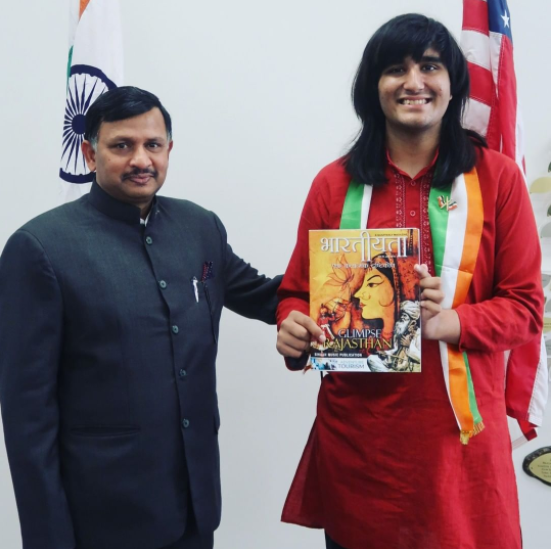 The high school kid has music teachers spanning different parts of the world; China, India, Italy among other places where he learns through Skype. His parents have constantly supported their only child’s hunger for music. Investing in his increasing list of instruments must have been tough but they persevered. And their son has sure made them proud. The Indian musician broke his first world record when he was 12, surpassing the 27-year-old record holder and setting his own by playing 44 instruments on his own. The second world record was accomplished when he played 107 instruments at the age of 13.

After realising that music gives meaning to his life, Neil started dedicating more time to his instruments – rehearsing for about eight to nine hours every day. A symbol of uncompromising passion and persistence, Neil has not only performed at various prestigious stages in US, but has also won several awards.

“Mine was not an overnight success, I have worked very hard for this. I keep trying new things and bettering what I have already learned. Apart from the school, I have voluntarily performed for events including the United Nations Association of Sacramento Chapter for many years. Last year, the Mayor of Elk Grove, Bobby Singh-Allen bestowed me with the title of City of Elk Grove Arts, Culture and Heritage Volunteer of the Year,” shares the young musician, who was recently selected to be a part of the prestigious GRAMMY camp – a five-day nonresidential summer music industry program for high school students considering a career in music – for audio engineering.

Neil is currently working on his first album, which will be unique in many ways. “One of the songs will feature all the 107 instruments I can play and will be about 10 minutes long,” he explains about the album, for which he is collaborating with Prasanna, Carnatic fusion guitarist, who is also guitarist for A R Rahman. Neil also gave his cello music for a short film, Lollipop. 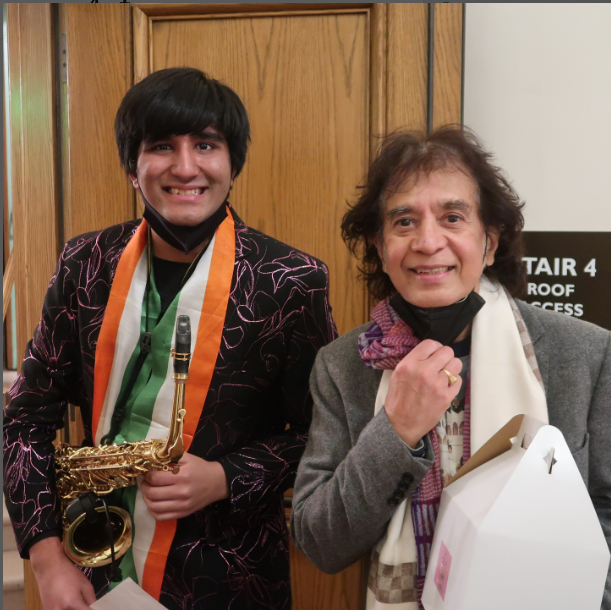 But that is not all, the teenager was recently a part of two Honda car commercials, alongside his mom. The young prodigy also gave music for the commercial. “Recently, I also acted in a short film for Epoch Education, which is about how people behave with Sikh employees at workplace,” shares the musician, who was recently interviewed by Mark Allen at his home.

More than just a musician 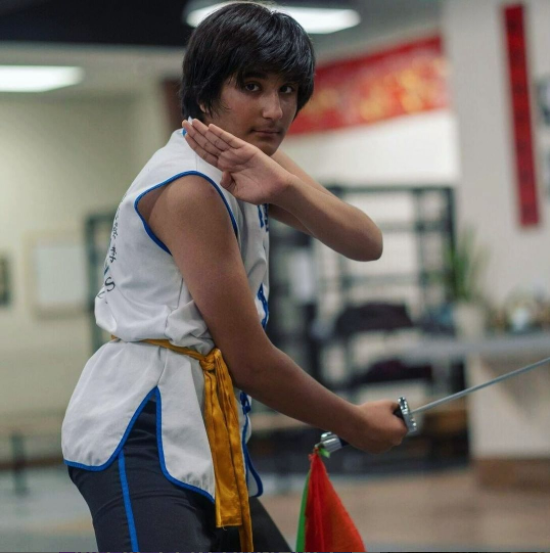 Neil also has a black belt in Kung fu

If you are thinking what more can this 16-year-old do, you are in for a surprise. Neil is also a gifted painter and skilled martial art expert. “I really like spending time with colours, and have done more than 100 watercolor and oil paintings. Apart from that, I also enjoy gymnastics and various martial arts – I earned a black belt in Kung fu, in 2018,” shares the musician, who is also working on releasing a music book with his album, which will have the description and illustrations of all the 107 musical instruments he plays.

Into the wild with India’s conservationists