(November 26, 2022) When Mangka Mayanglambam, the world-famous Manipuri folk singer, formally started learning music as a nine-year-old, her guru was her grandmother, Oja Langathel Thoinu. Despite the family ties, the budding singer was given no extra privileges as a student, learning in a strict, guru-shishya atmosphere, just like her fellow pupils.

Now the face of Manipuri folk music, Mangka has represented India on multiple platforms globally. With the international ongoing collaborative project ZIRO Focus (2020-2023), supported by British Council and Art Council of Wales, the folk singer has collaborated with Eadyth, an artist from Wales, England. They have created an NFT song RaRaReHei. 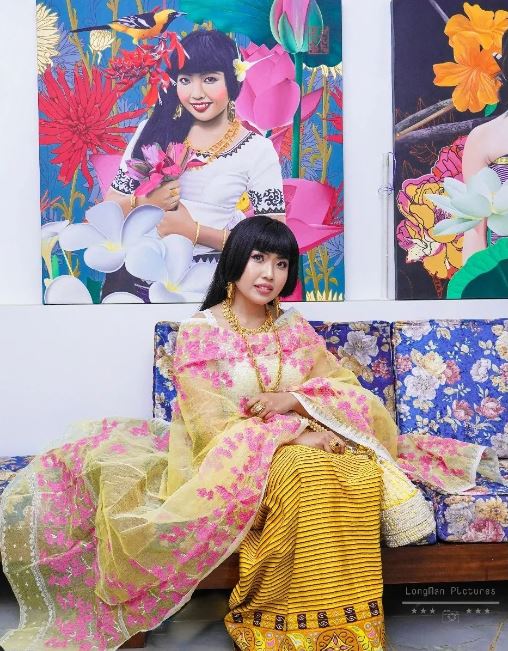 The collaboration is part of ‘India-Wales, Connections through Culture’, a celebration of the long-standing relationship between the two countries on the occasion of India’s 75th Independence Day. Apart from creating the NFT, Mangka travelled to Britain as part of the bilateral cultural exchange to perform in some of the cities there.

“The first time I represented India internationally was back in 2014 — I was selected to be at one of the world’s biggest radio festivals in Colombo. That is an experience I will forever cherish,” she said.

Music in her blood

Born into a family of musicians, Mangka’s environment was full of music from the time she was born. Her father, Mangangsana, who is her biggest inspiration, is a renowned folk musician, a national award winner and a versatile artiste. Mangka was deeply influenced by music from the time she was a little girl, thanks to her grandma, who was her first teacher, her father, who trained her later and the artistes who would come home to learn and practice. 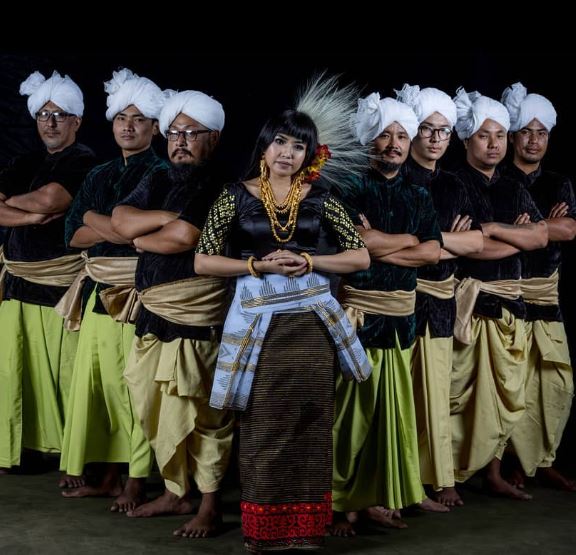 “I was not pushed into taking up music by my family, I chose it,” she said. “I urged my father to help me take my passion further by constantly trying to prove that I had potential,” she says, adding, “For this I participated in all the school and neighbourhood functions, without letting go of any chance to perform and impress my father.” Looking back, she is grateful to her father and grandma, for never having favoured or discriminated between her and their other students.

Manga completed her masters in sociology in 2020 and has been associated as a researcher with ‘Laihui Ensemble’, the centre for research on traditional and indigenous performing arts in Imphal. Her father has been the composer, and artistic director of the national and international programmes organised by the centre. 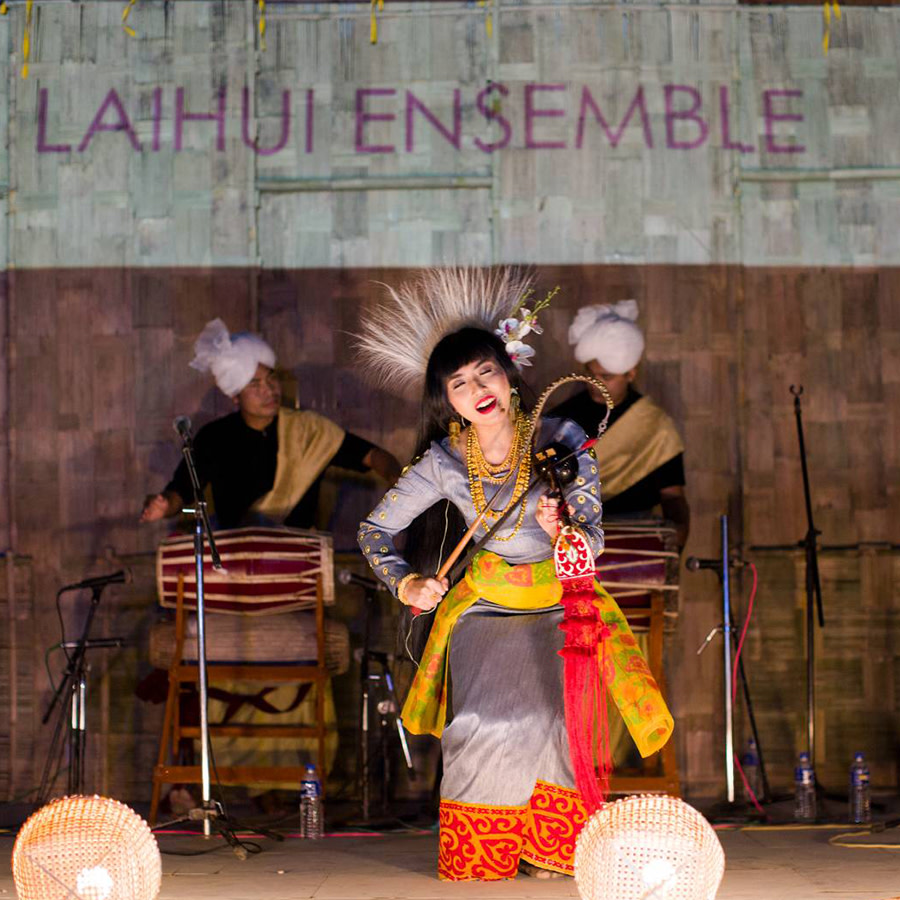 Since she was a kid, the folk artist has been singing the traditional songs that the family’s ancestors once sang. “I have grown up singing ‘Moirang Sai’ and ‘Pena Ishei’, which are ballads central to Manipuri folklore,” she revealed. The young artist also sings contemporary songs based on Manipur’s folk tunes that are composed and written by her father and other renowned lyricists.

The artist is a befitting example of Indian youth who are choosing folk music to express themselves and keeping their culture alive. The youth icon has always worked towards putting Manipuri folk music at the international map. “Folk music is a bridge between the past and the present and that’s why it’s so significant,” she said.

Mangka is the only female Pena (a Manipuri traditional fiddle instrument) player. She started learning how to play it from Padmashree Khangembam Mangi, when she was 13. “I also learned Hindustani Sangeet from Visharad Guru M. Jiten.” Another guru of hers, Langathel Thoinu helped her hone skills in Basok and Moirang Sai (a rare traditional female performing art), beginning her training before she hit her teens.

She learned Khongjom Parvah, a 130-year-old Manipuri ballad singing tradition from guru Khumantham Sundari. The ace performer has also learned Manipuri dance for years, earning the visharad (graduation degree) and has been a student of mime. All this extensive training makes her a riveting performer.

Today the icon for the entire state of Manipur is an inspiration for children of the state who turn up to her for learning music. She has more than 300 students. Teaching is her way to preserve the folk art and counter the threat of it getting extinct by making the next generation equipped to take it further. “Being around children is something that I love a lot,” she says. It’s not just her music but the way she carries herself is something that adds to her huge fan base of youngsters who fondly call her the Princess of Manipuri Folk Music. 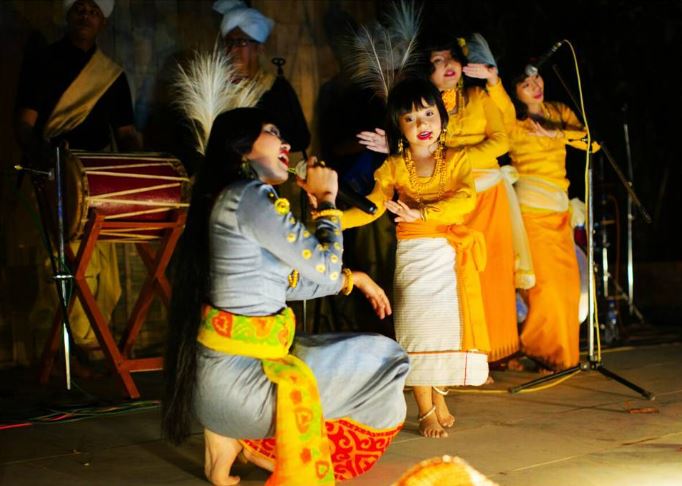 The young artist loves wearing traditional attire with the strong notion that in this time of modernisation, sticking to the roots is something that has added to her personality’s ‘unique brand quotient’. The singer has conducted many seminars, conferences and workshops. When she is abroad, she makes it a point to hold folk art sessions for children of Manipuri diaspora there.

She has also written a book of songs, ‘Langathel Thoinu’s Moirang Sai, Thoibi Loi Kaba.’ “It’s a gift for my guru ‘Langathel Thoinu’ and I would like to have an English translation for it,” she said. “I enjoy what I do and that is why it’s not hard for me to do so many things at the same time” she adds.

Of notes and highs: Tiara Abraham is mesmerising the world with her beautiful voice

Vibing to his own tune: Rishaad Chaudhry has many musical gems in his bag