(October 1, 2022) On September 29, 2022, Garuda Aerospace received its DGCA approval as a remote pilot training organisation. It will enable the startup to train some 1 lakh drone pilots across 755 districts, a target it aims to meet by the end of 2025. It’s a huge leap forward, both in terms of technology and regulation. Founded by serial social entrepreneur and Global Indian Agnishwar Jayaprakash (Agni Foundation), who went from swimming to champ to entrepreneurship and studying in Harvard Business School, the startup received funding from MS Dhoni in June 2022.
Back in 2014, Francesco’s Pizzerias in Mumbai created quite the stir when it used an unmanned drone to deliver pizzas. Unfortunately, it also ruffled the feathers of the Mumbai police, who called it a security risk. The Indian government has been quick to catch on to the many uses of drones, from defense surveillance to mapping rural landholdings. The forest department also uses them to keep an eye out of poachers. By 2030, India’s drone industry is all set to hit a market-size of $23 billion and capture 25 percent of the global drone market, according to journalist Shereen Bhan on Young Turks.
With the government going full throttle on easing regulations, Garuda Aerospace, founded by serial social entrepreneur Agni Jayaprakash is the 31st RPTO to get the government nod since the regulations were eased on August 26 this year. Two months earlier, it burst into the limelight when cricketer M.S. Dhoni invested an undisclosed sum in the startup and became its brand investor. “I’m happy to be a part of Garuda Aerospace and look forward to witness their growth story,” Dhoni said at the time.
As for the young entrepreneur himself, he was over the moon about it. Growing up, Agnishwar was an award-winning swimmer, his eyes set on the Olympics. At 14, he became the youngest Indian to represent his country at the World Championships in Indianapolis in 2004. At 22, he brought home medals in six categories at the world Short Swimming Course Championship in Istanbul, becoming the youngest Indian to achieve the feat. By this time, he had stepped fully into his entrepreneurship role.
Inspired by former president APJ Abdul Kalam, Agnishwar founded Ignite-India, a nationwide platform to promote innovation and entrepreneurship in schools and colleges. The platform reached out to over 7000 schools and was recognised by the United Nations. “I started swimming at the age of three and it became a passion because I was getting really good at it,” he said, in an interview at Harvard Business School. “It was good, it let me travel the world, have many new experiences and meet new people. But it was very individualistic. All I thought about was what I could do for myself. Now, as an entrepreneur, the work I do impacts thousands of young people in India and South East Asia. It’s been a very satisfying transition.” 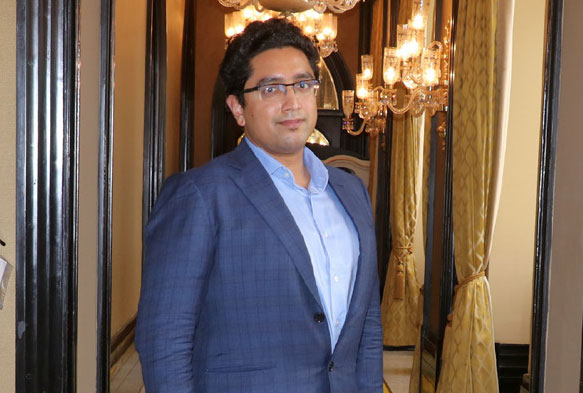 In 2019, he became Vice Chairman at Agni College of Technology in Chennai. “I wanted to leave a mark on the education system,” he told Guindy Times in 2020. “Our system has become rudimentary because our kids are just expected to reproduce content after absorbing it in class. We test our kids only on one aspect of intelligence. You score good marks but you’re not really learning.” Agnishwar stepped in with the intention to bring innovative and entrepreneurial learning into the education system. Their acceleration programme funds startups and works with the government to inspire children and students as well.
Seven years after its founding, Garuda Aerospace has “scaled to a 200-member team having the largest drone fleet in India with over 300 drones and 500 pilots operating in 26 cities,” Agnishwar said, in an interview with Industrial Automation India. “We have also expanded to Malaysia, Africa and South America.” The team aims to spearhead what Agnishwar calls a “Drone Revolution” with a “vision of manufacturing 1 lakh Made in India drones and cement the market dominance on 2 major multi-billion-dollar segments – Precision Agri Tech and Industry 4.0.”

Currently, Garuda Aerospace manufactures around 30 different kinds of drones and offers over 50 types of services across a range of industries. This includes warehouse management and delivery for Flipkart, seed dropping, project monitoring and drone delivery of medicines for hospitals. They are also working with Swiggy which is looking to expand to drone delivery in Bengaluru and Delhi.

Back in 2017, his interviewer at Harvard Business School asked Agnishwar his views on failure. “It’s a cliche but it is a stepping stone,” he said at once. “I learned that as a swimmer. I wanted to be in the Olympics, but I couldn’t make it. With entrepreneurship, it’s always a hit-and-miss. I tell young entrepreneurs not to lose motivation and to remember that ideas can only be sustained with the right modules and strategy. All we see in the media are the success stories but never the failures from which we can truly learn.”