In a country where large dollops of venture capital money chase glitzy consumer tech startups from Ola to Cred, Moglix is an exception. Essentially an industrial goods marketplace, the Ratan Tata and Tiger Global-backed Moglix became India’s first hinterland unicorn earlier this year, shaped by the challenges of doing business and making medical supplies available during the pandemic. The sole founder behind the venture is 42-year-old Rahul Garg who quit his cushy job at Google Asia — where he spent five years as head of AdX India, SEA and Korea — to give wings to his entrepreneurial dreams. Today, Moglix works with more than 500,000 SMEs and 3,000 manufacturing plants across India, Singapore, the UK, and UAE.

According to Garg, B2B manufacturing had not seen any innovation in a long time. Garg stepped in to reimagine the sector with technology. Today, Moglix works with some of the largest manufacturing companies and has become a one-stop solution for their procurement needs. 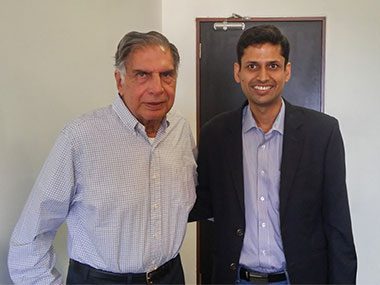 Brought up in Faridabad, Garg graduated in Electrical Engineering from IIT-Kanpur before starting his career with Ittiam Systems in Bengaluru. He also served as Chairperson of the Marketing and AdTech committee at IAB, Singapore. An MBA degree from the prestigious ISB in Hyderabad was followed by a five-year stint with Google Asia. During his tenure here he collaborated with enterprises on advertising and helped build a $2 billion business from scratch. Garg also has 16 technology patents to his name in wireless communication.

By 2015, Garg was set to dive headlong into the startup ecosystem and launch Moglix, a one of its kind manufacturing sector startup. His Faridabad roots gave him a view of the new wave of opportunities for the country’s manufacturing sector and the challenges it faced. Today, Moglix is a go-to platform for industrial supplies with over 40 product categories and serves more than 25,000 pin codes. Nearly 65% of the company’s business comes from tier II and III cities, making it India’s first hinterland unicorn. The company now has offices across cities such as Prayagraj, Kanpur, and Lucknow apart from Chennai and Noida.

Garg’s vision for Moglix was clear. He wanted it to be like Alibaba for the industrial manufacturing space. The company managed to raise seed funding from the likes of Accel Venture Partners and Seed Plus. However, Garg chose to slug it out alone without any co-founders. In an interview with Forbes, Garg said,

“I tried twice before (with co-founders), but those did not take off. So, this time I was firm that I’ll just get started and see what comes along. It was a conscious choice and thankfully I was third-time lucky.”

The e-commerce platform’s success paved the way for Moglix Business and the company now has an enterprise procurement vertical under its umbrella. Moglix Business caters to over 500 large manufacturing companies and offers them a range of procurement optimization solutions. It has also diversified into contract management with products such as iCAT and C-Vantage and these products are being used by large global manufacturing companies to streamline their processes. 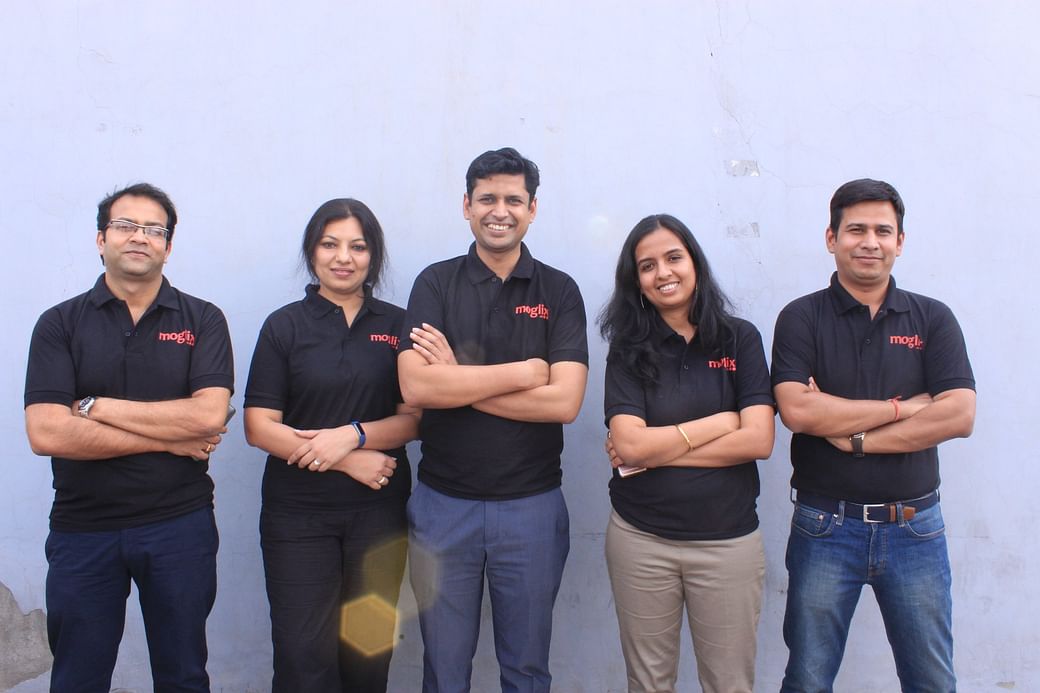 Rahul Garg with his team

Rising to the occasion

As a startup founder, Garg says that it is important to surround oneself with people who believe in your vision and are adaptive to evolving dynamics.  He is quick to make decisions and is constantly training himself to operate in a fast-paced environment. For manufacturing to become a trillion-dollar economy, Garg believes that it is essential to reimagine the sector completely and that is what Moglix set out to do. According to an article in Forbes India, the second wave of the COVID-19 pandemic in India saw the company step in to help meet the rising demand for oxygen at a time when the national capital was gasping.

Garg had himself lost loved ones to the pandemic. He told Forbes,

“When you lose people so young, it is extremely tough. We knew we had to act. I was getting so many calls for oxygen concentrators and beds.”

Moglix helped ramp up the supply of PPE kits and N95 masks across the country during the first wave of the pandemic too. Garg and his team worked with manufacturers of oxygen concentrators and also sent charter flights to China and Germany to procure more concentrators.

Moglix also accelerated its expansion in the UK to supply PPE to enterprises in the UK as they looked to create safe workplaces. Over the last few months, Moglix has supplied PPEs in more than 20 countries across the globe, with 5 million of them being delivered to over 230 cities in India alone.

As a leader, Garg encourages his employees to tap into their passion to discover better and more innovative versions of themselves. He believes a leader is one who prioritizes his team and empowers others to flourish and unlock their potential.