When Milkha Singh participated in the 1960 Rome Olympics, he missed bagging a medal by a whisker. The regret stayed with him for the rest of his life. The ace sprinter hoped that one day an Indian would bring home an Olympics medal. While we may not yet have cracked the track and field games yet, India has managed to bring home 26 medals so far – 9 gold, 6 silver, and 11 bronze. The country now has its hopes pinned on the new set of athletes set to compete at the upcoming Tokyo Olympics.

This International Olympic Day (June 23, 2021), Global Indian revisits the journeys of some of India’s Olympic medalists. 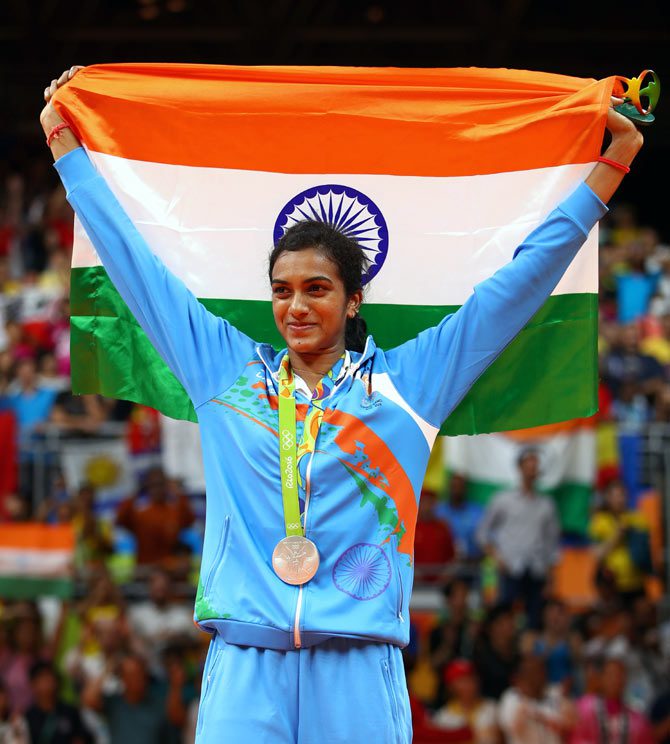 PV Sindhu has many firsts and records to her credit. The most prominent of course would be her silver medal at the 2016 Olympics. When she qualified for the finals at the event, she became the first Indian badminton player to do so. Then there’s the fact that she is the first Indian to become the Badminton World Champion. Sindhu went on to win several medals and is currently ranked at number 7 in the world in the women’s singles category. This year, she is the only Indian women’s singles player to have qualified for the Tokyo Olympics, where she hopes to bag the gold. To gear up, she is religiously putting in five to six hours of practice with her coach Park Tae Sang.

Sindhu’s love for badminton began when she was 8. Though both her parents, PV Ramana and P Vijaya, are volleyball players, for Sindhu it was badminton that always held the charm. She began training with Mehboob Ali at the badminton courts of the Indian Railway Institute of Signal Engineering and Telecommunications in Secunderabad, before joining the Gopichand Badminton Academy run by Pullela Gopichand, her childhood idol. Despite living 56 kilometers away from the Academy, Sindhu always made it a point to report on time for practice. Her wins in the international arena have catapulted her to the top 10 in the world and she has also been awarded the Rajiv Gandhi Khel Ratna as well as the Padma Shri. In January 2020, Sindhu was honored with the Padma Bhushan, the third-highest civilian award in India. 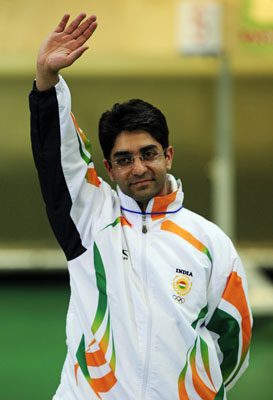 Abhinav Bindra made history when he bagged a gold medal at the 2008 Beijing Olympics in the 10m Air Rifle event. This was India’s first gold medal at the Olympics since 1980 when the men’s hockey team won the laurels. He also won nine medals at the Commonwealth Games and three gold medals at the Asian Games. A child prodigy, Bindra began training at the age of 15 with his first coach Lt Col JS Dhillon. He was the youngest participant at the 2000 Sydney Olympics where he finished 11th. He won the Arjuna Award at the age of 18 and the Rajiv Gandhi Khel Ratna at 19; he also received the Padma Bhushan after his success at the Olympics.

However, his success story is not the typical one of an athlete battling poverty and all odds before attaining glory. This is also perhaps why; detractors doubted his sincerity and determination early on. He belongs to an affluent Punjabi family and is the CEO of Abhinav Futuristics, the sole distributor of the Walther brand of rifles and pistols in India. But few know that Bindra has established the Abhinav Bindra Foundation and the Abhinav Bindra Sporting Trust through which he works with schools to promote shooting at the grassroots level through technical and financial assistance. He retired from sports in 2016 and is a member of the IOC Athletes’ Commission. 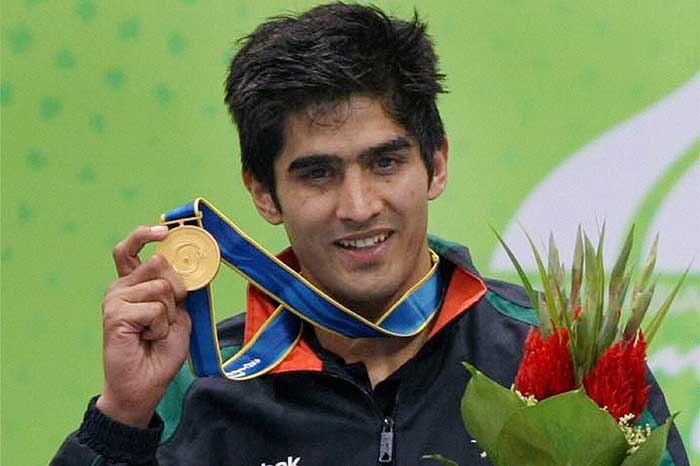 Interestingly, Vijender took up boxing as a means to secure a stable government job. Growing up in a middle class household in Haryana, Vijender always dreamed of a stable job for a secure future. Until, his win at the Olympics turned the tide and catapulted him into the big league. Though he rose through the ranks in the domestic circuit, his performance failed to fetch him the job he’d dreamed of. Which is when he was asked to aim for the Olympics, for that might improve his chances of landing a government job. When he prepared for the 2004 Athens Olympics, it was for the same reason. However, he soon bowed out following an opening-round loss.

Things began to change when the Indian boxing coach GS Sandhu insisted that the athletes watched every bout in their category. This gave Vijender a glimpse of the best in action; more importantly, the medal ceremony spurred him. Back home, he got back into the game with a renewed purpose and gave it his all. The rest as they say is history.

MC Mary Kom became the first and only Indian woman to qualify for the 2012 Summer Olympics where she won a bronze medal in the flyweight category. She has been ranked as the world’s No. 1 female light-flyweight by the International Boxing Association and is the first Indian woman boxer to win gold medals at the 2014 Asian Games as well as at the 2018 Commonwealth Games.

Born into a poor family in Manipur, Mary initially participated in sports such as volleyball, football and athletics while in school. However, she was inspired by the success of Dingko Singh and decided to switch from athletics to boxing in 2000. She initially hid her interest in boxing from her father, who feared that it might spoil her chances of marriage. He finally learnt of it when Mary’s picture appeared in a newspaper after she won the state boxing championship. She had to overcome staunch objection from her family to move to Imphal to pursue a career in boxing where she persuaded a local coach, K Kosana Meitei, to train her. She took a short hiatus after her marriage, during which time she had two children, before returning to the sport and cinching the silver medal at the 2008 Asian Women’s Boxing Championship in India. There has been no looking back ever since.

Watch Mary Kom talk about her win at the 2012 Olympics