(July 24, 2021; 6.15 pm) For a long time now, Indian food has best been described as ugly delicious. High on flavor and with aromas that tickle one’s senses, it was never much of a looker. Or so we believed. That is, until, Indian-origin chefs began to give traditional Indian flavors a makeover: through fine-dining restaurants on the global stage and on our television scenes on shows like the hugely popular MasterChef Australia. The competitive cooking contest that has captured the world’s imagination and consistently churned out some world-class chefs has also put the spotlight on Indian food with its many Indian-origin chefs. These contestants have had their moment in the spotlight over several seasons with their intense flavor-packed innovative dishes that have wowed the judges and audience alike.

In this Global Indian piece, we look at the Indian-origin contestants that have left a lasting impression on the global audience. 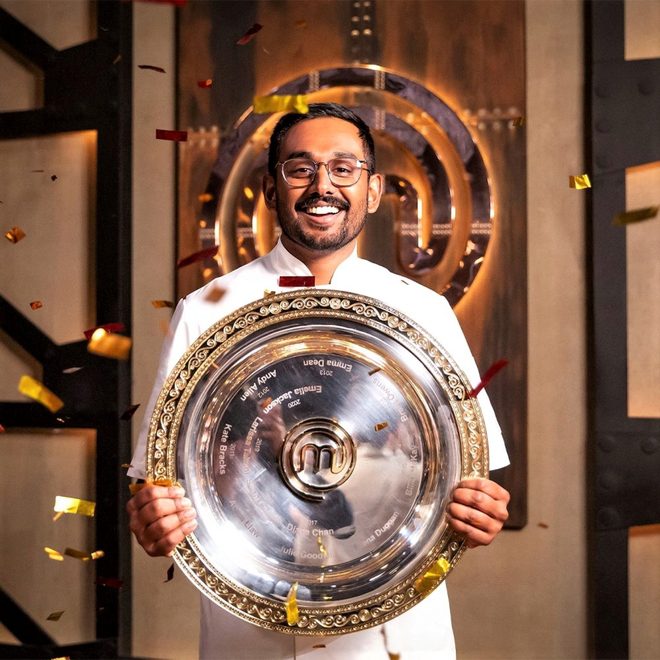 Winner of the latest season of MasterChef Australia, 27-year-old Justin Narayan is the second person of Indian descent to have bagged the coveted title. The Fiji-Indian beat competitors like Kishwer Chowdhury and Pete Campbell with a perfect score with his versatility in whipping up various cuisines. A pastor by profession, Narayan lives in Perth and grew up watching cooking shows.

On the show, he impressed judges with dishes like Indian chicken curry, pickle salad, Indian chicken tacos, charcoal chicken with toum, and flatbread. But not many know that Narayan was on the verge of quitting the show halfway through when his dad’s health took a serious turn. Fortunately, his health improved and Narayan continued on the show.

Having clinched the title, he now plans to open his own restaurant one day and use the profits from his future restaurant to help feed needy children in India. 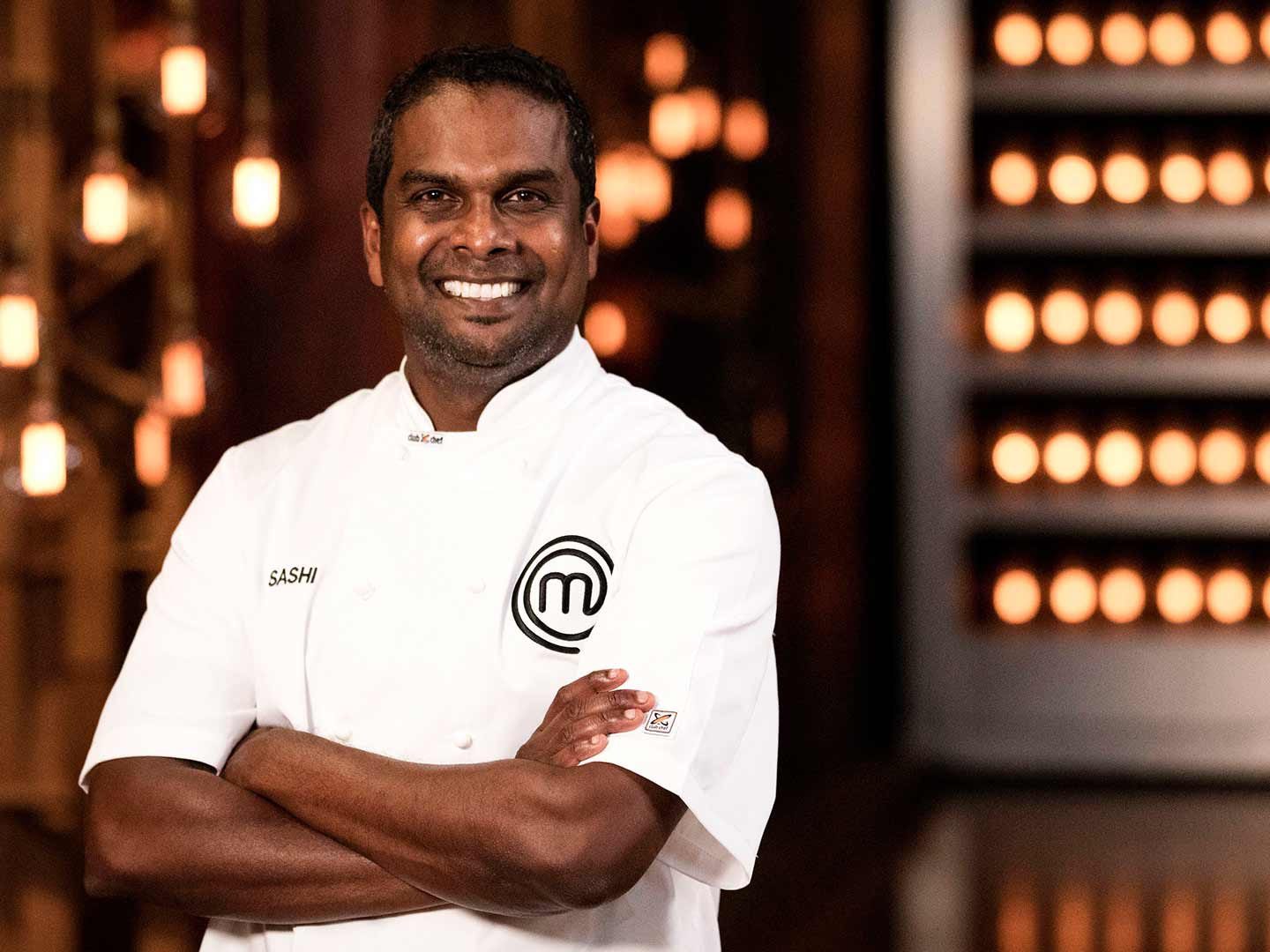 Born and brought up in an Indian family in Singapore, Sashi Cheliah fell in love with cooking as a child when he saw his mum and aunt whipped up delicacy after delicacy in the kitchen. Even when he worked as a cop first in Singapore and then in Australia, the 43-year-old chef always wanted to launch his own restaurant. It was why he participated in MasterChef Australia in the first place. On the show he impressed judges with his impressive Asian and Indian inspired dishes, but it was his Sambal Prawns that won him the MasterChef Australia title in season 10, making him the first Indian-origin person to win the contest.

In November 2019, Sashi fulfilled his dream and opened his restaurant Gaja in Adelaide, where he lives. The restaurant serves Asian-inspired food with a Sashi touch and focuses on sustainability in a big way. 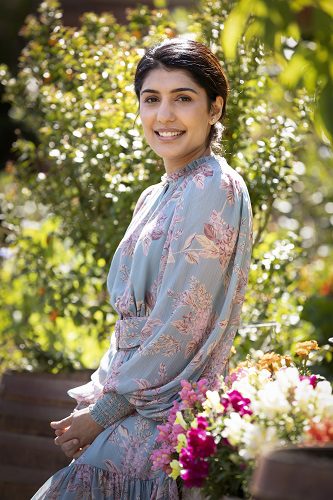 One of the most popular contestants at this season’s MasterChef Australia, Delhi-born Australian Depinder Chhibber elevated simple ghar ka khana to a global stage. A master of most Indian cuisines, Chibber wowed the judges with her chole, kadhai paneer and achaar so much that Melissa Leong asked, “Can we come to your house please?” The 29-year-old pharmacist introduced to the show rich Indian flavors like never before with her okra chips, green curry cake, fried chicken with mango chilli glaze, chicken biryani, ghevar with carrot sherbet and grandma’s pickle. Every dish that she made on the show had an Indian touch, celebrating her roots and identity.

Though she didn’t make it all the way to the end of the show, her flavor-packed dishes hit the spot and made her one of the most popular contestants of the season. 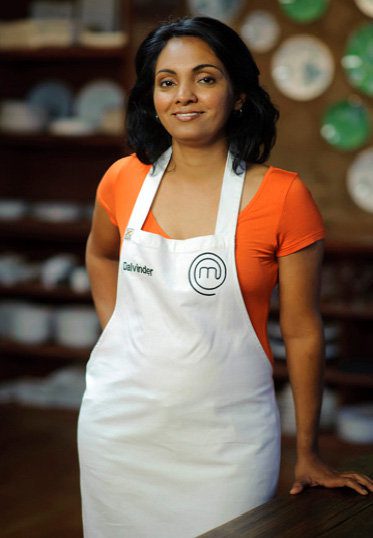 Singapore-born Dalvinder Dhami was 35 when she decided to quit her career as a public servant to chase her culinary dreams and participate in MasterChef Australia. She was the first Indian on the show and created a variety of delicacies that consistently wowed the judges. Some of her most memorable dishes were the pineapple and tomato jam pork served with egg dumplings and Jazadalvs chicken curry. She became rather popular on the show for her intriguing blend of Singaporean cuisine with North Indian tadkas; judge George Calombaris said that the curry she had made was the best he’d ever tasted. After her MasterChef Australia stint, the mom of three has been selling her Indian dishes at Singapore’s local market. 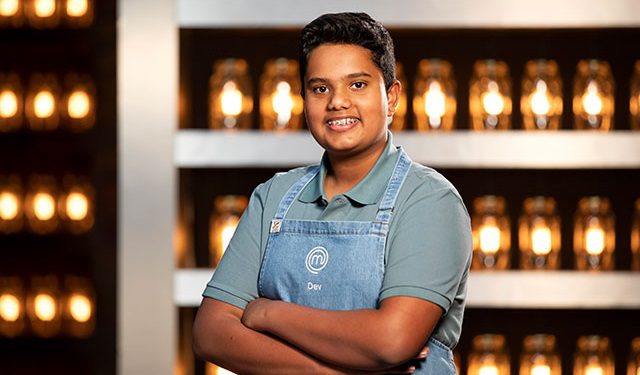 14-year-old Dev Mishra deserves a special mention on this list for the flair with which he presented his Indian heritage on a platter to the judges at Junior MasterChef Australia. He once wowed the judges by cooking five dishes – lamb Mughlai curry, saffron rice, raita, chutney, and smoked chicken kebab – all in 75 minutes. It was his way of showcasing a dish that truly represented him. His love for cooking grew in his family kitchen, and Dev loves making curries. However, the teen is equally comfortable whipping up Italian, Asian, and Mexican dishes as well. He is also heavily inspired by Heston Blumenthal and loves to make technically complex desserts.

While he may not have won the competition, he did make it to the semi-finals and this tennis and guitar player, one day hopes to open his own restaurant that will celebrate authentic flavors.