(July 26, 2021; 6.30 pm) As a medical resident in a Mumbai hospital, Dr Aparna Hegde had been witness to many pervasive systemic problems that often led to disastrous consequences. One incident remains fresh in her mind. It was a long night in the Emergency ward when a 25-year-old woman was brought in with serious childbirth complications. The woman had been diagnosed with gestational diabetes and her baby was too large to be delivered normally, leading to the baby being stuck in the birth canal. Despite the team’s best efforts, they weren’t able to save the mother.

“Her death will forever stay with me. Not only because she died a most horrible death, but also because it was preventable… She had gone for her first antenatal visit but she had not been counseled about the remaining visits, danger signs, and potential complications. If only she had been…” writes Dr Hegde on the ARMMAN website.

It was incidents such as these that made the urogynecologist question the systemic problems present in maternal healthcare which included the lack of access to critical preventive healthcare information and services. She launched ARMMAN in 2008; the NGO helps minimize the preventable morbidity and mortality of mothers and children in India. Dr Hegde also decided to make information more easily accessible to pregnant women through the mMitra project in 2014. Under this project, the NGO calls women with recorded messages twice a week throughout their pregnancy and continues to follow up with them till their babies turn a year old.

When the COVID-19 pandemic hit last year, ARMMAN adapted its extensive technology platform and expertise within a week to launch intervention programs to support pregnant women, children, and health workers. Their pan-India virtual OPD helped over 14,000 women and children with free consultations and over 300,000 women living in urban slums were sent automated weekly calls and messages on COVID-19 related information in the local language. The NGO also sent critical information through calls/text messages to 800,000 health workers, in partnership with the government.

In recognition of her work, Dr Hegde has this year been listed by Fortune as one of the World’s 50 Greatest Leaders; she ranks number 15 and is one of the only two Indians on the list which features achievers who stepped up during the pandemic. The list includes the likes of New Zealand PM Jacinda Arden and activist Malala Yousafzai.

From Mumbai to the US and back 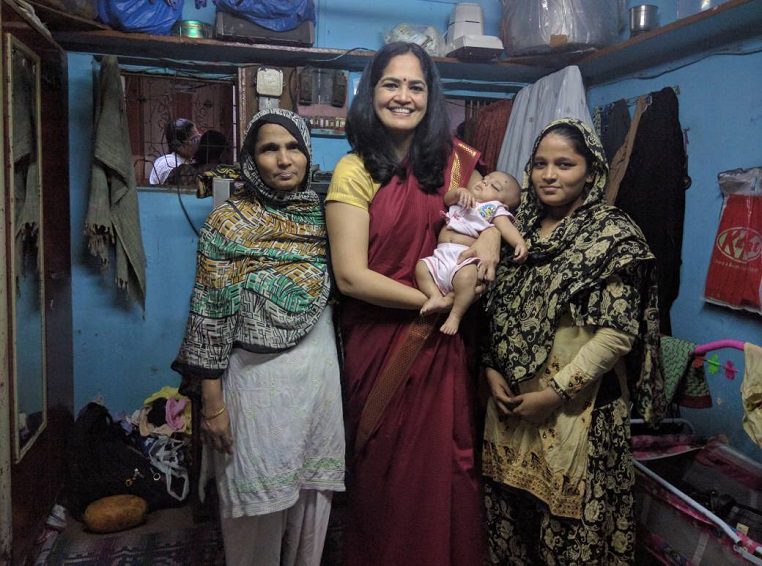 Dr Aparna Hegde with her patient

Raised in the Pant Nagar chawl in Mumbai’s Ghatkopar, Hegde realized early on that she wanted her life to center around three pillars: science, service, and research. She has spent her career making that happen. After she completed her residency at Sion Hospital, Dr Hegde went to the US to study at Stanford University and then did her fellowship at Cleveland Clinic in Ohio. She decided to return to Mumbai and began working with hospitals in the country’s financial capital. She is Associate Professor of Urogynecology and is setting up the upcoming Department of Urogynecology at Cama Hospital, Grant Medical College, Mumbai, India’s first comprehensive Center of Excellence in the field. She is also the Founder and Director of the Center for Urogynecology and Pelvic Health, Delhi and Consultant Urogynecologist at Global Hospital, Surya Hospital and Women’s Hospital, Mumbai.

This is apart from her work at ARMMAN, which she founded while completing her medical studies in the US. Dr Hegde had her share of sceptics; it took her five years to get any external funding. Today, her NGO which partners with the government and other NGOs in 17 states, represents one of the largest mobile health programs in the world and a lifeline for women in India. ARMMAN has reached more than 24 million women and has trained more than 170,000 local health workers.

A typical day for Dr Hegde, who was also chosen as last year’s TED Fellow, begins at 4 am with about three hours of research work. This is followed by a spot of exercise and breakfast after which she gets ready for work at Cama Hospital, where she reports by 8 am. Here she usually sees patients with pelvic floor problems for free. In an interview, she told Forbes India,

“I always found it absurd that the higher you go, the more inaccessible you become to poor patients. I didn’t want that to be the case, so I serve at Cama Hospital, every day.”

She helped set up the hospital’s COVID-19 ward, and spends time every day here examining prenatal and post-natal patients. After work at Cama, she usually heads to her private practice. 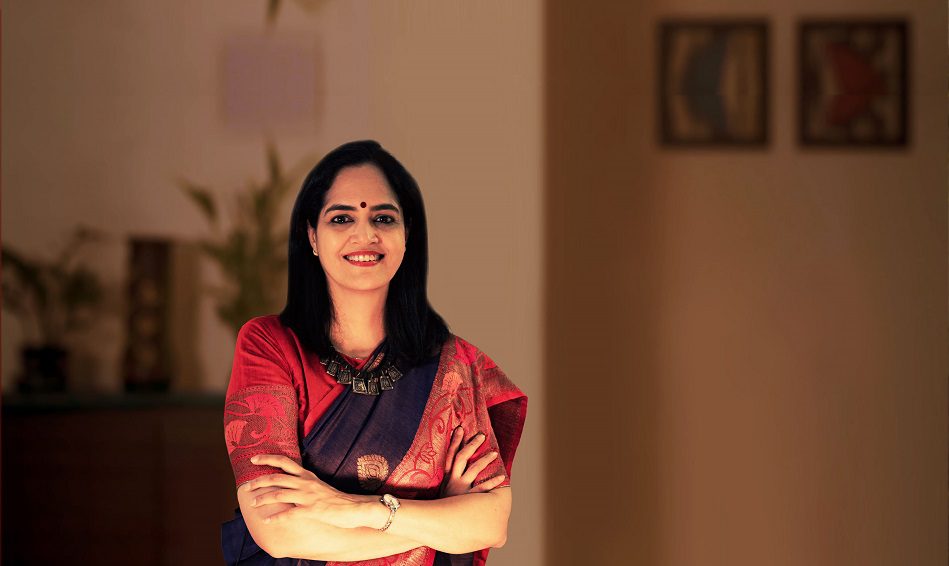 In an interview with Vogue, Dr Hegde spoke about the many hats she juggles. “I’m lucky to be in a field which is an amalgamation of all my passions, and allows me to give back to the community. Through my experiences as a resident at Sion Hospital, I saw first-hand that women were dying of many preventable causes. I realised that when you start digging beneath the surface of society, there is extreme indignity. The poor deserve to have access to dignified treatment. The quality of women’s lives matter,” she says.

She adds, “For every woman that dies, 30 others suffer. Ninety percent of these deaths are preventable. I knew that if I had to make a difference, I could only do that if I went into the community.”