When Shriya Srinivasan, a postdoctoral medical researcher at Harvard Medical School, came up with a ventilator multiplexer amidst a raging pandemic, she hoped to solve a million problems with one medical device. At the peak of the pandemic, a shortage of ventilators had patients gasping for breath. Srinivasan’s ventilator-splitter could reduce this requirement by half.

“The problem with earlier ventilator multiplexer models was that they could not be customized to treat each patient,” Srinivasan told Global Indian in an exclusive interview. “Splitting them uniformly between two patients can be injurious to each patient.” 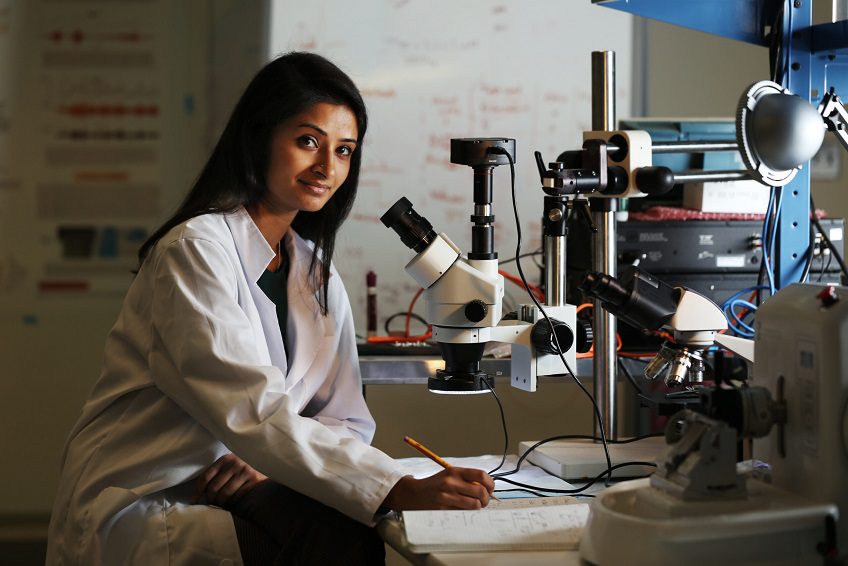 What Srinivasan and her cohort of researchers did was incorporate individualized controls. In other words, doctors can now treat two patients with a single ventilator while customizing the settings to suit specific medical requirements.

Soon after the research was published in the Science Translational Medicine journal, she sought to industrialize the life-saving equipment given the dire global shortage. “We partnered with a Bengaluru-based startup to add a digital monitoring component to the ventilator multiplexer and get it ready for global deployment,” says Srinivasan.

However, by the time Srinivasan’s splitter hit the market, India’s second wave had begun to ease, leaving the healthcare ecosystem with less appetite and funds for innovation. The Indian American researcher says,

“It was incredibly challenging to reach the healthcare market in India. I felt like I was fighting an uphill battle to deploy these units.”

She added that the reason for a sluggish response was both monetary and bureaucratic. Nevertheless, over two dozen units have been deployed and the splitter may come in handy to tackle the imminent forthcoming waves.

This Global Indian medical engineer is not new to innovation and her earlier attempts at accessible healthcare equipment stand testimony to it. Her past research focused on surgical innovations which allow a better connection between the human body and prosthetic limbs. “For people with amputations, we’ve seen great improvement in their mobility, pain profile and their ability to sense phantom limbs,” she says. While some techniques are already implemented in individuals fitted with prosthetic limbs, others are on clinical trials.

Srinivasan was born and raised in the US after her parents Srinivasan Ranganathan, a senior project manager in an IT firm, and Sujatha Srinivasan, an acclaimed Bharatanatyam dancer, moved to the US in the early 1990s. Her parents belong to a conservative family in Tamil Nadu.

Following her undergraduate course at Case Western Reserve University, she pursued the prestigious program in medical engineering and medical physics from Harvard-MIT Health Sciences and Technology.

Being a first-generation immigrant hasn’t been easy on Srinivasan. It left her with an identity crisis in childhood. “Any child that follows one culture at home and another at school would go through this identity crisis on where do you fit in,” she recalls. But she managed to channel her crisis to her advantage. 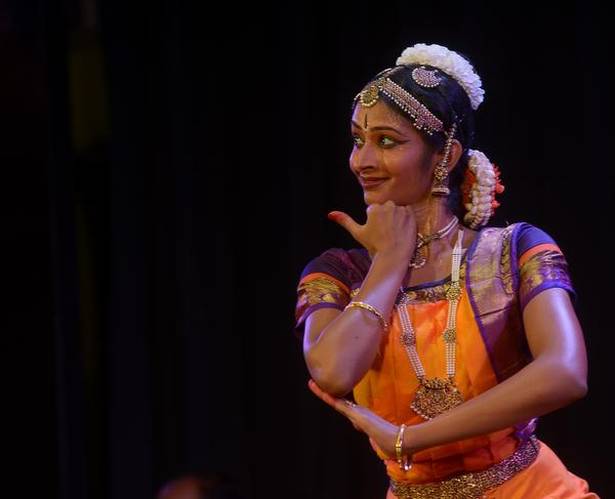 Shriya Srinivasan during a dance performance Photo Courtesy: The Hindu

Perhaps this is what motivated her to set up Anubhava Dance Company – a Bharatanatyam platform to perform and train together – to help fellow Indian-Americans to learn this classical art form. “I’ve been learning dance from a very young age. It’s a very big part of my life,” says Srinivasan, who routinely performs at the famed Chennai’s December Margazhi season.

Srinivasan and members of the company have performed at shows in over 15 American cities. “It’s hard to carry something like Bharatanatyam over here [in the US]. It requires so much history, language, music, and culture. It’s like a full package you need to know to be productive and carry it forward,” she emphasized.

While Srinivasan’s long-term goal is to conjure up accessible and affordable healthcare apparatus, she is also determined to firm up her Indian roots through Bharatanatyam.

Ever since the first wave of the pandemic in 2020, medical facilities across the world have faced an accute shortage of ventilators; an oft life-saving option for patients. In this regard, India is in many ways an archetype of the challenges that many developing countries face. It is a crucible for any innovation to succeed at scale; and any innovation with respect to COVID-19 should be lauded. Shriya’s work will have a global impact in the way imminent waves of the pandemic will be dealt with and can possibly save millions of lives.
Connect with
Connect with
0 Comments
Inline Feedbacks
View all comments